What do you know about Chinese T54 wheelchair racer Wenjun Liu? 17 Jun 2017
Imagen 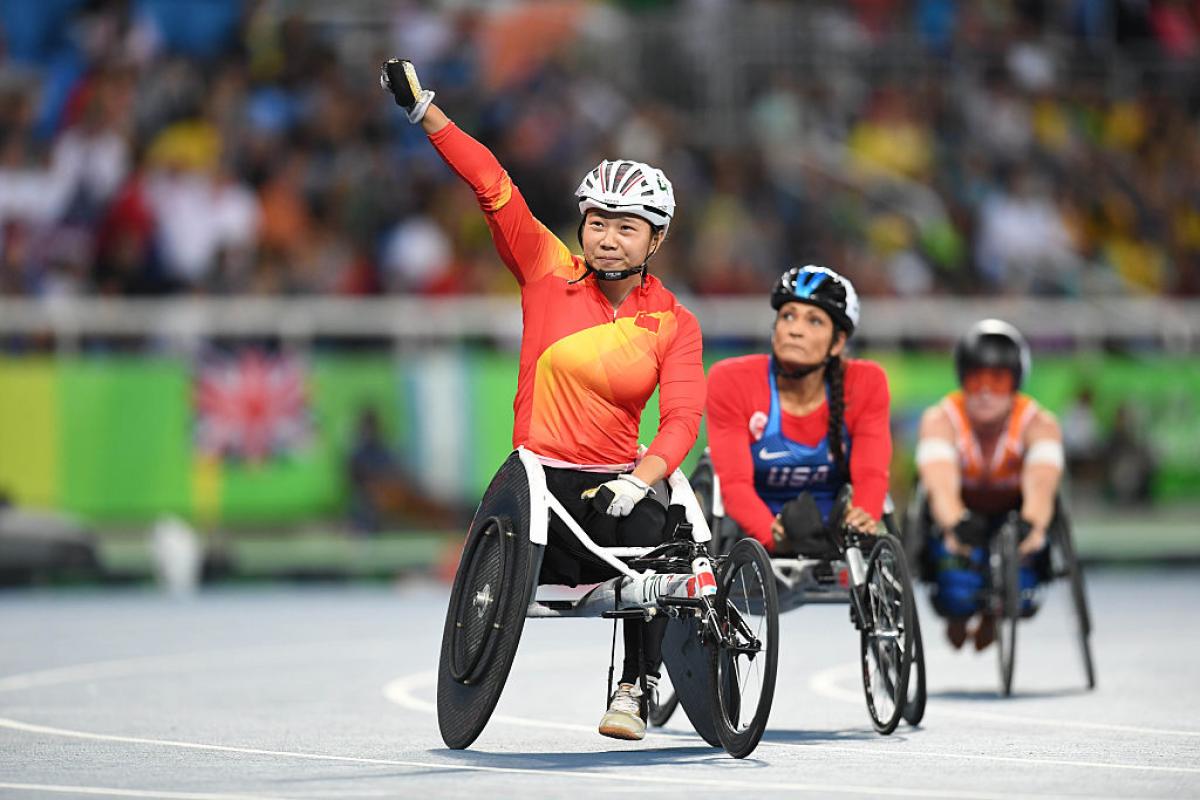 Wenjun Liu of China celebrates after winning the women's 100m - T54 final on day 2 of the Rio 2016 Paralympic Games at Olympic Stadium on September 9, 2016 in Rio de Janeiro, Brazil.

Thirty-two-year-old Wenjun Liu is one of World Para Athletics’ 2017 ‘Ones to Watch Athletes’. Here's what you need to know about the Paralympic champion.

1) Wenjun Liu made her senior international debut at the 2006 World Championships in Assen, the Netherlands, one year after taking up Para athletics.

2) She lost her right leg after being involved in a car accident at age two.