World records were broken in 12 of the 20 weight categories, but which were the most impressive of the bunch? 23 Sep 2016 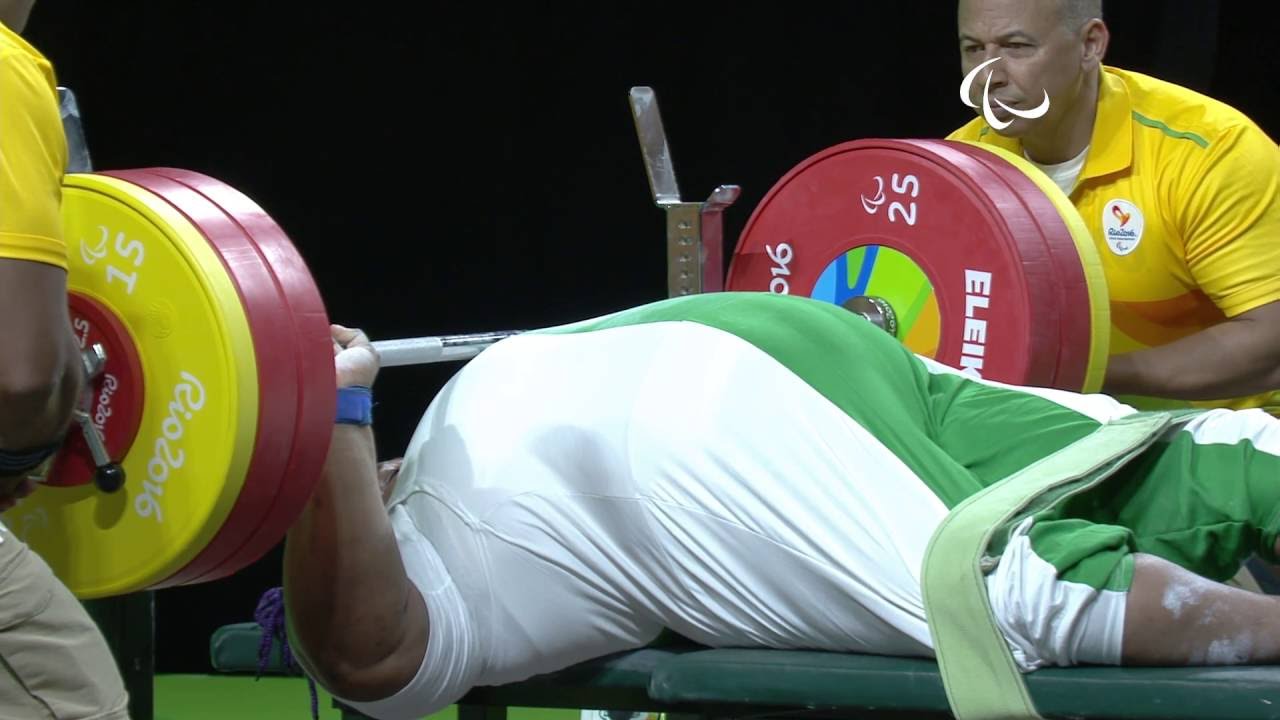 Around 180 powerlifters gathered in the Riocentro Pavillion 2 at the Rio 2016 Paralympic Games, aiming to put in their best performances on the world’s biggest stage.

And impress they did, with world records falling in 12 of the 20 weight categories.

Here are just a selection of the best.

An obvious choice but still well worth mentioning, Iran’s Siamand Rahman took the sport to new heights with his record-breaking performance.

With his mark standing at 296kg before the Paralympics, Rahman came determined to reach 300kg. But he surprised everyone by reaching and then surpassing it with 305kg followed by a final 310kg lift. That is the equivalent of two baby elephants or a Siberian tiger.

The world’s strongest female Paralympian came to the fore to smash the world record for the women’s heavyweights.

Nigerian world champion Josephine Orji, previously known as Precious, added 7kg onto her own best from 2015, lifting 160kg in the fourth round.

Sherif Osman, men’s up to 59kg

Having moved up to the weight category following the 2014 IPC Powerlifting World Championships, Osman was the man to beat in Rio.

With his first lift of 203kg well clear of his nearest opponents, Othman decided to go for broke and attempt to break his own world record of 210.5kg.

It took perseverance and grit to make it. After two failed attempts he had to resort to a fourth round lift to claim the prize and a new best of 211kg.

Lucy Ejike, women’s up to 61kg

With world champion Amalia Perez competing in the weight category below, Nigerian Lucy Ejike saw her chance to shatter the Mexican’s world record of 133kg.

She did so with her opening lift, adding 3kg, before going on to successfully push 138kg. By the time the third round came around Ejike was breaking world records for fun, finishing with a flourish on 142kg.

Amalia Perez, women’s up to 55kg

Paralympic and world champion Perez had some catching up to do after failing her first round lift. After the second, the Mexican sat in second place with 120kg, 7kg behind Nigeria’s Esther Oyema. However Oyema failed her third round attempt of 130kg, leaving Perez to pick up the pieces with her own successful lift at the same weight.

Rio 2016
Five things we learned about powerlifting at Rio 2016