Last two positions for the Rio 2016 wheelchair rugby competition to be awarded in Paris in April. 18 Dec 2015
Imagen

"This is the first time that every position at the Paralympic Games has been earned in head to head competition between countries."

The International Wheelchair Rugby Federation (IWRF) has awarded the rights to host the first-ever Paralympic Qualification tournament for wheelchair rugby to the bid submitted by the Fédération Française Handisport. The tournament will be the final opportunity for countries to qualify for the wheelchair rugby competition at the Rio 2016 Paralympic Games.

The tournament will take place at the Stade Louis Lumière in Paris, France, from 16-22 April 2016. Six teams will be invited to participate, including host country France, Denmark, Germany, Ireland, New Zealand and the USA.

Countries were selected for invitations based on their placings at the 2015 IWRF Zone Championships and on the IWRF World Ranking List.

The top two teams at the 2016 IWRF Paralympic Qualification Tournament will earn spots at the Rio 2016 Paralympic Games.

"This is the first time that every position at the Paralympic Games has been earned in head to head competition between countries," said IWRF President John Bishop. "This represents a real step forward in our competition system, and will help ensure that we will see the very best wheelchair rugby countries in the world in Rio next September."

The Qualification Tournament was awarded through a competitive bid process run by IWRF. From eight initial bids, a short list of three bids was selected for the final assessment. The bid from Paris, France, was selected over competing bids from Katowice, Poland, and Nottwil, Switzerland. 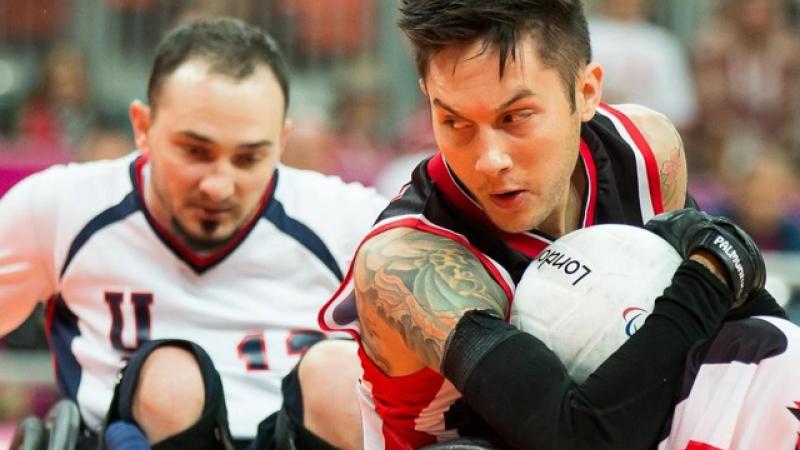