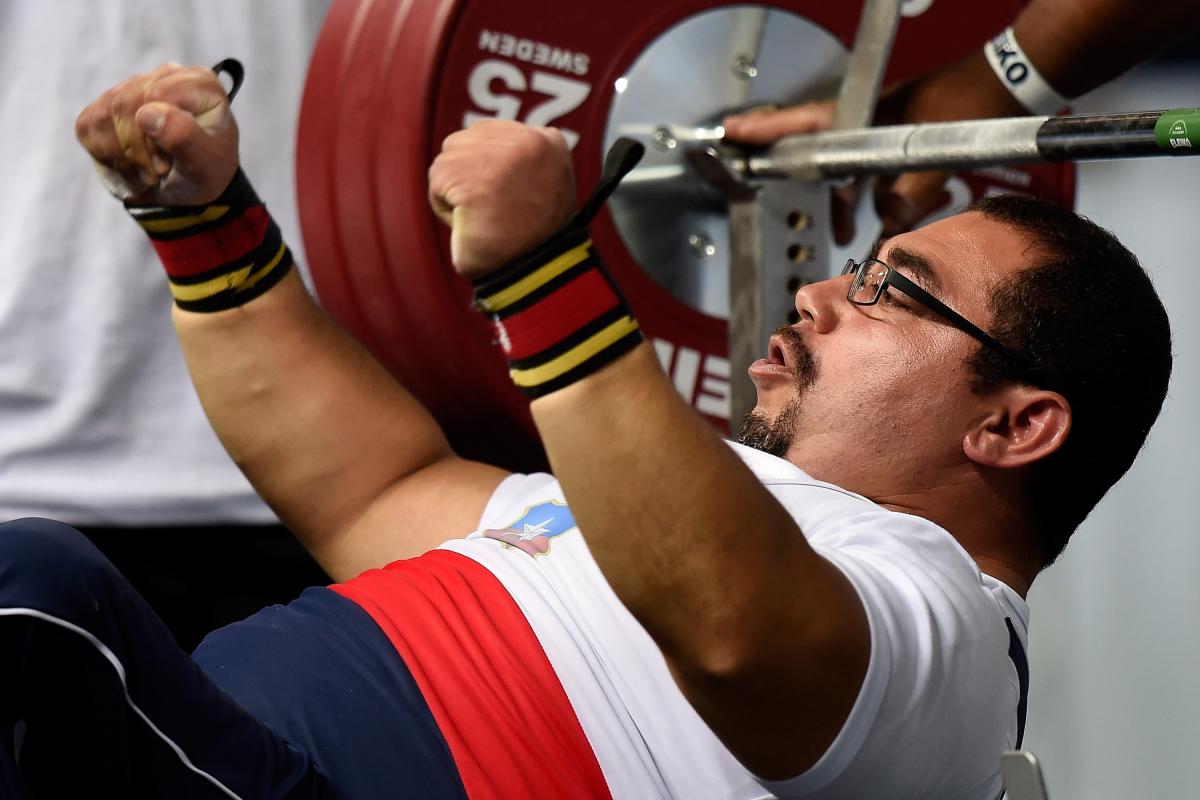 Sixteen years after making his Paralympic debut at Sydney 2000, powerlifter Juan Carlos Garrido is set to compete at his second Paralympic Games in Rio, this September.

The Chilean concluded his career in 2004 but came back from retirement three months before the Guadalajara 2011 Parapan American Games, where he collected bronze.

Since then, the 36-year-old has consolidated his position as one of the strongest powerlifters in the men’s up to 59kg.

“My main goal is to reach the Paralympic podium in Rio,” said Garrido.

“This Games is going to be extremely important for our continent and will help develop Para sports across the region.”

Garrido was chosen to carry Chile’s flag at the Opening Ceremony at the mythic Maracana stadium, on 7 September.

“I am proud of having this opportunity. It is a huge honour,” he said.

“Rio 2016 will be special for me because I will be my country’s flagbearer and because I truly believe I can fight for something important.”

Great Britain’s reigning world champion Ali Jawad, Iran’s Hamzeh Mohammadi, Nigeria’s Anthony Ulonnam and China’s Xuefeng Lu will be others to look out for in Rio.

“All those athletes can win a medal,” said Garrido.

Sydney 2000 was the Chilean’s first Paralympic Games, finishing sixth in the men’s up to 48kg. Athens 2004 could have been his second, but in the end he failed to make weight.

“I went to Athens to compete in the men’s up to 56kg, but my Federation made a mistake and enrolled me in the up to 48kg. I made a huge effort to make the weight but could not,” said Garrido.

“I was so disappointed that I decided to retire. Only in 2011, with the support of my coach Victor Rubilar and inspired by my daughter Ivanna Belen, I came back.

“If I had not stopped competing, I believe I would have won a Paralympic medal before.”

In 2014, Garrido claimed the Para South American title on home soil and finished fifth at the World Championships in Dubai, United Arab Emirates. In the following year, he went on to win gold at the Toronto Parapan American Games.

Last January, Garrido set a new Americas record of 186kg on his way to gold at the IPC Powerlifting World Cup Rio.

“Topping the podium left me very satisfied and gives me more confidence ahead of the Paralympic Games,” he said.

“I now hope to climb onto the podium. The gold medal is the biggest achievement an athlete can aspire to and I have dreamed of winning one a thousand times.”