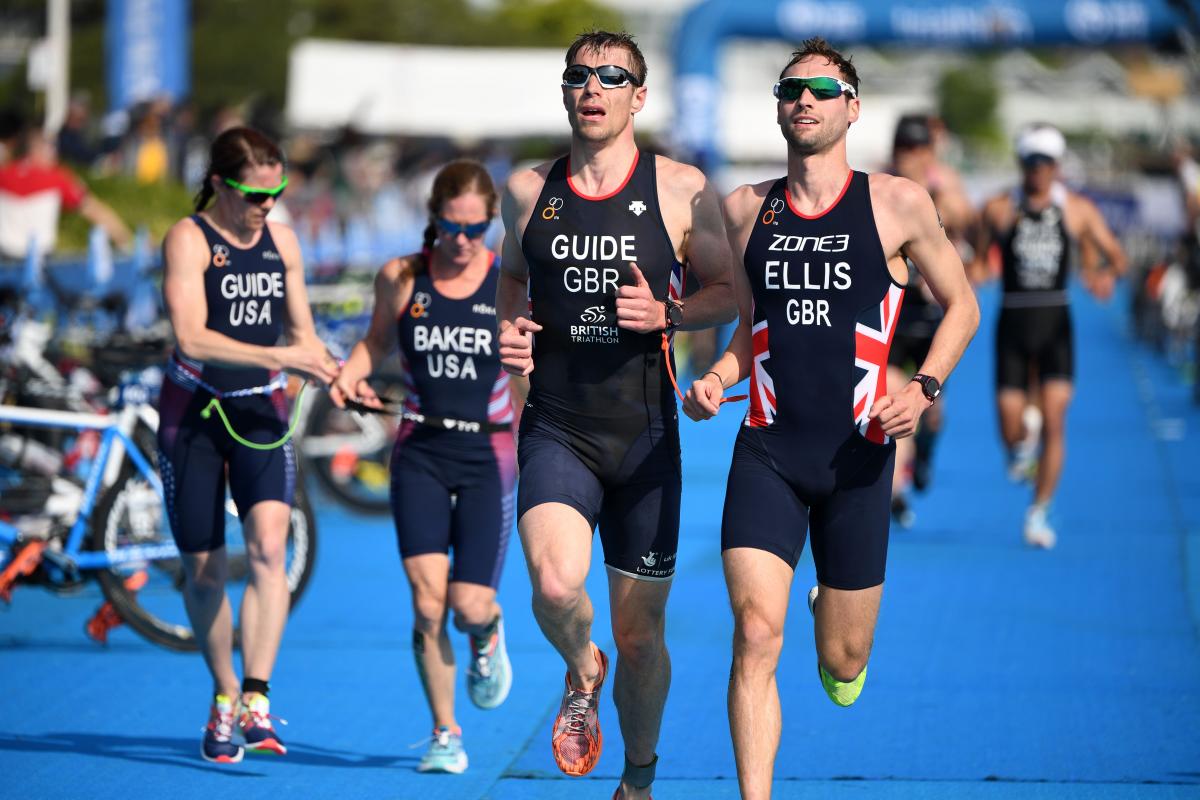 Just a few days after claiming silver at the UCI Para Cycling Road World Cup in Belgium, British Para triathlete George Peasgood had another brilliant performance on the other side of the world. He was the first to cross the finish line at the 2018 Yokohama International Triathlon Union (ITU) World Para Triathlon Series (WPS) in the PTS5 class on Saturday (12 May) in Japan.

In the female category, the victory went to his compatriot Lauren Steadman, making it a great day for the British Para triathletes over the weekend.

Yokohama welcomed more than 80 Para triathletes from all over the world with a sunny and warm day competing in 12 classes over a sprint distance course.

The Rio 2016 Paralympic gold medalist and double world champion Jetze Plat performed exactly as planned in Yokohama, to claim the title with a flawless race. The Dutch athlete led his category in the swim, the bike and the run. Right behind him, his teammate Gert Schipper, who did not have the best swim but never gave up and was even faster than Plat in the last segment of the race, enough to grant him the silver medal. In third place was the 2018 Commonwealth Games golden boy Joseph Townsend from Great Britain.

In the women’s category, the victory was for local Wakako Tsuchida, who despite having one of the slowest times in the swim, overcame all the competitors with an excellent run, almost four minutes faster than her rivals. Behind her, another hero from the Commonwealth Games, the Aussie Lauren Parker, an athlete who suffered the accident that left her paralysed only one year ago and is improving race by race. On her third race as a Para triathlete, she grabbed the silver medal. The USA’s Ahlya Lettemberger is one of the newest faces in the circuit and took third place.

Great Britain’s current world champion Dave Ellis had a dominant performance with over a minute difference on each of the three segments, to beat one of the newcomers this season: Jose Luis Garcia Serrano and his guide. The Spaniard is having his best seasons ever, after claiming silver in Aguilas World Cup last weekend and again silver in WPS Yokohama. Slovenian Alen Kobilica was third.

In the women’s category, the victory was for another Spanish tandem in Susana Rodriguez and her guide. They were closely followed by the USA’s Elizabeth Baker (USA), and then Italy’s Anna Barbaro and her guide.

Mark Barr gave the USA a gold medal in the PTS2 class. His past as a swimmer gave him enough distance with another of the race favourites, French Stephane Bahier, who finished second. Spaniard Lionel Morales had the fastest run split to earn the third place.

The US saw more glory in the women’s side as Allysa Seely took the lead of the race since the first strokes in the water and never gave up that first position. Her teammate Hailey Danz crossed the finish line next, with the British Fran Brown claiming bronze.

With only three men competing in this class, Australian Justin Godfrey was the last athlete out of the water, but his strong bike skills along with his dominant run were enough to get him the second title of a World Para triathlon Series, after the one he got in Gold Coast in 2017. Behind him was British Ryan Taylor and then Spaniard Joaquin Carrasco on third place.

The second French gold medal of the day was for Alexis Hanquinquant, who has improved substantially his run to be able to keep the pace and stay on top of the podium. The USA’s Jamie Brown and Great Britain’s Steven Crowley went two-three respectively.

Home favourite Mami Tani had one of the best swim segments of the day. The Japanese and current world champion managed to keep herself in the lead despite the efforts of Russia’s Anna Plotnikova*. Australia’s Sally Pilbeam was third.

The best time among all classes in WPS Yokohama was for British Para triathlete George Peasgood. Russian Alexandre Ialchik* had to fight for the second place with the USA’s Chris Hammer, who ended up in third place.

It was similar in the women’s competition, as Great Britain’s Lauren Steadman had the best results ever on an Olympic distance beating Rio 2016 gold medallist Grace Norman from the USA. France’s Gwladys Lemoussu was third.

Complete results from the Yokohama World Para triathlon Series can be found on the ITU’s website. 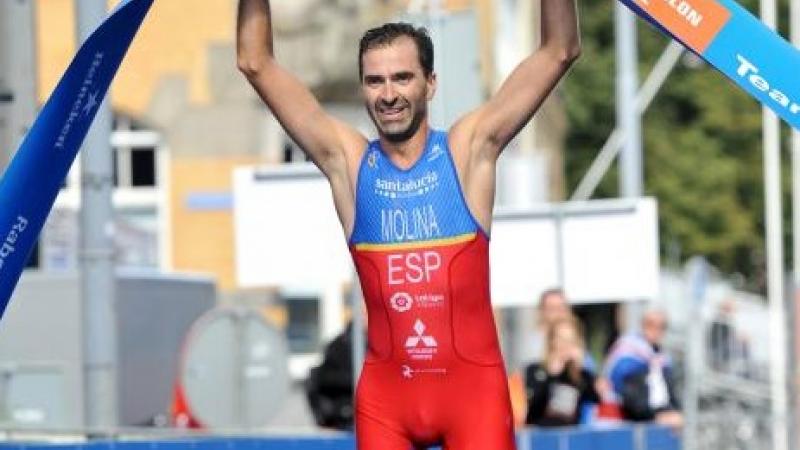 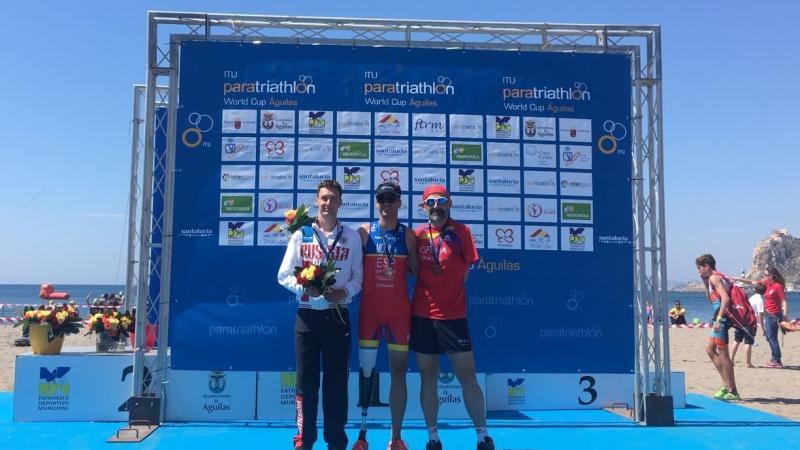