The British wheelchair fencer was among the Rio 2016 medallists to record their first wins of the season. 22 Mar 2017
Imagen 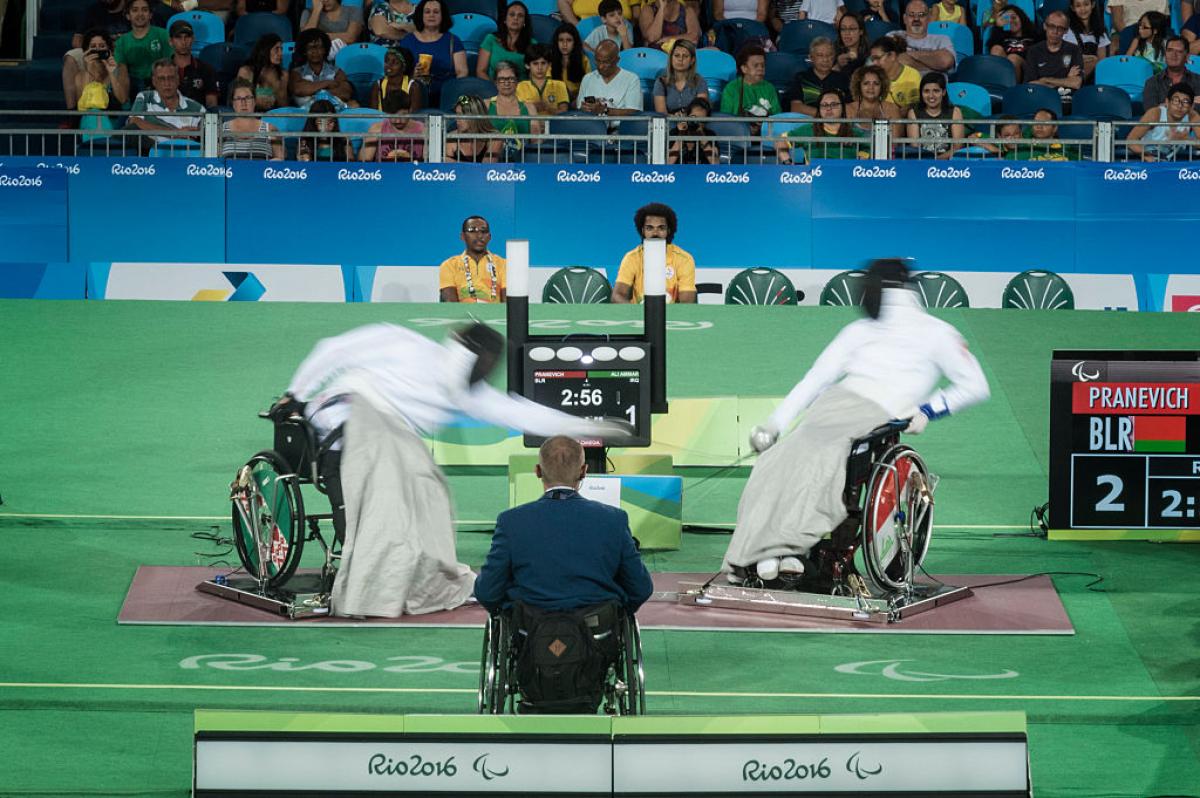 Great Britain’s Piers Gilliver came away with double victories, winning the men’s epee and sabre category A events. Silver medallist in the epee from Rio 2016, Gilliver defeated host nation’s Matteo Betti for the top of the podium. The 26-year-old then got the best of Ukraine’s No. 1 ranked and defending Paralympic gold medallist Andrii Demchuk, 15-9, in the sabre.

Poland’s Adrian Castro found his first victory of the season in Pisa. The reigning world champion and Paralympic bronze medallist held off Hungary’s Istvan Tarjanyi 15-12 for the gold medal in the men’s sabre category B. It was a refreshing win, as the 26-year-old Castro had taken runner-up at the last World Cup in Eger, Hungary.

Poland’s No. 2 ranked Mart Fidrych could not medal in Rio but left Pisa with an encouraging win over Hungary’s Paralympic bronze medallist Amarilla Veres, 15-12, in the women’s epee category A.

Two-time Rio 2016 silver medallist Richard Osvath did take a victory home for Hungary. The 32-year-old cruised past Poland’s Darius Pender 15-5 in the men’s foil category A.

Fellow Hungarian Gyongyi Dani defeated France’s Cecile Demaude for the women’s foil category B win. Demaude had to settle for second again in the epee, where she dropped to Ukraine’s Tetiana Pozniak.

The men’s Hungarian sabre team took a narrow 45-44 win over Italy for the top prize.

Complete results from the International Wheelchair and Amputee Sports Federation (IWAS) World Cup in Pisa can be found on the IWAS’s website.

The next IWAS World Cup will be from 28 June -3 July in Warsaw, Poland.

Rio 2016
Six months after Rio: Romance, not regrets for Tam