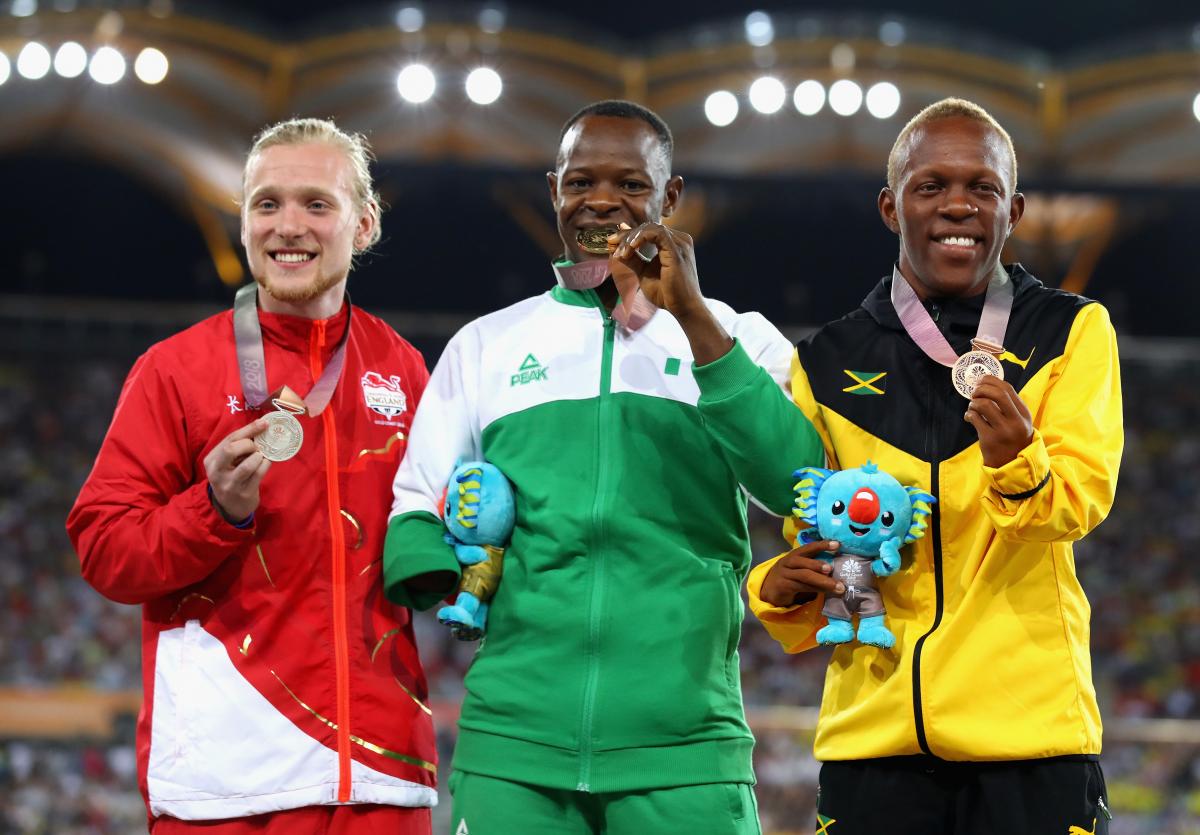 Suwaibidu Galadima celebrating on the podium together with James Arnott and Tevaughn Thomas at Gold Coast 2018.

Nigeria topped the Para athletics podium for the first time at the Gold Coast 2018 Commonwealth Games on the sixth day of competition (13 April) as Suwaibidu Galadima crossed the finish line first in the men’s 100m T47.

The 25-year-old and London 2012 Paralympian clocked 11.04 to take the first major title in his career. He seemed to have pulled a hamstring after finishing but recovered immediately.

Galadima was one of two Nigerian Para athletes competing at Gold Coast 2018, with F46 javelin thrower Goodness Chinasa Duru being the other.

Athletics competition at Gold Coast 2018 will conclude on Sunday (15 April) with the men’s and women’s marathon T54.