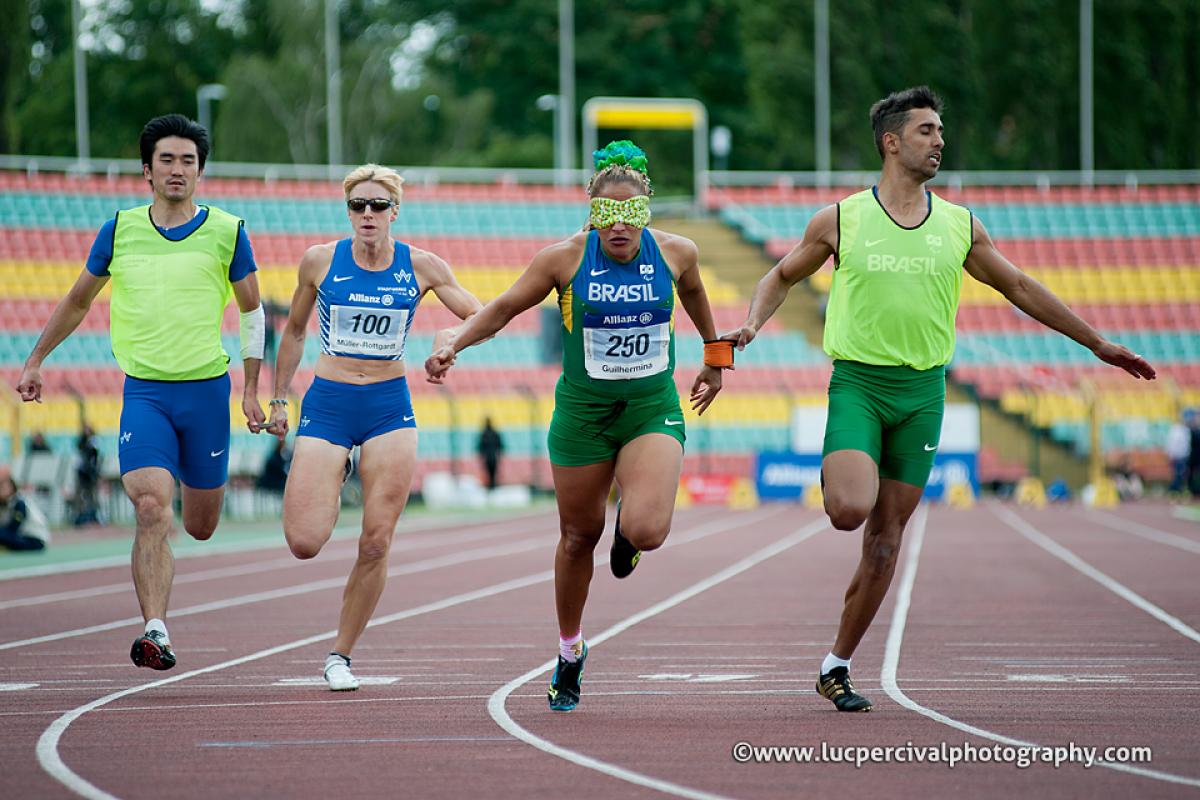 “I want to get under 12 seconds this season, and I think that will happen this year."

Terezinha Guilhermina, the multi world and Paralympic champion, insists she can blast under the 12-second barrier for the 100m T11 – and is determined to make the breakthrough sooner rather than later.

Guilhermina, 35, is one of a trio of Brazilians backing Rio to produce a stunning Paralympic Games in 2016 after football World Cup fever gripped the country.

But her first priority is to make history and break her current world record of 12.01 seconds.

Her time of 12.47 was enough to finish first at last weekend’s (20-22 June) IPC Athletics Grand Prix in Berlin, Germany, but she said: “I’m not happy with this race.

“I want to get under 12 seconds this season, and I think that will happen this year. I’m training for this, and I only need to make little adjustments to some technical details of the race and I will get there.”

Guilhermina’s work ethic – she trains for between four and six hours every day – gives her every chance of making her dreams come true.

Now she wants every Brazilian athlete to work just as hard to ensure their country’s ambitions are fulfilled at the 2016 Rio Paralympic Games.

Guilhermina said: “The World Cup is very important for Brazil, and it shows how important the Paralympic Games can be for the country too.

“The most important thing is that all the Brazilian athletes train even more and even harder than ever before to make sure, come 2016, that it’s a big party in Rio with lots of medals.”

Lucas Prado, who was introduced to para-athletics by Guilhermina, claimed first place in Berlin with a time of 11.44s in the T11 100m.

And he backed his friend’s sentiments about the promise of what is to come in 2016.

Prado said: “The football World Cup has got Brazil excited and Rio 2016 should be another brilliant moment.”

Hipolito is still only 18 years old but her reputation across the sport is growing, and she should be a major force in her home country come 2016.

She said: “I’m very happy with my race in Berlin. It’s not my best time, but it was a really fun race.

“Looking at Rio 2016, I’m really, really excited because it’s my country and it’s the Paralympic Games. I want to give my best for my country and all the people there, and hopefully it will be a great event.”

The Rio 2016 Paralympic Games will take place between 7-18 September and will feature around 4,350 athletes from more than 160 countries competing in 526 medal events across 22 different sports.