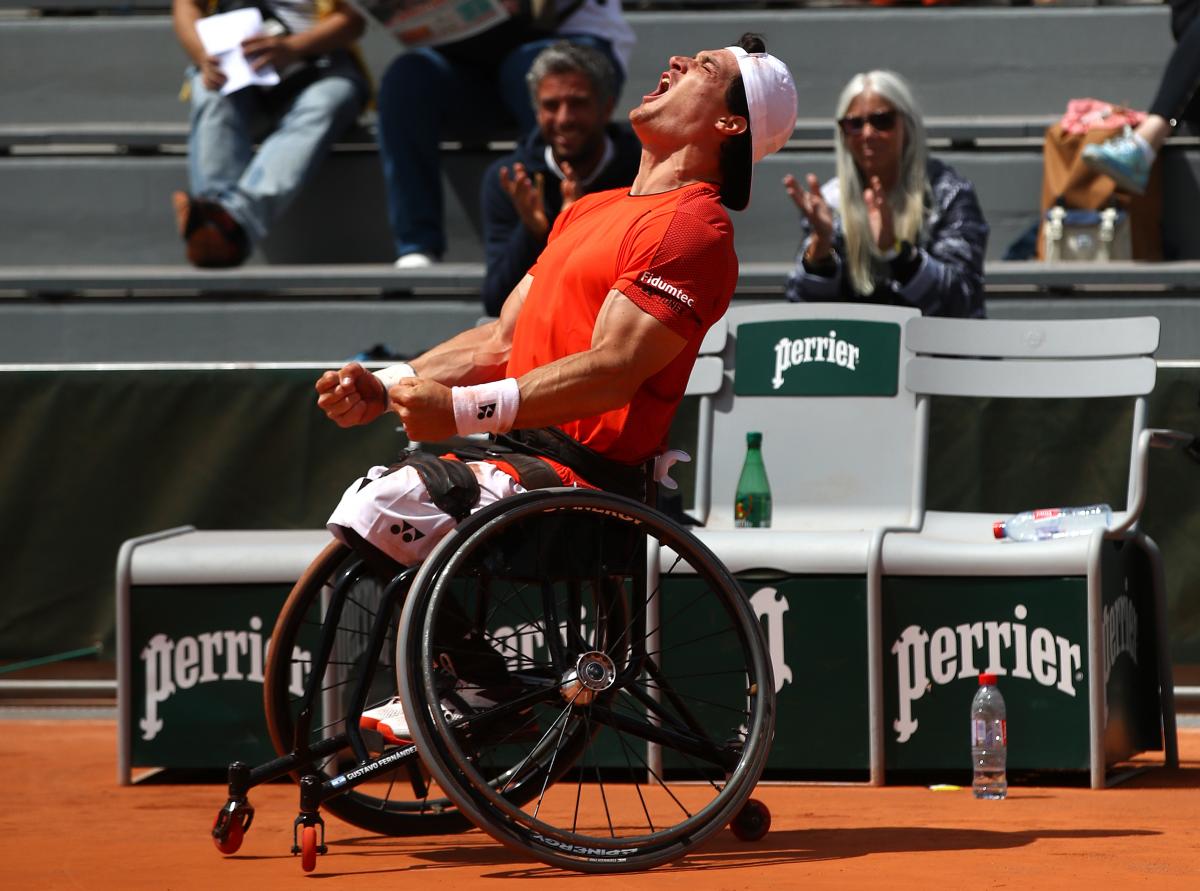 Fresh off a victory on the red clay courts at Roland Garros, new men’s world No. 1 Gustavo Fernandez will be one of the big favourites this week in the hunt for another major title at the BNP Paribas Open de France.

The fourth of the six Super Series events on the UNIQLO Wheelchair Tennis Tour begins on Tuesday just a few kilometres away from Roland Garros.

When action gets underway, the defending men’s and women’s singles champions will be the two players who triumphed on Saturday at the French Open –Fernandez of Argentina and Diede de Groot of Netherlands.

This week’s event is the first of wheelchair tennis's qualification window for the Tokyo 2020 Paralympic Games.

Fernandez will open his bid for a third successive men’s singles title in Antony as new world No.1 following his second Roland Garros victory.

However, such is the narrow gap between Fernandez and Shingo Kunieda of Japan– a mere 67 points – that things may change again over the course of the coming days.

Kunieda has already been victorious in France in the last 2 weeks winning the ITF 1 Open d’Amiens.

With eight of the world’s top 10 players on the entry list, home favourites Stephane Houdet and Nicolas Peifer and Sweden’s Stefan Olsson are all more than capable of advancing to the later rounds.

After becoming the first wheelchair player to hold all four Grand Slam women’s singles titles at the same time, world No. 1 De Groot heads a star-studded list of players.

A look at the head-to-head between De Groot and Yui Kamiji of Japan, last year’s champion and runner-up in Antony, shows 15 consecutive finals.

Aniek van Koot of the Netherlands is one of the few players other than Kamiji to have beaten De Groot this season.

After reaching the first ever Roland Garros quad singles final, Wagner returns to the hard courts hoping to extend his record for most quad titles won.

Wagner made it eight titles in 2017, but last year’s tournament saw the US player bow out in the semi-finals to Japan’s Koji Sugeno.

Sugeno went on to claim the first Super Series singles title of his career in the final after edging Great Britain’s Andy Lapthorne in three sets and all three should be among the leading contenders once again.