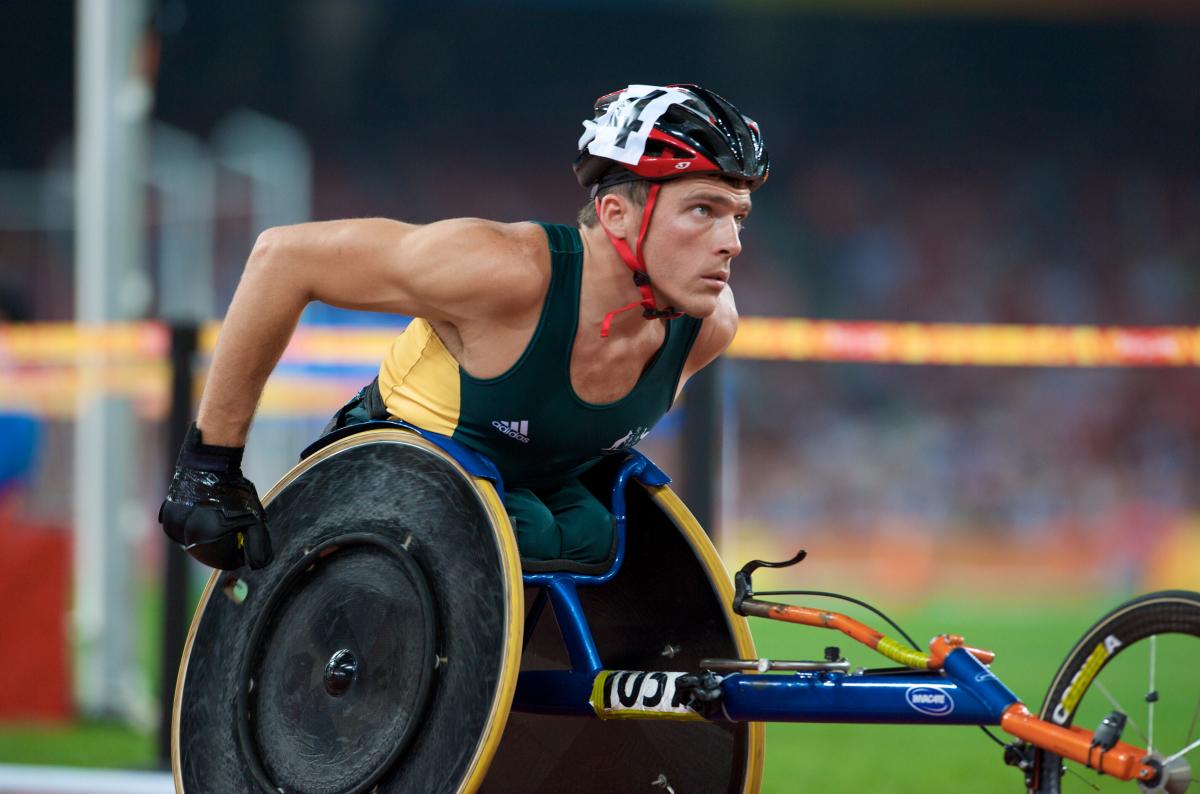 "The London Paralympics hit us with the perfect storm - a sport-mad nation with significant, dedicated funding hosted the Games in the modern online world."

Support for the introduction of a National Disability Insurance Scheme (NDIS) and the growing significance of the Paralympic Movement were key themes of the 2013 Australia Day Address delivered by Paralympian Kurt Fearnley on Tuesday night (22 January).

“Kurt is to be congratulated for his delivery of the 2013 Australia Day Address. It is a rare honour extended to outstanding achievers in their chosen pursuit, and as a multiple Paralympic gold medallist who has also excelled in other fields, Kurt is certainly worthy of such an honour,” Hartung said.

“The speech was given with Kurt’s typical spirit and passion, and most notably, provided strong insight into living with a disability.

“Like the APC, Kurt has always been a staunch advocate for disability rights and improving the lives of the hundreds of thousands of Australians who live with a disability.

“The views Kurt expressed regarding the introduction of the NDIS are strongly supported by the Australian Paralympic Committee, and he is to be commended for using this important stage to highlight the challenges people with a disability are still facing on a daily basis.”

“The NDIS is of critical importance, and while the details of the scheme that have been provided are a step in the right direction, there is still a long way to go before a reasonable outcome is achieved,” Mr Hartung said.

It is a outlook shared by Fearnley, who stated that while improvements in medical research and technology had reduced the impact of disability in Australian society, more needed to be done without further delay.

“The introduction of the NDIS won’t be an instant success and fix all wrongs, but it will help. We must make the realisation that change is the only way forward.”

As well as recounting his childhood spent in the NSW Central West town of Carcoar, and his highly publicised crawl across the Kokoda Track in 2009, Fearnley also reflected on his career as a Paralympic wheelchair racer during his emotion-charged 25 minute speech.

In declaring the London Games ‘the best Paralympics I have ever participated in’ Fearnley also spoke proudly of the Paralympic movement’s vast growth he has observed during his career.

“The London Paralympics hit us with the perfect storm - a sport-mad nation with significant, dedicated funding, hosted the Games in the modern online world,” Fearnley said.

“The culmination was amazing - professional athletes produced awe-inspiring performances in front of full houses, in every sport, every session, and it was all broadcast around the world to millions of people.”

“In Australia today, our Paralympic journey continues but isn’t over. Through the professional support of the Australian Paralympic Committee we’re progressing, but the level of public and corporate recognition is far from the UK standard,” Fearnley said.

Mr Hartung said any perceived gap between Paralympic sport in the United Kingdom and Australia is closing quickly.

“Kurt drew attention to the work of the Australian Paralympic Committee and the role it has played in the growth of Paralympic sport generally,” Mr Hartung said.

“London 2012 was indeed a breakthrough Games for our movement and proved beyond doubt that Australia’s appetite for Paralympic sport is greater than ever.”

Mr Hartung pointed to the sharp increase in Australian media coverage and the spike in registrations for programmes delivered by the APC as compelling evidence of this growth.

“Registrations for the APC’s Paralympic Talent Search Program have increased more than five-fold since the Paralympic Games and we have also received more than 250 requests for disability classification from around Australia.”

“This shows that the wide spectrum of programs and initiatives that have been developed by the APC are making a real impact.”

“However, as Kurt mentioned in his Australia Day Address, our journey continues. There is still a lot of work to be done,” Mr Hartung said.

A full transcript of Fearnley's address can be found here

Greg Hartung is the President of the Australian Paralympic Committee.