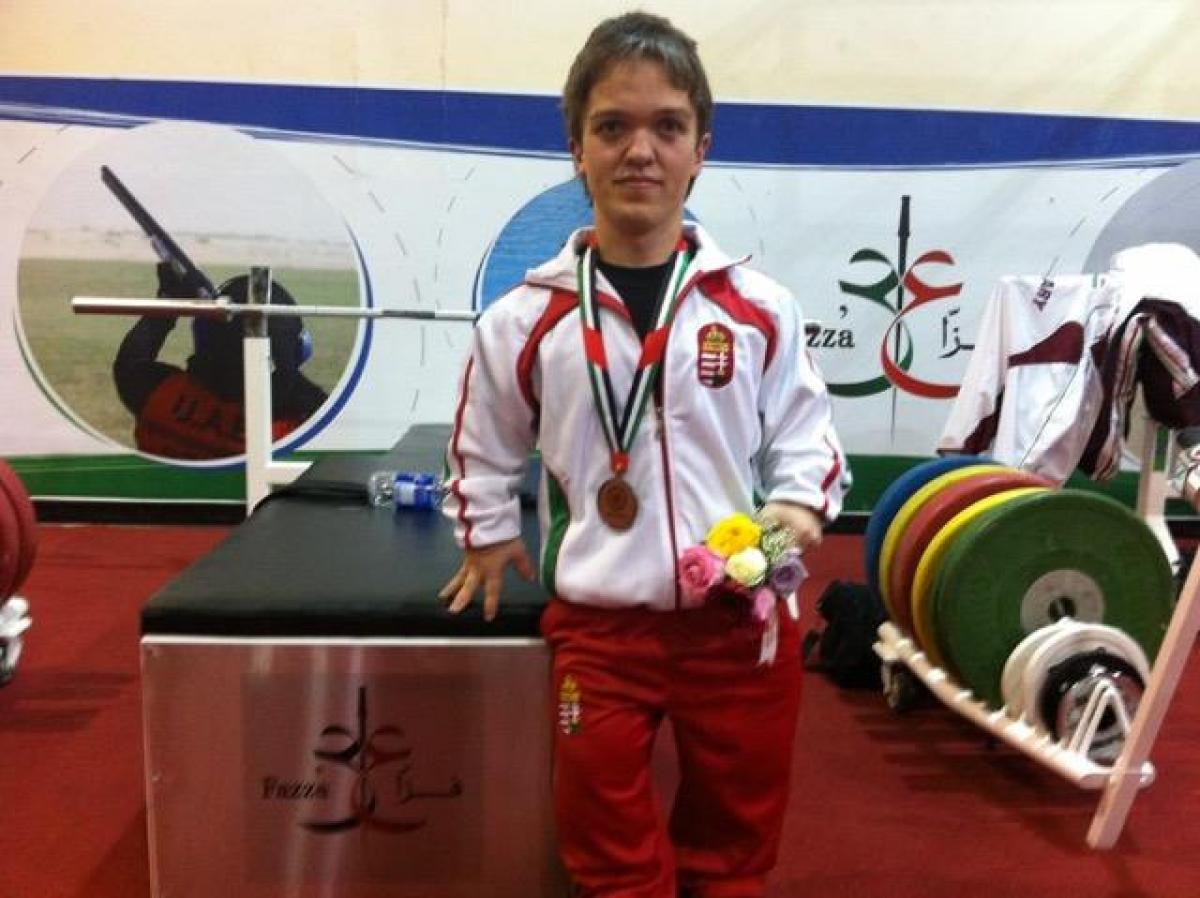 “At a European championship it is also counts as victory when one of our athletes lifts the highest weight in their own performance."

The hosts of the 2015 IPC Powerlifting European Open Championships have announced an 10-strong team that will represent Hungary from 24-28 November in Eger.

The team have just completed an intense training period and the focus has now shifted to maintaining athletes’ competitive form.

“As powerlifting results can be measured well, in my opinion success is not just reaching the podium based on performance” Peter Farago, coach of the Hungarian Powerlifting Federation, said. “At a European Championship it also counts as victory when one of our athletes lifts the highest weight compared to their former results."

Farago also said that he expected new team members to perform well, while more experienced athletes should have at least two good lift attempts each.

In the seniors, Nandor Tunkel is positioned as a contender in the men’s up to 49kg. Sandor Sas is also likely to be in his best form in the men’s over 107kg alongside the ‘great old man’ Csaba Szavai who still competes actively at the age of 57.

“Competing as a Hungarian athlete at a Hungarian venue is advantageous and disadvantageous at the same time" added Farago. “It is an advantage because we do not need to travel or adjust to unknown circumstances. Family members, friends and fans may be among the audience, which could also be a disadvantage as they can make athletes more nervous. But it is our job to help them overcome their nerves.”

Andras Ronaszeki, President of the Hungarian Powerlifting Federation said: “Although there were several competitions in spring and also in the summer, we thought it would be good tactics to reserve our strength for the European Championships. Thus we can have a clearer understanding of what results we need to achieve to qualify for the Paralympic ranking list of eight. The two competitions left until Rio can also be opportunities to improve.”

The 2015 IPC Powerlifting European Open Championships will gather more than 230 athletes from 44 countries between 24-28 November, for the biggest regional Championships of 2015.

It follows the first Americas Open in Mexico City and the Asian Open in Almaty, Kazakhstan.