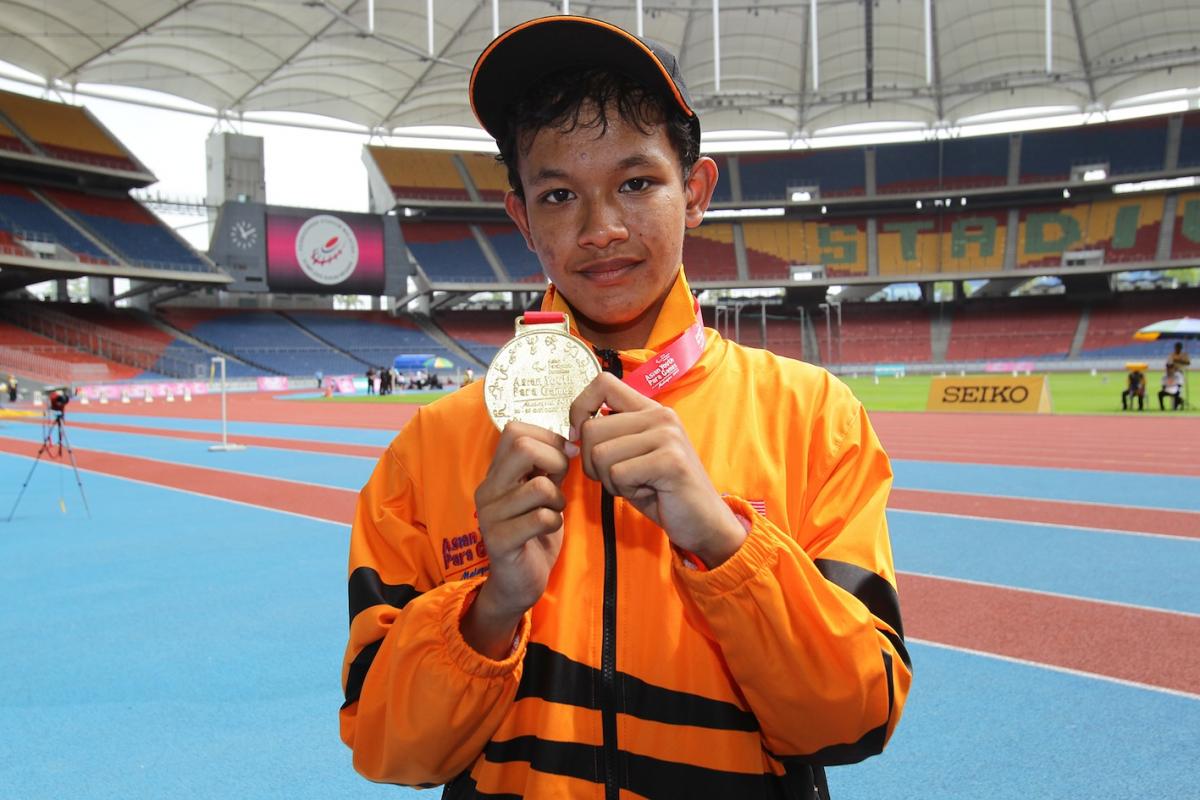 It was a perfect day for Malaysia as the host nation bagged three gold medals on the opening day of track and field at the Asian Youth Para Games Malaysia 2013 in Kuala Lumpur.

However, it was Japan who enjoyed the better of the first day collecting four gold medals and one silver in athletics to the top the overall medal standings ahead of Malaysia and Iran in second and third respectively.

Mohd Fitry Ghani, Mohd Nor Aiman Nor Afendi and Nur Aziah Shahnizam prevailed in their respective events to provide the hosts with a stunning opening day of the five-day multi-sports competition.

A delighted Fitry, who is visually impaired, defeated Thailand’s Kettes Chanathip for the country’s first gold medal. “I’d like to thank my family, friends as well as the contingent for supporting me. I’m so happy and proud that I won the first gold,” said Fitry, whose idol is world shot put champion, Mohd Ziyad Zolkefli.

The Asian Youth Para Games is a multi-sport event held every four years for youth athletes with physical impairments. The first Games were held in 2003 in Hong Kong and after a six-year lapse, the second edition was hosted by Tokyo, Japan in 2009.

This year’s edition in Kuala Lumpur carries the slogan “Where Passion Grows, Dreams Fulfilled, Friendships Strengthened”, and fittingly, will see some 1,200 athletes and officials from 30 nations compete in more than 600 events/disciplines.