South Korea stormed to team gold in R3 on day two of competition at the Asian Para Games. 21 Oct 2014
Imagen 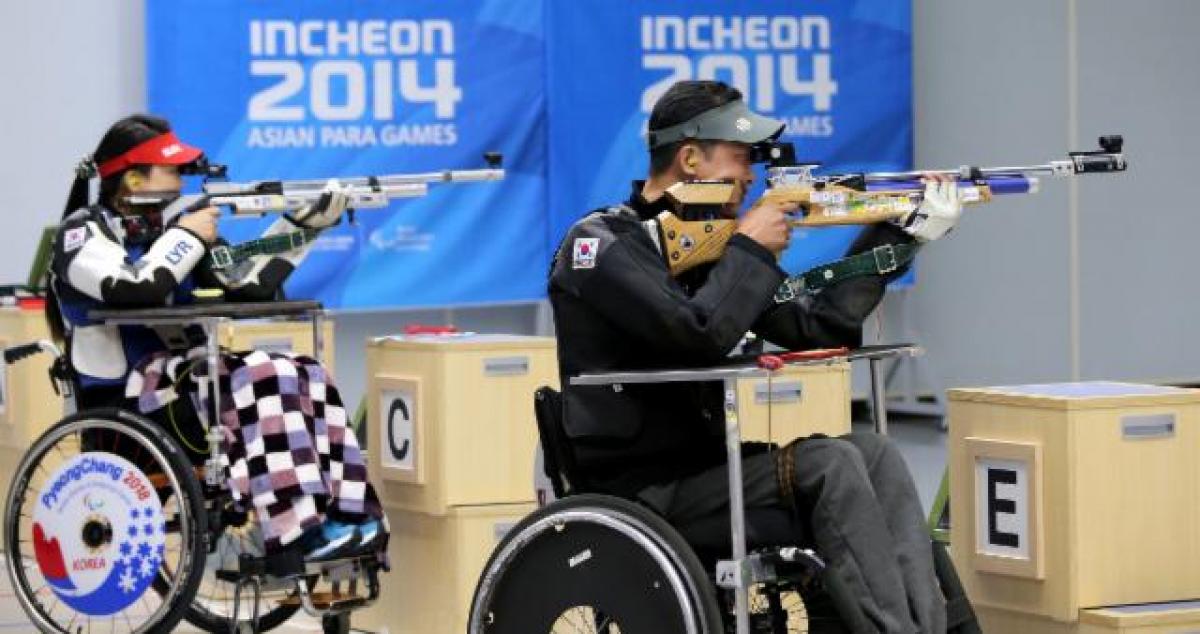 South Korean athletea have dominated the shooting competitions on day 3 of the Incheon 2014 Asian Para Games.

After South Korea stormed to the top of the medals table at July’s IPC Shooting World Championships with 17 medals, including 10 gold, the trio scored 1904.7 in Incheon and picked up the individual gold and silver medal.

In a tense competition, Park took the lead in the first elimination round. However Lee kept her composure, waiting until the last three rounds to pull out two 10.9’s and a 10.8 to steal the lead from Park and win by just 0.6 points.

Bronze went to China’s Paralympic and world champion Cuiping Zhang (189.4) to follow on from her gold from Monday (20 October) and bronze from Sunday (19 October).

Zhang’s placing contributed to a team silver medal for her country with a score of 1896.7. Thailand (1887.2) picked up bronze.

Jeon lead throughout the competition, an advantage which saved him from losing the title after a comparatively poor final round consisting of a 10.3 and 10.0.

Silver went to Thailand’s Tanong Channam (210.3), moving his team to fourth place in the shooting medals table with nine of the 15 shooting events now completed.

South Korea completed a near perfect day on the range with Geon-Soo Kim (189.1) winning bronze following his Asian record of 636.6 set in qualification.

The 2014 Incheon Asian Para Games run until 24 October with shooting featuring around 80 athletes from 18 countries.