In a country where the sport is not popular, Zimbabwe has put together a mixed coxed four team that will compete in Rio 2016. 14 Jun 2016
Imagen 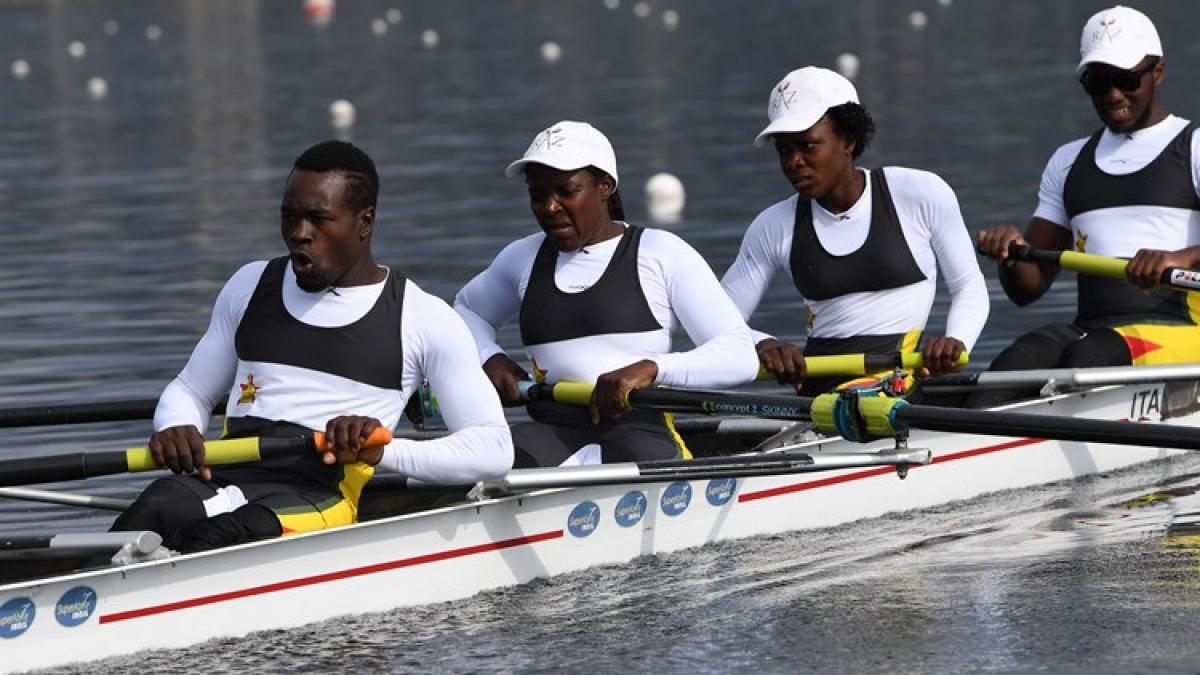 Zimbabwe has become a regular on the entry lists for World Rowing events. With a women’s single sculler, Micheen Thornycroft, who made the B-final at the 2015 World Rowing Championships, rowing fans have started to take note of this emerging nation. But Zimbabwe had never fielded a Para rowing boat, at least not until Rachel Davis, a rowing coach in Zimbabwe, went on a mission.

Davis decided to launch Para rowing in Zimbabwe and made a call for people with impairments to come to the school where she teaches physical education and to give it a go. Through her recruiting efforts Davis managed to find three suitable candidates for Para rowing. They fitted into the classification for the Para mixed coxed four. But she needed a fourth to complete her boat and have a chance at qualifying for the Paralympic Games in Rio this September. That is when she noticed that her fellow physical education teacher had a slight limp.

“I think she was a bit scared to ask me,” said Takudzwa Gwariro said.

Davis admits she had to muster up the courage to ask how he got his injury and then to ask if he would be interested in Para rowing. Gwariro had a rugby accident that left him with nerve damage in his right foot, and after several rounds of classification, Davis was finally convinced that he would be eligible for the Para mixed coxed four.

The team had three weeks to train before leaving for a pre-Paralympic qualification camp in Gavirate, Italy.

Davis admits it was all quite a shock and the foray into coaching Para rowing was not easy at first.

“I had never worked with disabled people before and I didn’t know what to expect,” Davis said. “At first I thought, oh, I should make exceptions because she doesn’t have a leg or a foot. But after a while I realised, it’s just rowing. It is exactly the same. Everyone needs to work on technique, on timing, on boat feel. I don’t make any exceptions anymore.”

The three weeks of training were hard for these first-time rowers, but as all of them had participated in other sports, the competitive attitude was present.

“The biggest challenge has been meeting expectations in such a short space of time,” Gwariro says. “We were all involved in other sports. Chipo played wheelchair tennis, Margret and Previous were both wheelchair racers, I played rugby. So we were all worlds apart in terms of what we did. But coming together and trying to do well is pretty hard in the short space of time that we had to do it in.”

For Gwariro the biggest difference in rowing is precision.

Despite the challenges, and the long trip to Italy, Davis says that her crew has come a long way.

“Sometimes there is a misconception that people from Zimbabwe or other developing countries are weaker,” Davis said. “They’re not. They’re just beginners.”

While the Zimbabwean team did not manage to qualify through the Final Paralympic Qualification Regatta, they were offered one of the bipartite invitations to the Rio Paralympic Games.