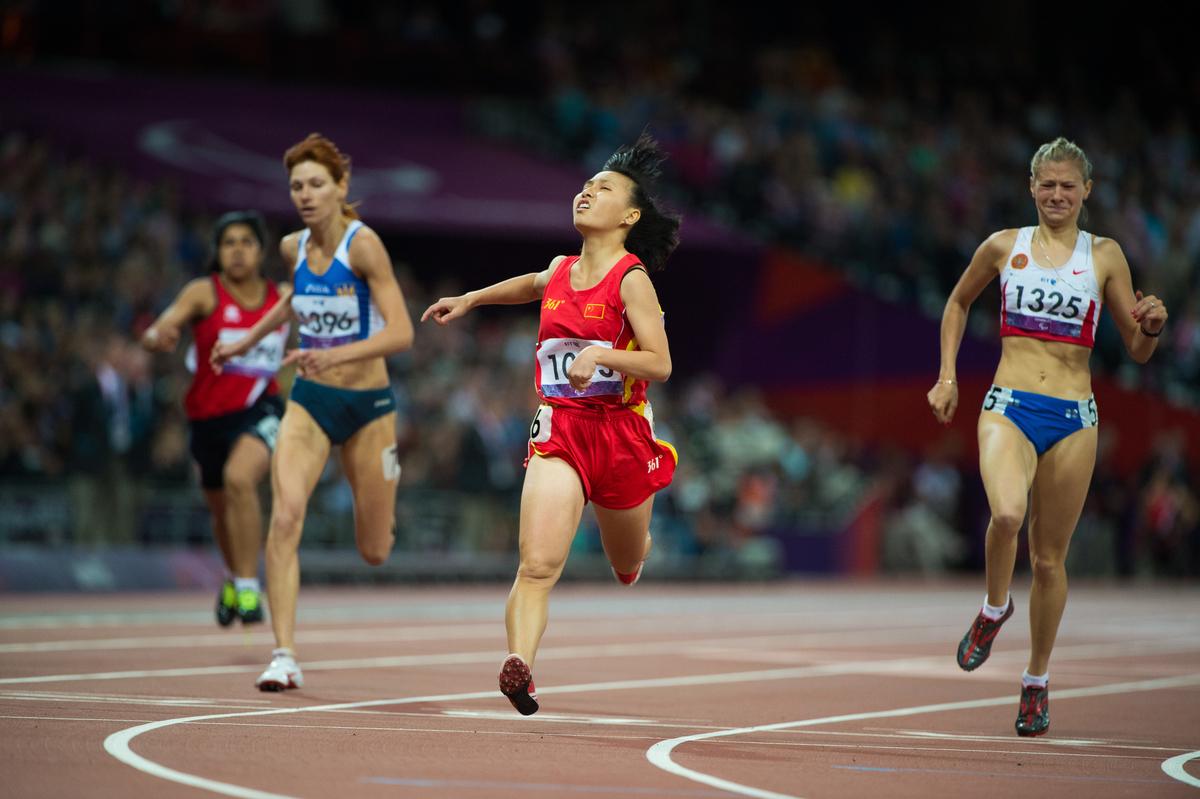 China’s Jianwen Hu set a new world record out in the field on the opening day of competition at the IPC Athletics Grand Prix in Beijing, China on Saturday (18 April) – the fourth in the series of nine Grand Prix set to take place around the world this year.

The 27-year-old leapt 6.79m in the men’s long jump T38, adding an impressive 31 centimetres on to the previous record set by South African Dyan Buis back in 2012.

China also enjoyed a clean sweep of victories in the women’s sprints. There was no surprise as Paralympic and world champion Guohua Zhou won the 100m T12 in 12.14, and world bronze medallist Junfei Chen bettered her own 100m T38 Asian record as she clocked 13.48 – 0.02 seconds faster than her winning time at the Asian Para Games in Incheon, South Korea six months ago.

China’s Asian Para Games champion Bingbing Jiang maintained his winning ways with victory in the 100m T13, clocking 11.60, while his countryman Yongbin Liang enjoyed a convincing win in the 100m T37, finishing in 11.79, 1.51 seconds clear of his rivals.

There was a Chinese one-two-three in the 100m T38 earlier in the day as Jianwen Hu preceded his long jump victory with a win over 100m - finishing ahead of Paralympic bronze medallist Wenjun Zhou and taking 0.04 seconds off Zhou’s Asian record as he stopped the clock at 11.18.

South Korea also notched up their first win of the meeting thanks to Jongdae Jeong who won the 100m T52 in 19.36, while UAE’s Mohammad Vahdani clinched victory just 0.01 seconds ahead of China’s Yanfeng Cui in the 100m T54 with a time of 14.61. Paralympic bronze medallist Shiran Yu of China crossed the line in 15.36 to take victory in the 100m T53.

Victory in the men’s 800m T53 went to China’s Fusen Yu in 1:46.41 while in the women’s event double world champion Hongzhuan Zhou got the better of her great rival Lisha Huang as she improved on her own Asian record to win in 1:51.01, with Huang second in 1:51.76.

China’s rising star and Asian Para Games champion Cuiqing Liu lay down her marker for the year ahead as she saw off her compatriot Yan Chen in the 400m T11 with a time of 57.93. The 23-year-old added victory in the 100m T11 later in the day clocking 12.15, a new Asian record, as Yan Chen had to make do with third behind Liu and Juntingxian Jia.

Out in the field, there was no surprise as Denmark’s Jackie Christiansen took victory in the men’s shot put F20/42/44/46. The F44 world champion got the better of a strong field including Malaysia’s F20 world champion, Muhammad Ziyad Zolkefli with his winning score of 1032 (17.24m).

The IPC Athletics Grand Prix continues on Sunday (19 April) with the second of three days of track and field action in China before the 2015 series heads to Sao Paolo, Brazil.