Just six days after both racers won in Boston, the pair claimed victory on the streets of the British capital. 24 Apr 2016
Imagen 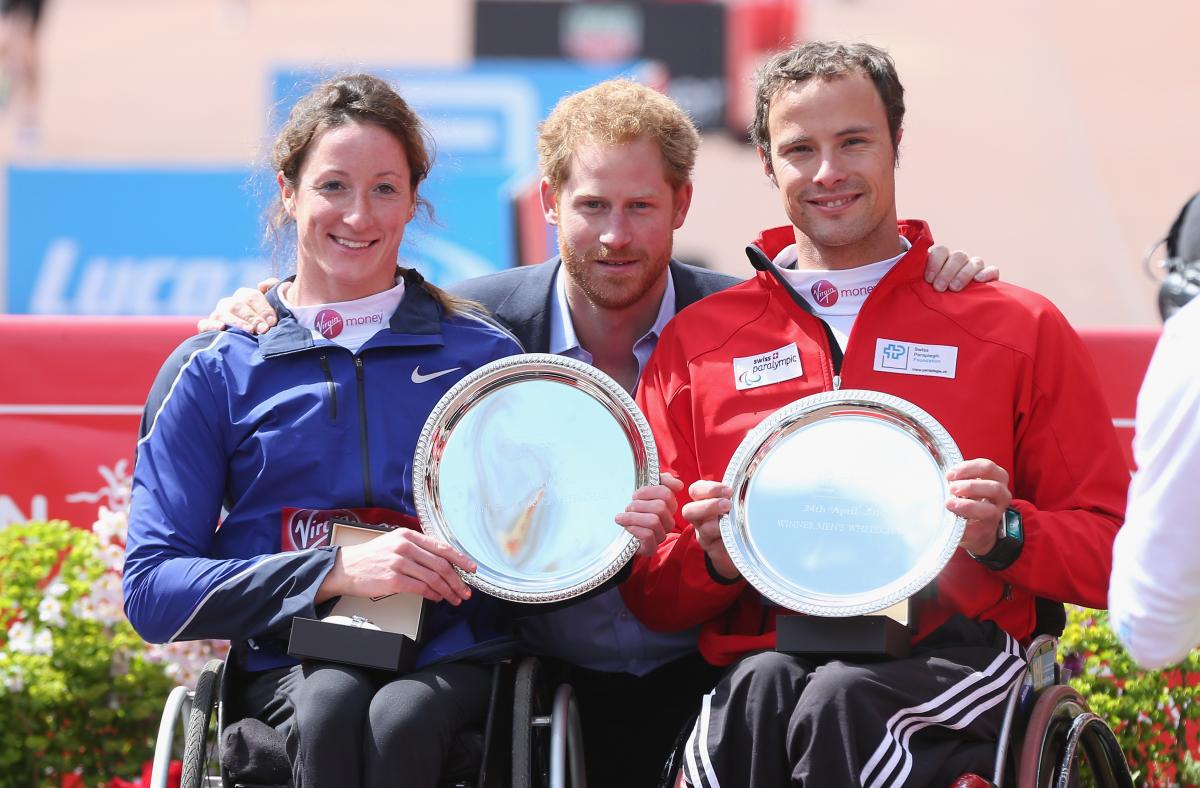 Switzerland’s Marcel Hug and the USA’s Tatyana McFadden continued their winning ways out on the roads as they clinched victory in their respective races at the 2016 Virgin Money London Marathon, which doubles as the IPC Athletics Marathon World Cup, on Sunday (24 April).

Only six days have passed since the pair both won in Boston, USA - the first event of the 2016 Abbott World Marathon Majors Wheelchair Series - but they showed no signs of letting up on the streets of the British capital.

Hug led for much of the 26.2 mile course, frequently trying to pull clear of his rivals and stretch the chasing pack. But Fearnley and Weir were always thereabouts – and they were prepared to let Hug do as much of the hard work as possible.

“It was a really tactical race, I tried to do many attacks, but two or three guys were always following me,” explained Hug, who won his first London title in 2014.

“That happened many times and I just tried to make them tired on the way to the finish so I would have a good position for the sprint.

“It was a bit frustrating but not too much, because I know how it works if I did many attacks, I knew that nobody was leading again but they were just sitting behind me. But I really understand that is not a problem.”

Fearnley finished third behind Hug in a tight finish in Boston on Monday (18 April), and the Swiss racer knew that the Australian, and six-time London marathon winner Weir, would always be a big threat.

“I expected those two guys to be behind me, Kurt did the same in Boston, and I know David is always strong especially here in London,” acknowledged the 30-year-old Swiss.

Weir, who had been going for an historic seventh London marathon win, meanwhile remains upbeat about his form and his plans for the rest of the year.

“I thought I was in a good position, I just didn’t have anything left to sprint,” said the reigning Paralympic champion.

“I tried my best but Marcel in the race was literally trying to break us every couple of miles. Some of the speeds he was pushing at were unbelievable. He’s just gone up another level.

“I don’t feel like I’m getting any slower; if I was getting any slower I wouldn’t be sprinting at the end with the top three in the world, so I felt pretty good. It’s a good marker to see what I’ve got to do for Rio.”

McFadden notched up a superb fourth consecutive London marathon title as she held off Switzerland’s former marathon world champion Manuela Schaer in the final sprint to the tape in 1:44:14.

Twelve months ago the American raced home to a convincing win more than two minutes clear of the field; this time around it was a much closer affair as Schaer remained in touch throughout before she chased hard in the closing stages, finishing in second place in 1:44:15 with Japan’s Wakako Tsuchida third (1:45:28).

“I hung by like a little piece of thread at the end,” exclaimed a relieved McFadden.

“We lost Wakako on one of the climbs, then it was just me and Manuela going back and forth. The end was so tough, I was so nervous that I wasn’t smart enough. I knew she was going to catch back up, so I just needed to conserve that little extra.

“My arms were throbbing towards the end; I didn’t know if I could do it, I just had to think deep inside and find myself again and just take that finish.”

The win means McFadden – who has won the grand slam of Boston, London, Chicago and New York for the last three years - leads the way in the women’s rankings in this year’s Abbott World Marathon Majors Wheelchair Series.

Of course the multiple Paralympic and world champion is also focussed on making Paralympic history this year too – she plans to compete in seven events at the Rio 2016 Games in Brazil – and today’s race in London provided vital preparation.

“Now I know what I need to work on, and the different areas I need to be stronger at. It’s Paralympic year and so you expect athletes to be strong,” acknowledged the 27-year-old.

Fellow US wheelchair racer Ray Martin also made a winning return to London as he took the tape in the T51/52 event for the second consecutive year, clocking 1:59:53 as Spain’s Santiago Sanz finished second once again in 2:00:25.

“I tried to do exactly as I did last year, just go out from the gates and then try and hold on as long as I could. It was a lot windier than last year for sure; I was very tired at the end and I’m pretty sure Santiago was not too far behind me so I’m glad I was able to hold on,” said Martin.

“The sun actually came out for a good portion of the race so it actually felt really nice at some points. The crowds here are always amazing too.” 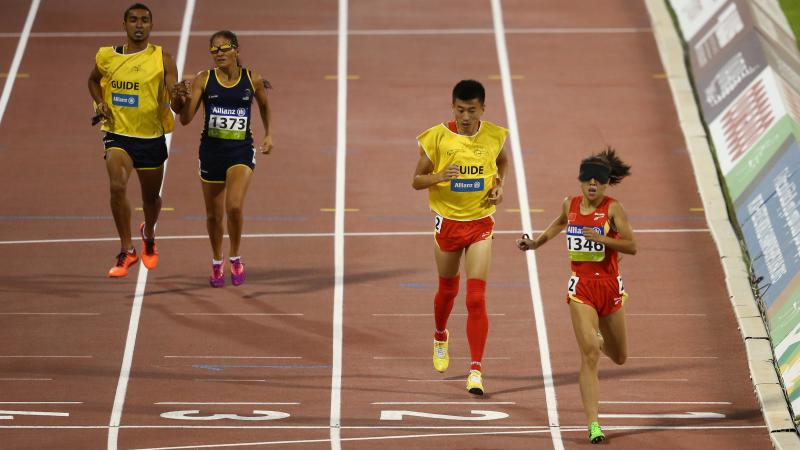