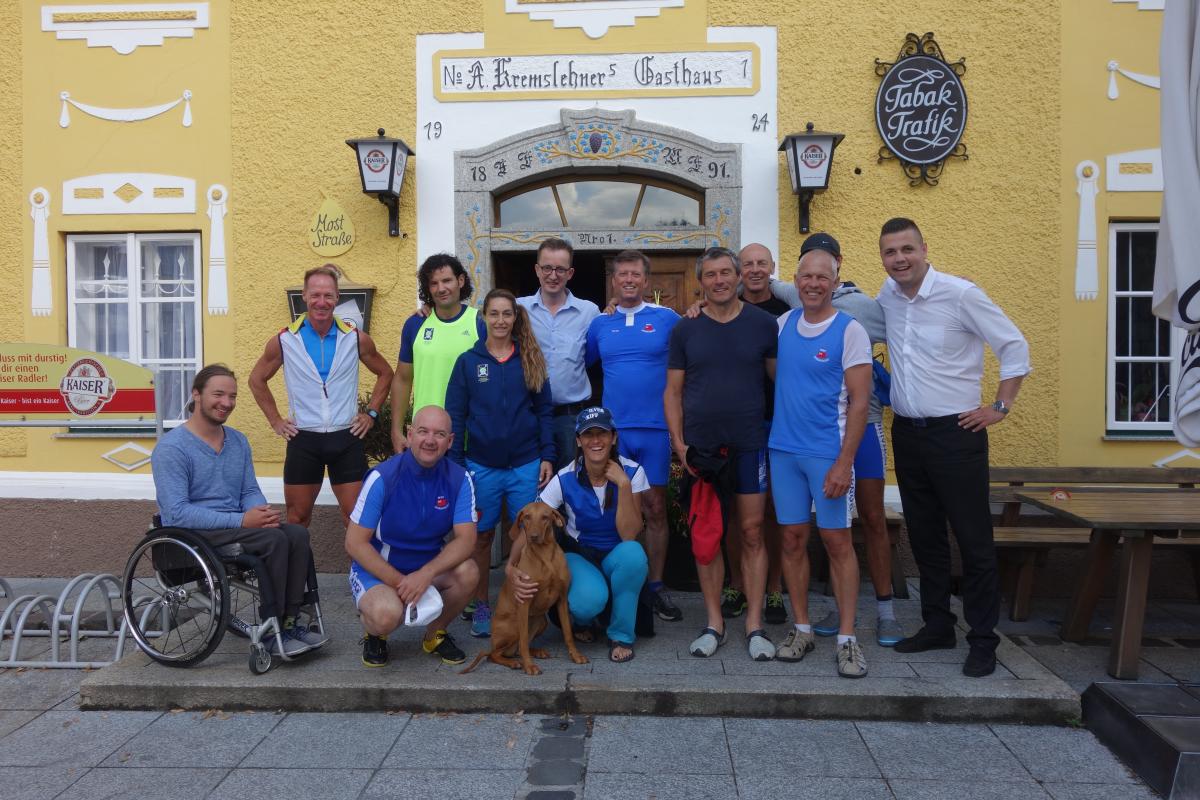 Para rowers together with rowers from Austria and Italy came together for a three-day tour on the River Danube in Austria.

Rowers with and without an impairment from Austria and Italy came together as part of an inclusion tour held over the summer on the River Danube.

The tour covered 94km over three days, with participants enjoying a mixture of sports, leisure and culture, in a way only rowing could offer.

This was the first Para rowing tour on the Danube, which athletes with and without a physical disability rowed together as ‘inclusion crews.’

“We demonstrated that in rowing boats the principle of inclusion can be made visible and can offer new and pleasant experiences to every participant,” tour organiser Florian Kremslehner said. “Each of us felt that combining the abilities of all participants compensated individual disabilities and that the supporting each other added a new aspect to our rowing life.”

The tour was held after athletes competed at June’s World Rowing Cup II in Linz-Ottensheim, Austria. The Austrian National Federation offered the Austrian and Italian Para rowing crews an opportunity to row downstream from Linz to Poechlarn.

All rowers assembled at the boat house of rowing club Wiking Linz, where crews of mixed nationalities and impairments were formed.

They tried out two quadruple gig boats and a double scull that was equipped with one Para rowing seat and one sliding seat.

“An exciting moment came when we entered the locks of the hydropower plant at Abwinden,” said Kremslehner. “All crew members had to take the life jackets on, and we passed through the upper gates of the lock. While we watched the water level going down and the lower gates open, our Italian friends profited from the acoustic of the lock by singing ‘o sole mio.’ When leaving the lock, we thanked the lock keeper with a loud ‘hipp hipp hurra.’”

“On the third day, we had planned only a short row from Ybbs to Poechlarn, where we arrived just in time before heavy clouds and thunderstorms would have interrupted our journey,” Kremslehner continued.

“We hope that this first successful example of a ‘full inclusion tour’ will entice others to develop new forms of combining athletes with and without disabilities, not only in recreational but also in competitive rowing.”