Inside the mind of a vision impaired Para biathlete

Watching Clara Klug in action is extraordinary, but understanding how she succeeds is even better 04 Mar 2021
Imagen 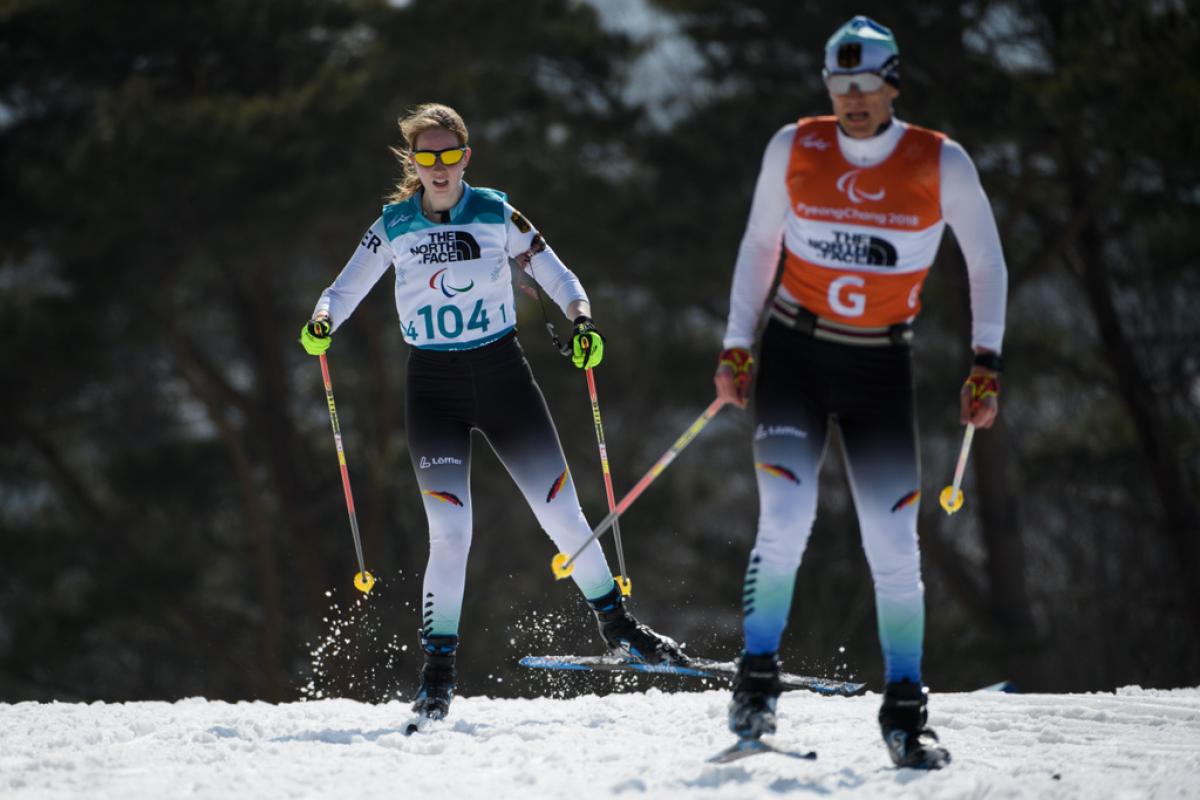 The need to combine lung-busting cross-country skiing with Zen-inspired shooting has long fascinated Germany’s Clara Klug. But while she adores the former, it is the latter which regularly invades her sleep.

“I have dreams of it [the tone inside her headphones when she finds the centre of the target with her rifle],” Klug said during the recent Para Nordic skiing World Cup in Planica, Slovenia.

“I can bring it up right now in my head,” she added, before the laughter overtook her.

It is only when the double Paralympic bronze medal winner and three-time world champion goes into an in-depth explanation as to how she, a B1 vision impaired athlete – someone who has been virtually blind since birth – regularly hits the middle of a target 10m away with a rifle that you understand her mirth.

“Martin [Hartl, her guide and coach] leads me to the shooting area, then I can feel the rifle, I can take the headphones to listen to the different tones. Depending on where I am aiming the rifle I will get another tone. On the outside of the target there will be a ‘knock-knock-knock’ and it will get faster the closer I get to the centre of the target,” she explained.

“And it also gets higher, so it makes a weird ‘beep’ noise and then it gets higher and higher... The centre where you have to hit is the highest tone.

It will not come as a surprise to learn that Klug dedicates large portions of her time to perfecting this intricately detailed and delicate skill. From sitting on her sofa cradling her rifle trying to feel how strong the trigger pull needs to be, to practising her breathing routines while waiting for a train, the 26-year-old rarely wastes a moment.

And she is always open to finding new ways to connect with her most stable and secure self.

“I have come to yoga during the past two years. It helps me just to focus and I am not that much into stretching unfortunately, so yoga is helping with that too,” Klug revealed.

“Also with the mindfulness, I like to do some guided meditations. It’s not part of our team routine, it’s just myself. It’s helped me during the summer, particularly when we came back from the world championships and all that – to stay focused and get back on my feet.”

After a “horrible year” Klug has needed all the self-care she could muster. Surgery, injury and illness have all been mixed up with the unrelenting pressures of the COVID-19 pandemic. A strong team around her has helped. It is led by Hartl, who takes the complicated role of coach and guide.

“For me it’s really helpful to have coach and guide together in one person. I guess for him sometimes it can be really stressful but he manages well. I am really glad it’s that way.”

It is a partnership that clearly does work and in less than 12 months’ time the duo will look to improve on the 10km and 12.5km bronze medals they won at PyeongChang 2018.

“Yes I do think about it every day,” Klug said of next year’s Paralympic Winter Games in Beijing. “I am really anxious to go there and compete.”