IPC Athletics Grand Prix in Beijing comes to a close 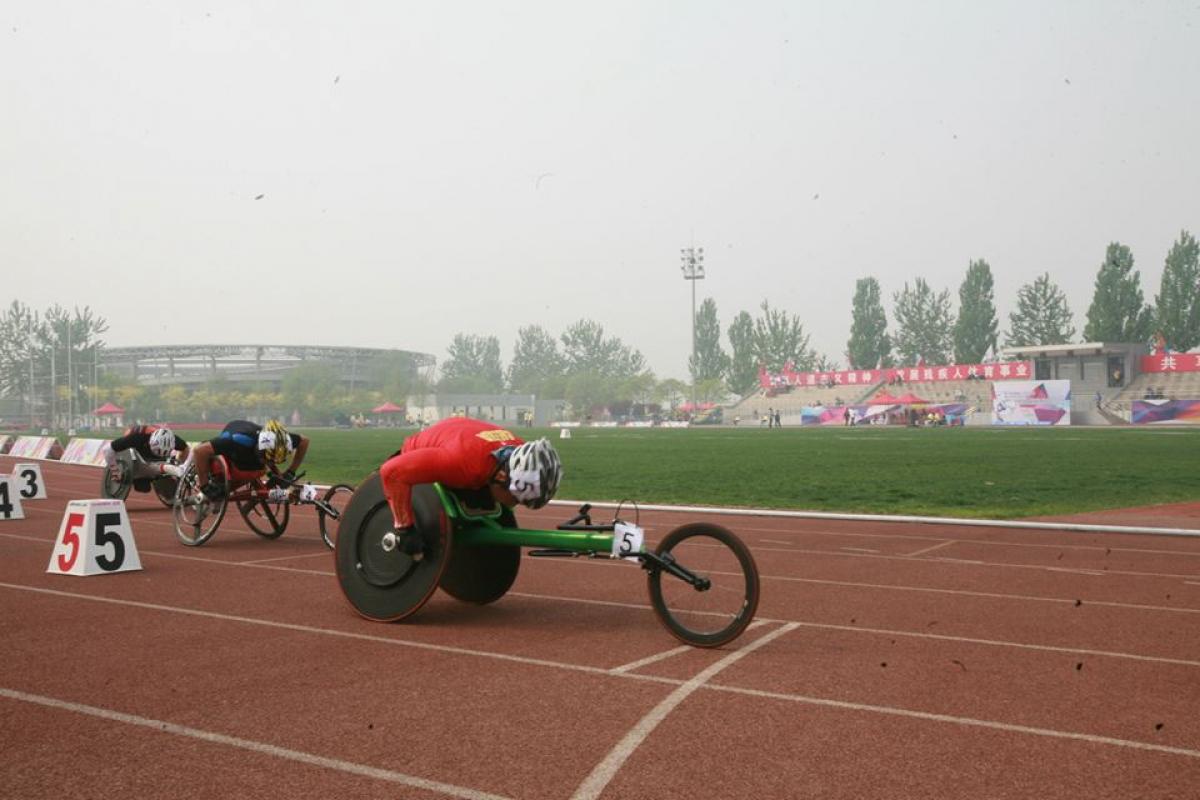 The third and final day of competition at the IPC Athletics Grand Prix in Beijing, China, came to a close on Wednesday (16 April) with 25 track and field events. Although no records were broken two long standing Asian records in the field did come under serious threat.

Not to be outdone, London 2012 shot put and javelin F54 champion Liwan Yang (17.03m), showed she is strong in all throwing events finishing within 28cm of Ting Wang’s near eight-year-old discuss Asian record set at the 2006 World Championships.

On the track the highlight of the day was the men’s 400m T54 which saw 2008 and 2012 Paralympic champion, as well as world-record holder, Lixin Zhang go head-to-head with 2011 world champion and London 2012 bronze medallist Chengming Liu.

Over the last three days, around 170 athletes from around the world competed in 133 different track and field events, setting nine regional records.

Attention will now turn to Sao Paulo, Brazil, where hundreds of athletes from 10 countries will compete in the II Caixa Loterias Athletics Open Championships, the third IPC Athletics Grand Prix of the year, which will take place between 24-26 April.