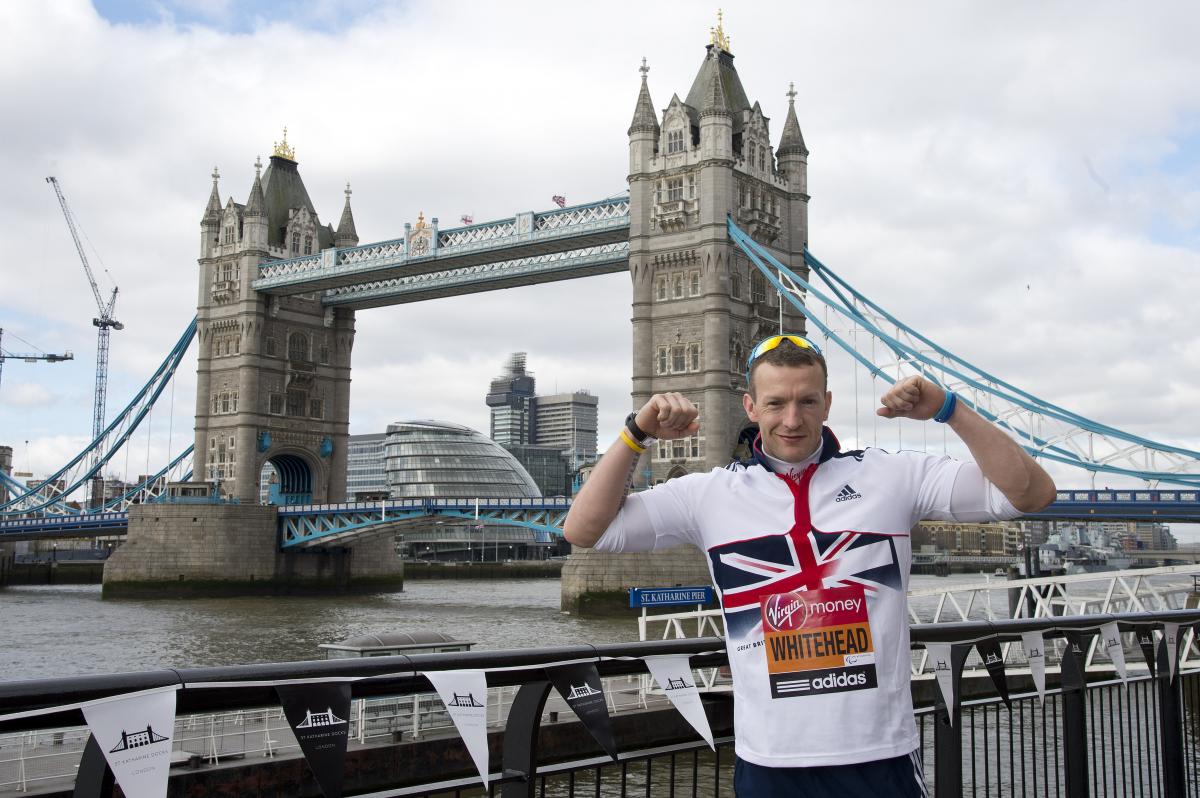 “I have lots of memories from last year, especially the incredible support from the crowds but also the amount of speed bumps on the course!”

This year the World Cup includes races for T11-13 men’s and women’s visually impaired athletes, T42/43 and T44-46 men’s races for athletes with limb impairments and a new wheelchair race for T51/52 men.

Morocco’s El Amin Chentouf set a new world record as he clinched T12 victory in his marathon debut last year before heading to the IPC Athletics World Championships in Lyon where he took 5,000m and 10,000m T12 gold on the track as well as victory in the marathon.

The 34-year-old provides stiff competition for his rivals, including Tunisia’s Abderrahim Zhiou who finished second behind Chentouf last year, both in London and then in Lyon in the 5,000m T12.

Whitehead is the sole competitor in the T42/43 class, but that fact pales into insignificance for the Englishman when set against the wider message that his inclusion brings.

“Obviously I’ve no competition to win but I feel it’s my home country and people need to be supported to make positive choices in life; including running a marathon one day - and it doesn’t make a difference if you’ve got an impairment or not. With winning a gold medal at the London Paralympics, I have an opportunity to support and enhance other people’s lives,” he explained.

And Whitehead also did his bit to boost the profile of para-sport in the winter with an appearance in a reality British TV show –Splash - where he learnt to dive – hurling himself off the highboard and receiving plaudits and votes from millions of viewers.

He said: “The show was important for me to show an audience of about four million viewers a week that athletes with disabilities have an opportunity to reach lots of different people.”

Whitehead’s incredible 12 months since the last London Marathon has also taken in a barely believable 40 marathons in 40 days for charity so he should be one of the most recognisable faces to the London crowd on Sunday.

In the women’s T11-13 race, American Ivonne Mosquera-Schmidt will be hoping to turn the tables on Maria Parades Rodriguez, having finished behind the Spaniard last year.

And Mosquera-Schmidt has taken one important lesson from 12 months ago into her preparations for this year’s race.

“I have lots of memories from last year, especially the incredible support from the crowds but also the amount of speed bumps on the course!” she said. “Knowing that they are around means that myself and my guide can work through them and relax more this year.”

And as well as speed bumps, Mosquera-Schmidt has also been immersing herself in the London culture to help her around the course on Sunday.

She explained: “In training, within a day of getting here my guide and myself went for a run in the rush hour after work – we’ll do that again on Saturday to get us ready for Sunday.”

Di Lello may be the man of the moment, but the Brazilian is the Paralympic champion from the London Games two years ago – and holds the fastest time, having clocked 2:30.40 to win Paralympic gold.

And that’s not the only race with a real competitive edge. There are three competitors in the new T51/52 race – Santiago Sanz from Spain, Great Britain’s Rob Smith and American Raymond Martin. Whilst Sanz, world champion eight years ago, is on paper the fastest man in the race, he’s up against Martin who boasts one of the most illustrious CVs in para-athletics.

Martin won four gold medals at the London Paralympics, then added five titles at the IPC Athletics World Championships in Lyon for good measure– so potentially that head-to-head provides one of the great sub-plots of one of the major events on the Paralympic athletics calendar.