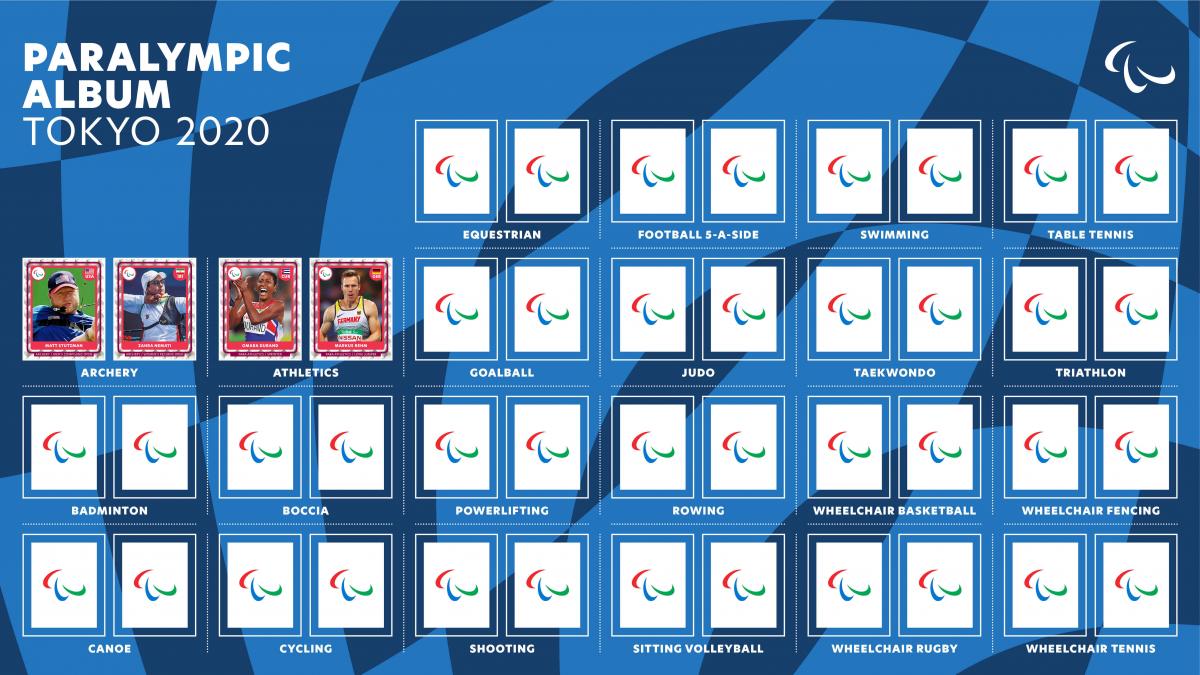 Each week until end of July, fans can vote on social media which athlete will be featured on the #ParalympicAlbum
ⒸIPC
By IPC

The International Paralympic Committee (IPC) has introduced a virtual #ParalympicAlbum to engage its social media audience with the top Para athletes going for gold at the Tokyo 2020 Paralympic Games.

Each week until 31 July, Paralympic fans can head to @Paralympics on Facebook, Instagram and Twitter to vote on two athletes per sport. The athletes – female and male – with the most votes will be featured on the sticker album.

The #ParalympicAlbum launched on 17 May as part of the ‘Sport Week’ series; each week the IPC is producing content on its digital channels to engage and educate its audience about the 22 sports on the Tokyo 2020 Paralympic programme. The content includes the announcement of Ones to Watch – a list of the top athletes vying for the podium this summer. Paralympic enthusiasts can go to the IPC website Paralympic.org to understand what makes these athletes standout.

Para archery and Para athletics kicked off Sport Week, with videos, engaging facts and athlete feature stories published on the IPC’s platforms. As for the #ParalympicAlbum, fans picked the USA’s Matt Stutzman and China’s Zhou Jiamin to complete the first sticker slots. Cuba’s Omara Durand and Germany’s Markus Rehm racked up the most votes to secure their spots on the album.

This week will offer Para badminton, which makes it first appearance at a Paralympics this summer, and boccia. The format continues until the end of July, wrapping up with wheelchair rugby and wheelchair tennis.