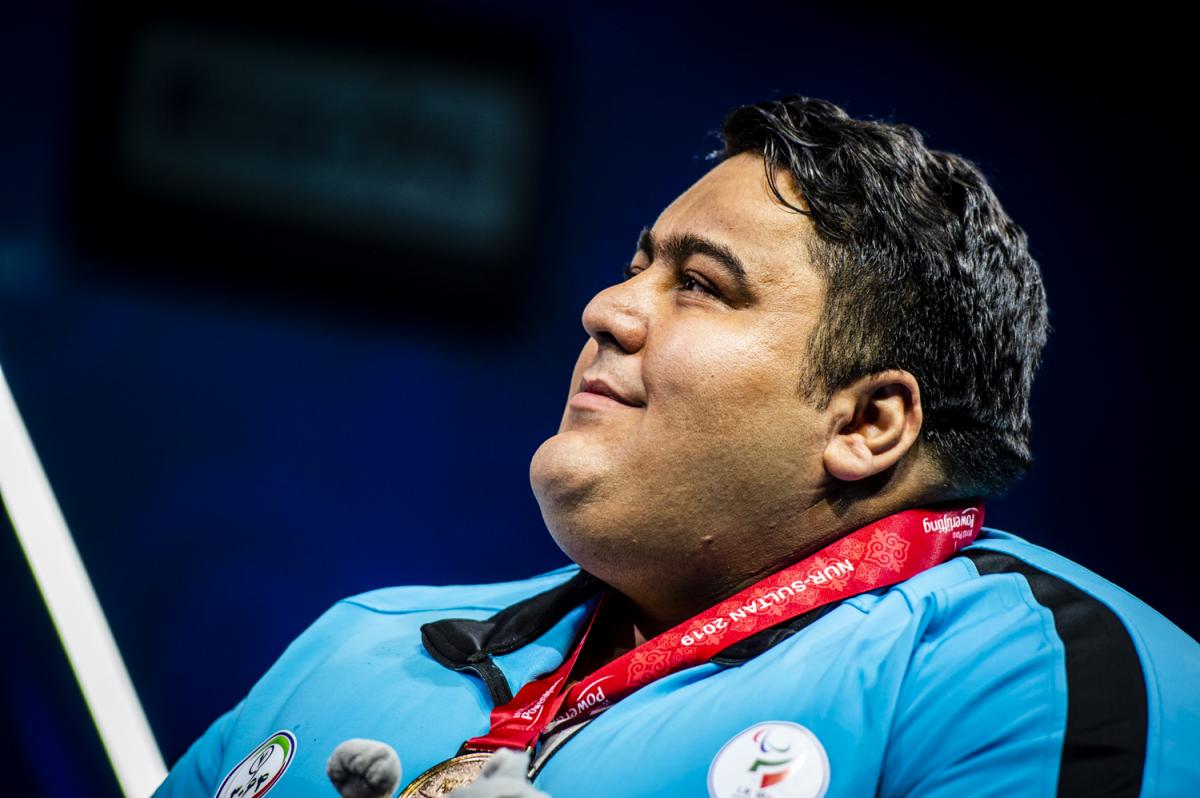 The world’s strongest Paralympian died at the age of 31 after a suspected heart attack on Sunday (1 March) in his hometown Oshnavieh.

Andrew Parsons said: “The whole Paralympic Movement is deeply saddened to learn of the passing of Siamand Rahman.

“As the world’s strongest Paralympian, he made global headlines at Rio 2016 when he became the first Para athlete to lift over 300kg.  Few will forget that phenomenal performance which marked a landmark in the history of Paralympic sport.

“Siamand was a pioneer for his sport, an inspiration for many in his home country Iran and around the world, and a fantastic ambassador for the Paralympic Movement.  He was also a wonderful human being, a gentle giant and one of the friendliest people you could ever meet.

“The thoughts and deepest condolences of the whole IPC, World Para Powerlifting and the Paralympic Movement are with Siamand’s family, friends and loved ones at this difficult time.  Our prayers are also with our friends at the Iranian National Paralympic Committee.  Sadly, today we have lost a true Paralympic great.”

Rahman broke onto international stage at the Kuala Lumpur 2010 World Championships where he competed in the men’s over 100 kg taking the silver medal behind teammate Karem Rajabi Golojeh.

Two years later, he took his first Paralympic title at London 2012 breaking his own world record with a 291 kg-lift.

Rahman broke the world record nine times in three years from 2014-2016 and took his first world title at Dubai 2014 in the lead up to the Rio 2016 Paralympic Games.

In Brazil, the Iranian was responsible for one of the outstanding moments in Paralympic Games history when he became the first Paralympian to lift more than 300 kg.

The remarkable 310 kg-lift which gave Rahman his second Paralympic gold still stands as the world record in the men’s over 107 kg category.

Since Rio, the Iranian has also won two more world titles at Mexico City 2017 and Nur-Sultan 2019.