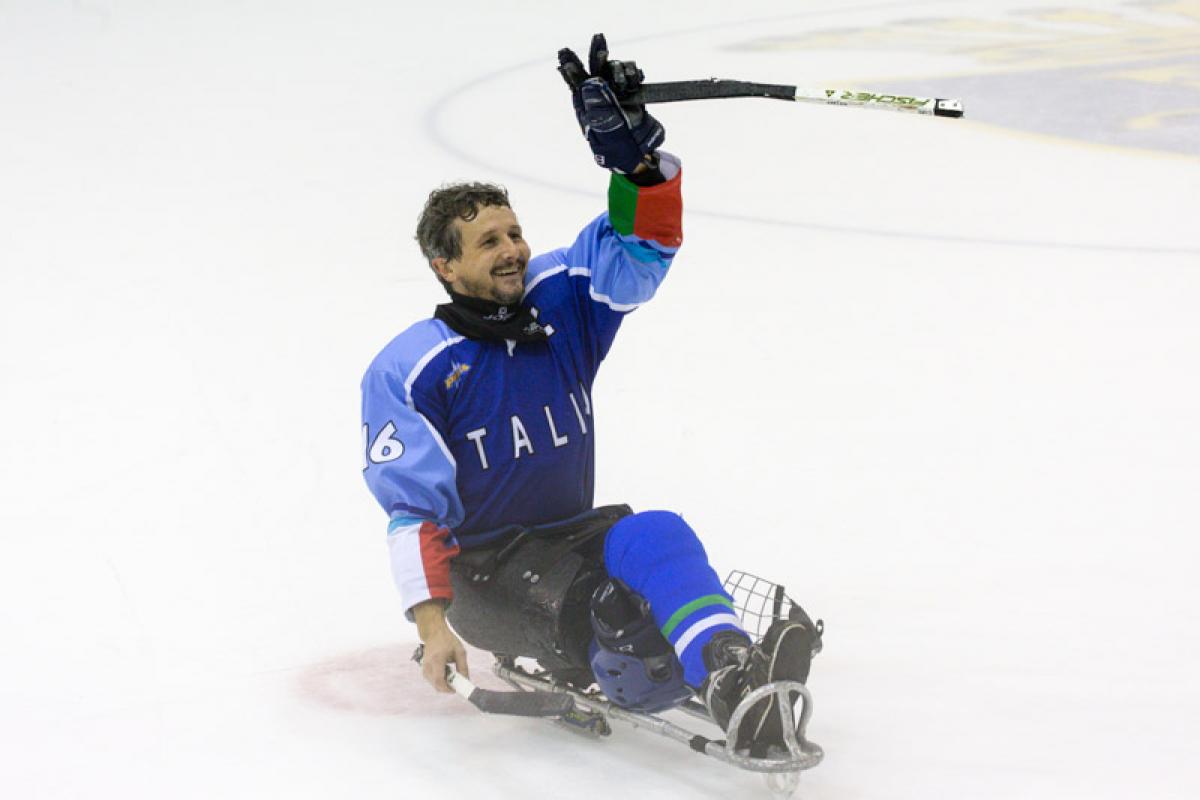 "Andrea's death is a huge loss for the whole Italian ice Movement. He was a champion and, even before that, a true sportsman, who has lived our disciplines with love and passion in every moment."

The International Paralympic Committee (IPC) sends its condolences to the family of Andrea Chiarotti, after the former Italy Para ice hockey player died from a brain tumour at the age of 51.

Chiarotti was one of the best players in Italy’s history, who carried his country’s flag during the Opening Ceremony of the Sochi 2014 Paralympic Games.

He was a three-time Paralympian who competed in Sochi, Vancouver 2010 and Turin 2006.

Born in Turin on 5 December 1966, Chiarotti began playing ice hockey at a young age and joined his first club HC Valpellice at 16 years old. In 1990, he was in a motorcycle accident in which he lost his right leg. That did not keep him away from the sport he loved. In 1994, Chiarotti began coaching with his club Valpellice.

In the early 2000s, he was a pioneer of the Italian Para ice hockey team. Chiarotti set up the first group of players in 2003, and then the national team made its Paralympic debut on home ice at Turin 2006.

Over the next 10 years, he was captain of Italy, helping them win the European title in 2011 and the silver medal in 2016. Chiarotti retired from the sport in 2017 but stayed with the team as its team leader and witnessed Italy finish fourth in the recent PyeongChang 2018 Paralympics. It was Italy’s best result at a Games. On the club level, Chiarotti played for the Sportidipiù Tori Seduti team that won four Italian championships.

Italian Para ice hockey team captain Gianluca Cavaliere said: “I was lucky enough to know him well before Para ice hockey, when in 1998 after my accident, he gave me great strength. He first showed me what a prosthesis was. It was impossible not to get along with him: together we lived this wonderful adventure of the ice hockey fighting to grow the Movement and knowing in these years many fantastic people. It is always said that the best are going and he was the best we have known for some time, well before yesterday.”

Andrea Gios, President of the Federazione Italiana Sport del Ghiaccio (FISG) said: "Andrea's death is a huge loss for the whole Italian ice Movement. He was a champion and, even before that, a true sportsman, who has lived our disciplines with love and passion in every moment. We will never forget it."

The Italian national team wrote on their Facebook page: “Ciao Ciaz. Thank you for everything you've done for Italian sport and the Paralympic world. We'll miss your smile and jokes in Piedmontese.”