As part of the second phase of developing a shotgun discipline for para-athletes, representatives of the sport travelled to Todi, Italy. 29 Oct 2014
Imagen 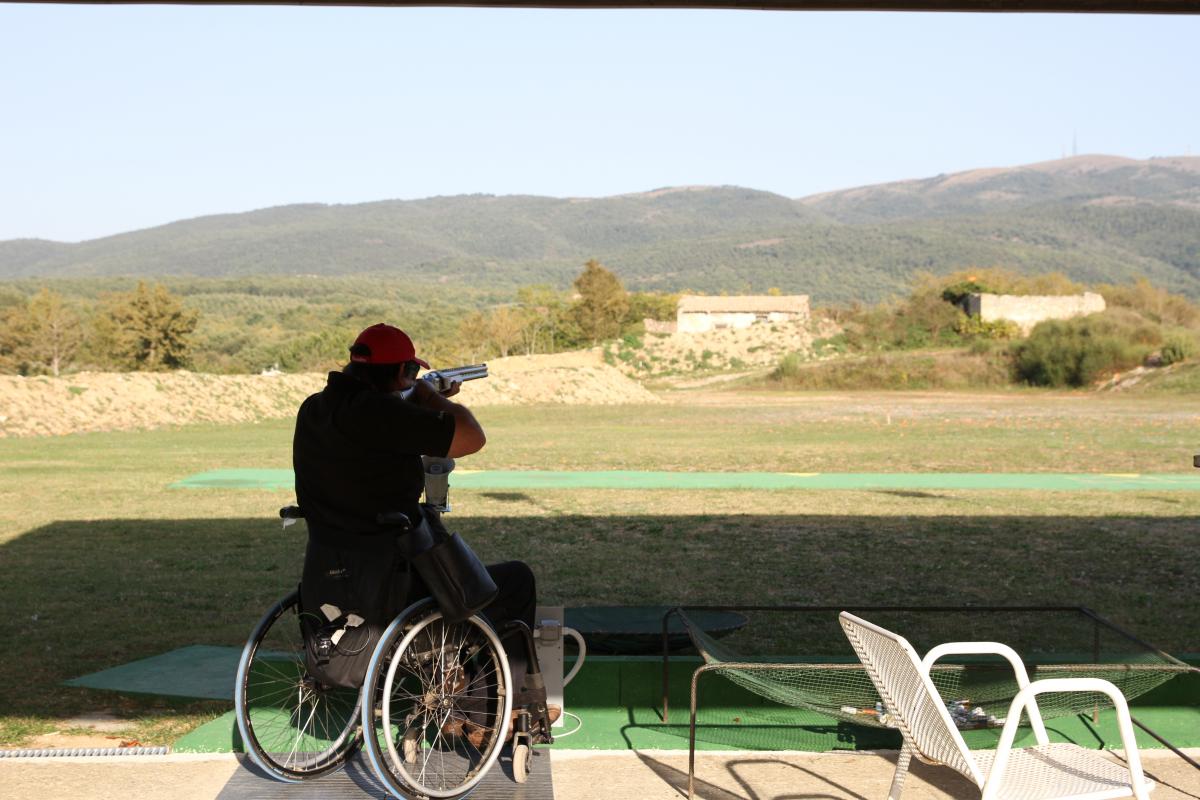 “There is still a long journey ahead in this exciting development project. However we are delighted to be able to rely on FITAV’s continued enthusiasm and dedication in driving this project, and on the passion and commitment of the athletes in supporting this initiative”

The event, organised by the Italian Clay Target Shooting Federation (FITAV) who are leading the research project related to a shotgun discipline for para-athletes, featured 52 athletes from nine countries.

The visit follows the agreement by countries at the 2014 IPC Shooting World Championships to progress to the second phase of development for para-clay target shooting, which will include further research and testing with the purpose of establishing a sport-specific classification system from which rules and regulations can be defined.

IPC Shooting representatives received an update about the classification research and observed the competition.

In the events, Italy's Giuliano Berlato won the standing one category beating Spain's G. Jorge Montesdeoca in a shoot-off of 1 to 0 hits, after they had closed the gold medal match tied with 12 hits out of 15 targets. The second Italian finalist, Giorgio Marrozzini, secured the standing 1 bronze medal, bettering his teammate Felice Angelo Pozzi by 10 to 7 hits.

New Zealand finished in the limelight thanks to Anthony Ivan Brogden, who moved atop the sitting category scoreboard with 11 plus two hits, outscoring Great Britain's Christopher Warner in the gold medal match.

Bronze went to another Italian, Paolo Cirillo, who scored 14 hits in the bronze medal match leaving no chances for his teammate Bruno Busti, fourth with eight hits.

Sarah Bond, IPC Shooting Sport Manager, said “There is still a long journey ahead in this exciting development project. However we are delighted to be able to rely on FITAV’s continued enthusiasm and dedication in driving this project, and on the passion and commitment of the athletes in supporting this initiative”

“We're very proud of this Grand Prix and of the experience we're building up,” said Emanuela Croce Bonomi, the Vice-President of FITAV. “Following the acceptance of our project by the IPC, many countries have joined the competition. There's still a lot of work to do, and we hope that more national teams will share our dream in the future.”

“We've been supporting this project since the very first stage,” said Mr. Giunio De Sanctis, the Secretary General of the Italian Paralympic Committee. “We would like to congratulate FITAV for the positive results reached so far.

The development project will now continue with further in-depth research and analysis, with the next step being for the proposed classification systems to be drafted and presented to National Paralympic Committees (NPCs) for discussion in the summer of 2015.

If the NPCs are satisfied with the project information presented to them, they will be able to vote to endorse the projects to progress to the next phases of development which are currently scheduled to be completed by 2018.

Shooting
Javanmardidodmani aims to inspire others