Italian teenagers to get to meet para-stars

With one month to go until the Italian leg of the 2014 IPC Athletics Grand Prix, organisers have announced that students will get to meet their national heroes. 30 Apr 2014
Imagen 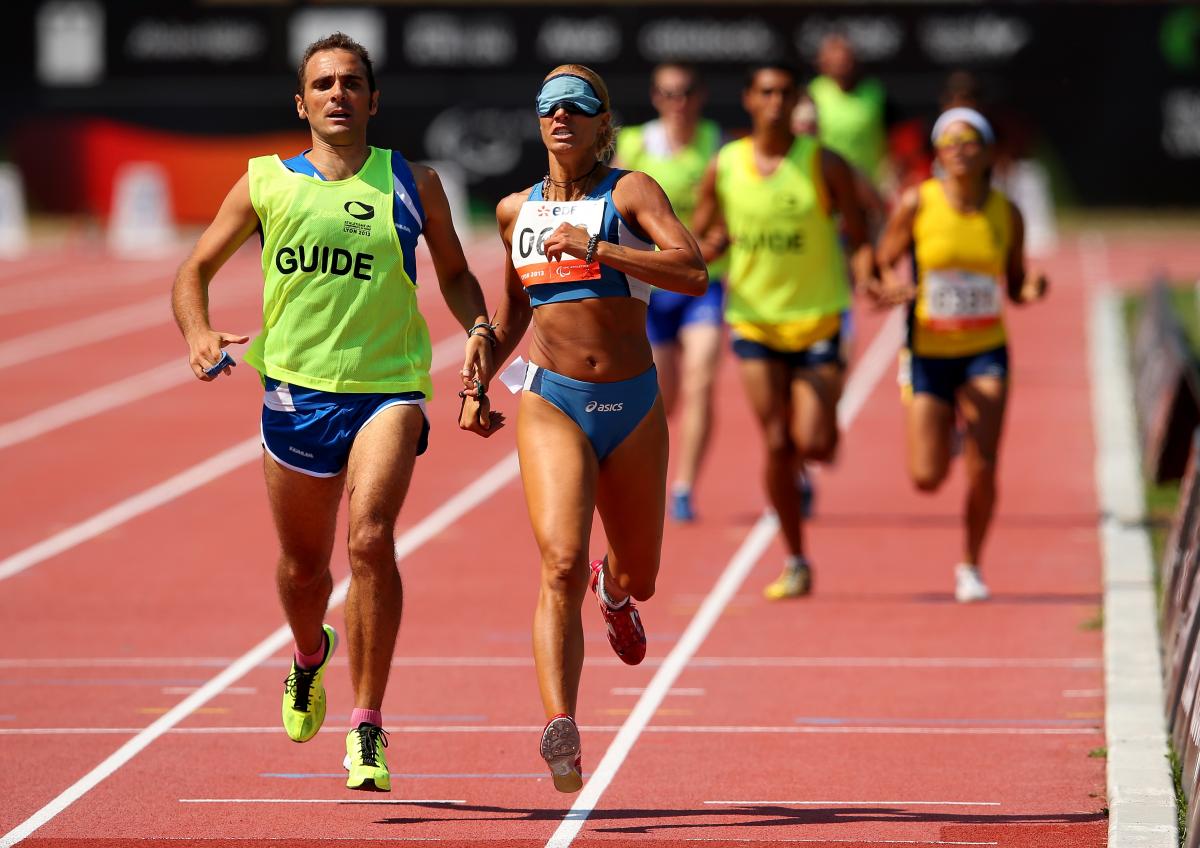 Annalisa Minetti and guide, Stefano Ciallella of Italy during day two of the IPC Athletics World Championships on July 21, 2013 in Lyon, France

The campaign will officially kick off on Friday, 9 May with 800m T11 World Champion Annalisa Minetti and guide Stefano Ciallella.

The organisers of the 2014 IPC Athletics Grand Prix in Grosseto, Italy, have announced a series of school visits by World and Paralympic Champions with just one month to go until the competition which runs from 30 May-1 June.

Italy’s top athletics stars will make their international debut at Grosseto with the aim of securing a spot for the upcoming 2014 IPC Athletics European Championships in Swansea, Great Britain, from 18-23 August, alongside their competitors from around the world.

In the lead-up to the event, the Italian Federation of the Paralympic and Experimental Sports (FISPES) in conjunction with the Local Organising Committee, Fiamme Azzurre and Fiamme Gialle clubs, has launched a promotional campaign called ‘At School with a Para-champion’ where Grosseto’s high school students will have the chance to meet Italy’s World and Paralympic athletics Champions.

The campaign will officially kick off on Friday, 9 May with 800m T11 World Champion Annalisa Minetti and guide Stefano Ciallella.

The 2014 IPC Athletics Grand Prix continues from 9-11 May in Arizona, USA, before moving to Europe from 16-18 May in Nottwil, Switzerland, and then onto Grosseto.

The 2014 IPC Athletics European Championships will see around 600 athletes from 40 countries gather in Swansea, Great Britain. Tickets and a competition schedule are available here.

Media interested in attending the Grand Prix in Grosseto should contact the Local Organising Committee for accreditation by 27 May, 2014.