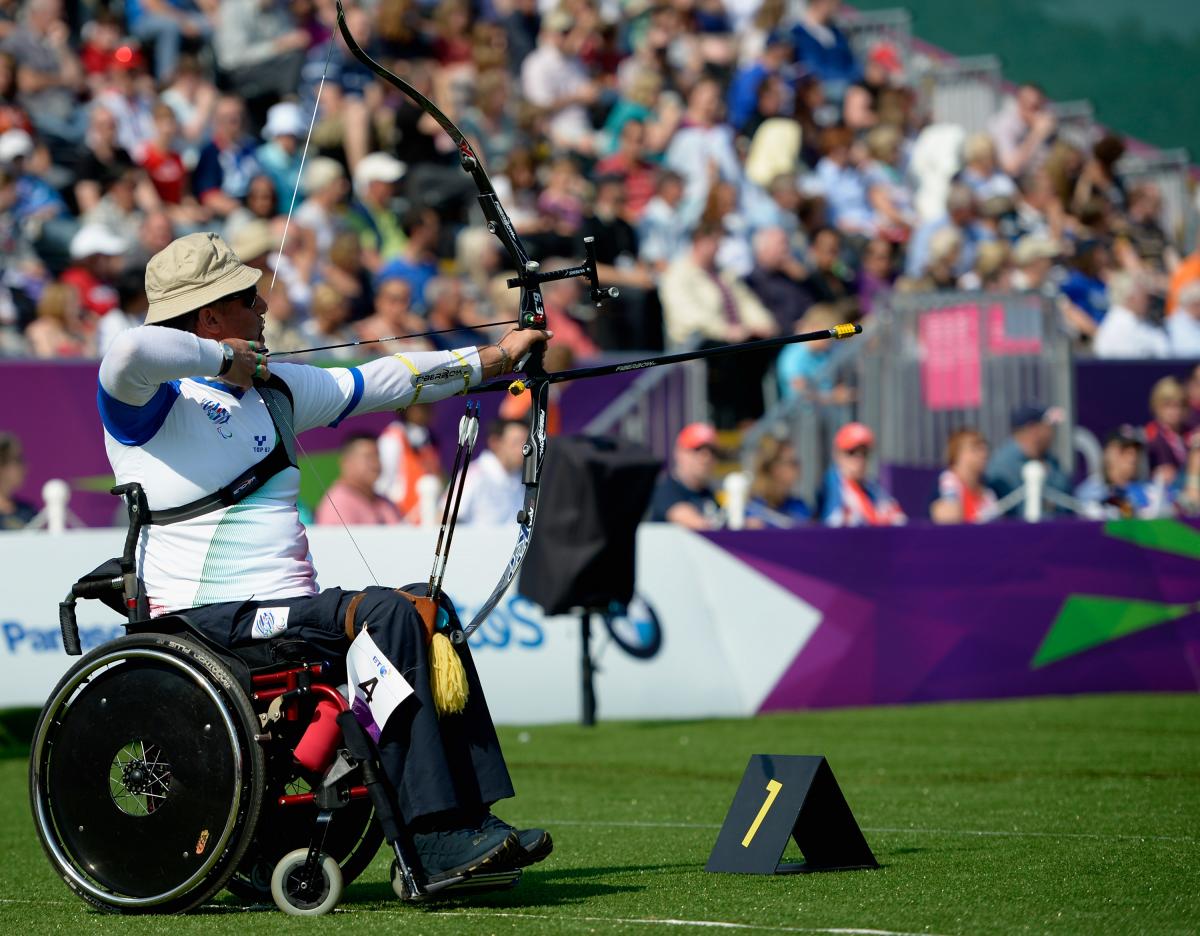 Italian Oscar de Pellegrin came out on top in a tight archery match in the men’s individual recurve W1/W2 on Monday (3 September), which resulted in him beating Malaysia’s Hasihin Sunawi, 6-5.

After being tied at 5-5, the match went down to a five-arrow shoot-off, which he won.

“I'm sorry that I made the fans wait so long for me to win the match,” Pellegrin said afterwards.

“After winning my quarterfinal against my friend from South Korea, Myeong-Gu Lee of the Republic of Korea, I was sure I was going to win the gold.”

The archer had the privilege to carry his Italy’s flag at the Opening Ceremony and had full confidence in his ability to go all the way.

His road to the gold medal started off with a dominating 6-0 victory over the USA’s Russell Wolfe in the elimination round of the competition.

De Pellegrin progressed through the quarte-final winning 7-3 against Myeong-Gu Lee of the Republic of Korea.

He qualified for the final after comfortably beating world No. 3, Lung Hui Tseng of Taipei, 7-3.

The Italian made his Paralympic debut at Barcelona 1992 as a shooter, in which he won a bronze medal in the mixed SH3 class.

After picking up another bronze medal at Atlanta 1996, he made the switch to archery and made his first Paralympic appearance as an archer at Sydney 2000.

It was a successful Games for him, as he picked up a gold medal in the teams open competition and a bronze in the men’s individual W2.

Having declared his retirement before the Games started, he is delighted to be able end his competitive career on such a high.

"It has been a fantastic Paralympics for me,” he said. “It has not been easy for me to come here and say it was my lasts Paralympics and to keep concentrated enough to win the gold.

De Pellegrin thanked his friends, family and his coach Renato Demato for their continued support throughout his career.

However, De Pellegrin’s career is not technically over just yet, as he will be hoping to add to his medal collection in London, when he competes in the team open competition on Wednesday.

The Italian side will be looking to build on their bronze medal win at Beijing 2008 and achieve a higher place on the podium this time around.