The Danish athlete improved the T42 world record on the second day of the IPC Athletics Grand Prix with a leap of 6.67m 19 May 2016
Imagen 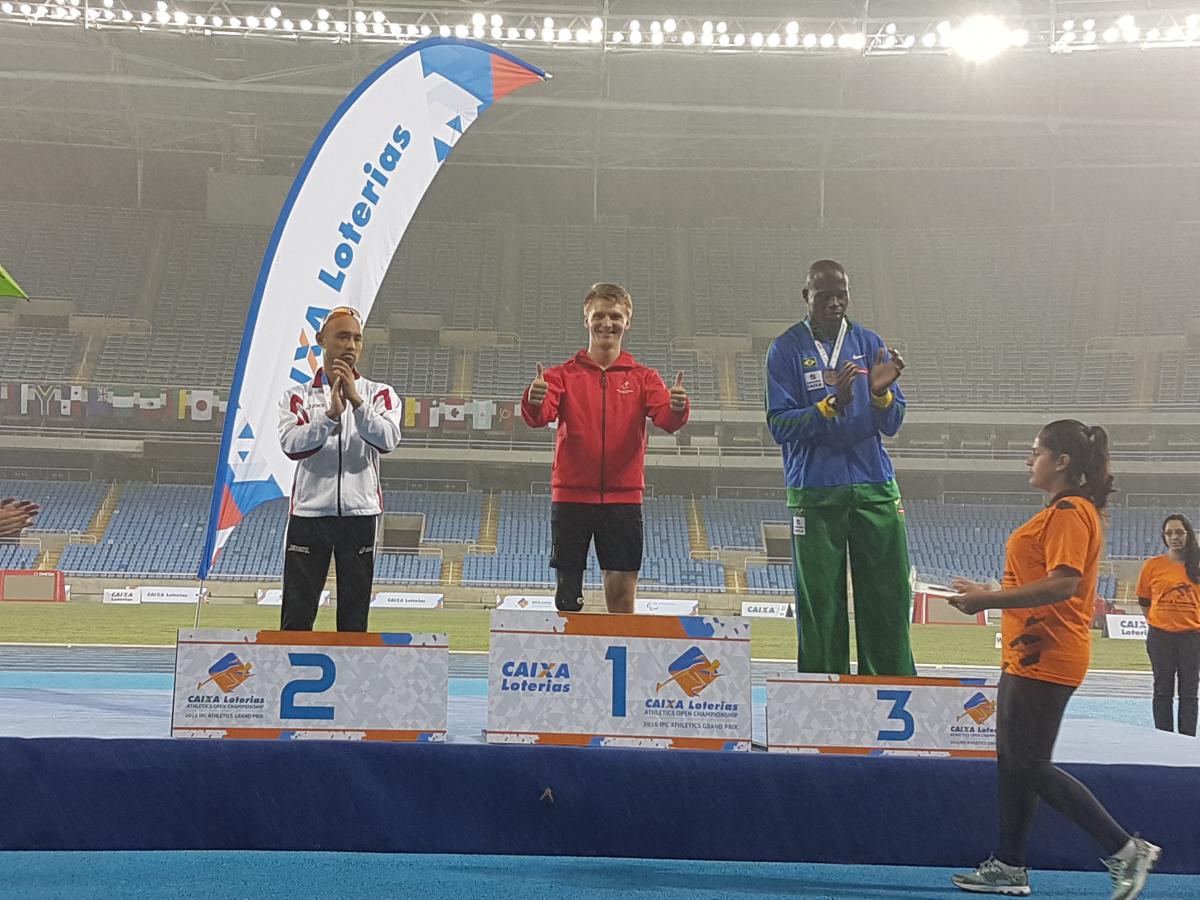 The 22-year-old added 14cm to his previous best set last June in Grosseto, Italy, at the event that is doubling up as a test event for the Rio 2016 Paralympic Games.

“It’s my first competition so I’m not supposed to jump long right now so it’s a great achievement to jump this far already,” said Jorgensen.

“I didn’t jump very good at last year’s World Championships but it’s always great to have good competitions. I’m delighted that [Atushi] Yamamoto is here competing as he made his own world record a few weeks ago jumping 6.56m so I got the world record back today.”

Many of the world’s best sprinters, all likely medal contenders at September’s Paralympic Games, were in action on Thursday over 100m. Arguably the best race of the night was the women’s 100m T11 with just 0.12 seconds separating the four Brazilian finalists.

The winner was Terezinha Guilhermina (12.25) who finished fractionally ahead of Lorena Salvatini Spoladore (12.25) in a thrilling photo finish.

“After everything that happened, I am very happy with my result here. Now I have to focus on September and make the final adjustments. The Olympic Stadium is amazing,” said Guilhermina who had a disappointing 2015 World Championships and is running with a new guide this season.

Spoladore, who had qualified fastest, was delighted with her day’s work.

“I just loved the race. We only made a little mistake at the start but it was good. I am getting better at the track. I love long jump, but it is an honour to compete at the 100m, the most notable event of athletics,” said the 20-year-old.

There was also a terrific tussle between two Brazilians in the men’s 100m T47. Petrucio Ferreira (10.85) took gold edging his teammate Yohansson Nascimento (10.95) into silver.

“I am very happy to run here, it’s a beautiful stadium and I hope during the Paralympic Games in September it will be crowded.” said the 19-year-old who won two gold medals at the Toronto 2015 Parapan American Games, but missed October’s World Championships through injury.

“I didn’t have a good year last year as I had three injuries. I’m coming back now and feeling good and I hope this year I can do my best. I will go to bed tonight very happy and I hope in September I can come here and win a medal,” he added.

Another Brazilian athlete making a winning comeback after missing last year’s World Championships was Veronica Hipolito. The 19-year-old clocked an impressive 13.27 seconds in her 100m T38 race and was overcome with emotion afterwards.

“I thought I would run around 13.7 because I couldn’t train for the last two weeks due to a cold, but I was really surprised with the time. I am sure I can run around 12 seconds and give a hard time to the Chinese, Russian and British athletes,” said Hipolito.

“A lot of people doubted whether I would make it back to the track, but not only am I back but I am running really well. I questioned myself and people said I wouldn’t come back after nine months away following the surgery but I’m here, I’m back and I’m speechless!”

London 2012 200m T44 Paralympic champion Alan Oliveira was disappointed with his winning time of 11.49 seconds in the men’s 100m T44, but said he would be much faster for September’s Paralympic Games.

“I’m training to do a lot better than that [11.49 seconds] but the track is a bit wet so I was more careful,” said Oliveira. “We are three months away from the Paralympics; there is plenty of time to get better. I am sure I can run below the 11 seconds mark. My coach has a plan and I know I will be as fit for the Paralympics as I was for the Lyon 2013 World Championships.”

Three Americas records were set on the second day of the meeting.

The evening session featured numerous 100m races, two of which were won by Cuban world champion sprinters competing in the T12 class.

The IPC Athletics Grand Prix in Rio runs through to Saturday (21 May).