Whilst he gets ready to compete at the World Cup in Eger, Hungary, the Mexican powerlifter shares his excitement about the Worlds on home soil. 01 May 2017
Imagen 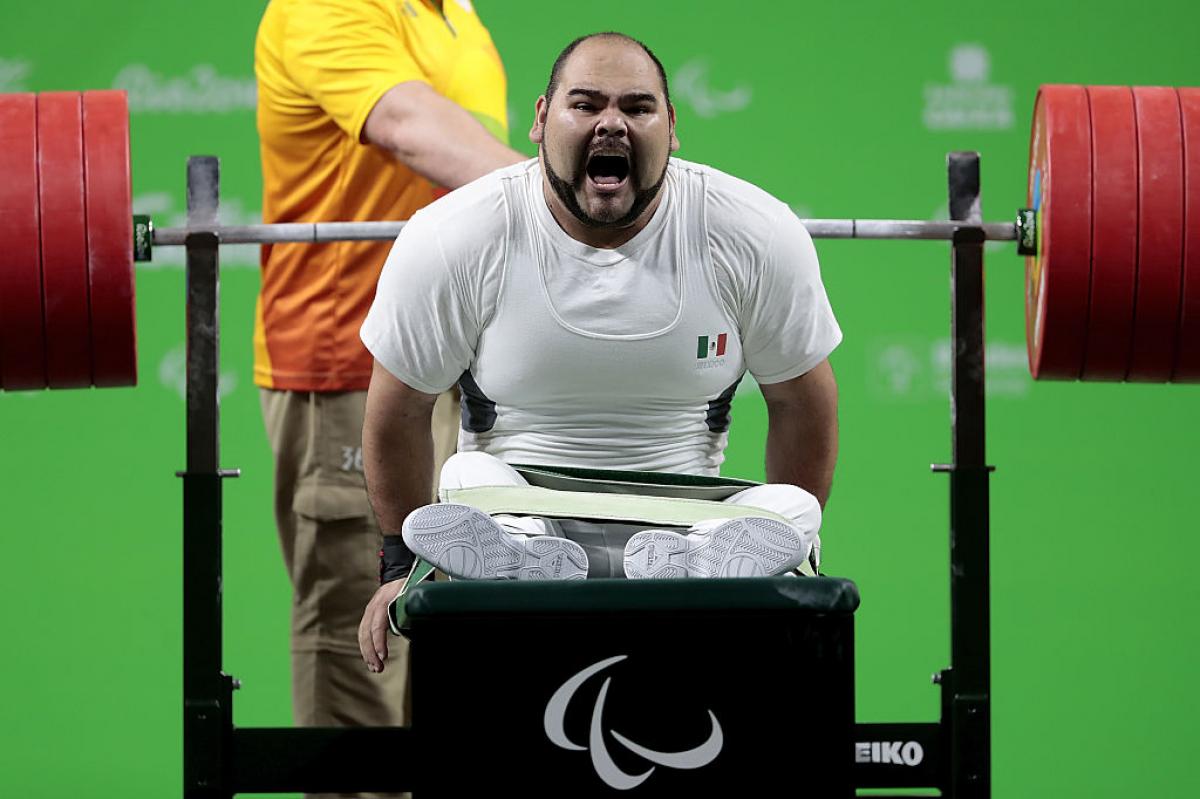 “I want to win gold at the World Championships and celebrate with my people. I am more motivated than ever. I want to make all those who believe in me happy.”

After participating in Rio 2016, Mexico’s Paralympic bronze medallist Jose Castillo will return to competition at the Eger 2017 World Para Powerlifting World Cup, from 4-7 May.

But whilst he gets ready for his first event of the season, the 32-year-old already imagines what it will be like to lift the bar in front of his home crowd at the World Para Powerlifting Championships in Mexico City, between 30 September-6 October.

“I want to perform well in Hungary because I am representing my country, no matter if it’s a World Cup, a World Championships or a Paralympic Games,” said Castillo.

“I hope to achieve the best possible result and feel good whilst competing. It is not good to focus on two events at a time, but of course I think of Mexico 2017 and feel extra-motivated.”

This will be the third time Castillo will compete at a major Para sport event in front of his home crowd. In 2011, he participated at the Parapan American Games in Guadalajara, and four years later he claimed gold at the Americas Open Championships in Mexico City.

“Powerlifting is a sport where you are prone to injuries if you don’t take enough care of yourself,” he said. “You need to have a good plan, be focused on your work and train conscientiously. That is what I have been doing ahead of Eger and Mexico.

“I want to win gold at the World Championships and celebrate with my people. I am more motivated than ever. I want to make all those who believe in me happy.”

Looking further ahead, Castillo is still unsure whether he will compete at the Lima 2019 Parapan American Games and the Tokyo 2020 Paralympic Games.

“I have important events coming, I cannot and should not think beyond that,” he said. “I don’t know if I will get to Lima and Tokyo. But I believe I will if I continue on this path.”

Last year, the Mexican sealed his first Paralympic medal at his third Games, a bronze in the men’s up to 97kg.

“I remember being very nervous before competing. But I calmed down and achieved something for which I worked for four years,” he recalled.

“It was very beautiful to step onto that podium. A great experience, probably the best in my life. This was a reward for all the hard work.”

The World Para Powerlifting World Cup in Eger will be shown live between 4-7 May.

The World Para Powerlifting Championships will take place in Mexico City from 30 September-6 October, with more than 360 powerlifters from 65 countries expected to compete.