Chinese powerlifters continue to dominate the Asia-Oceania Open Championships in Kitakyushu, Japan. Ye Jixiong broke the world record in the men´s up to 88kg on 11 September. Han Miaoyu and Xu Lili also added two more golds to China’s haul in the women’s up to 73kg and 79kg respectively.

It was a special competition for two reasons.

One of them is because 25-year-old Jixiong broke the world record. He first set a new Asian record after lifting 232.5kg in the third round.

Boosted by this achievement, the 2017 world champion then went for more. In his fourth attempt, he cleared the bar at 233.5kg, breaking the world record of 233kg set by Egyptian Hany Abdelhady in 2016.

But the men’s up to 88kg was also memorable because Japan won their first senior medal at their home Asian-Oceanians. Hideki Odo claimed bronze thanks to a 195kg lift in the last round.

Japan had already won gold in Kitakyushu but in a junior event as 15-year-old Karin Morisaki topped the podium in the women’s up to 67kg.

Odo said: “It means a lot to win this first senior medal for Japan at Kitakyushu 2018. It is also my first time competing at an international event in my country. I am satisfied with my performance but believe I can lift even more.”

Reigning world champion Lili started with a 132kg lift to ensure the leading position for the rest of the competition. She then progressed to 136kg and 139kg.

She then tried to break the world record, but failed to lift 140kg.

China’s third gold medal of the day and 12th in the competition was sealed by Han. The Mexico City 2017 silver medallist lifted 122kg in the second round to finish top of the podium.

She then tried to break the Asian record of 130kg twice but failed to do so.

Seyedhamed Solhipouravanji gave Iran the first senior title in Kitakyushu after a 231kg lift. Unfortunately he decided not to go for the Asian record of 233kg set by China´s Qi Dong at Rio 2016. 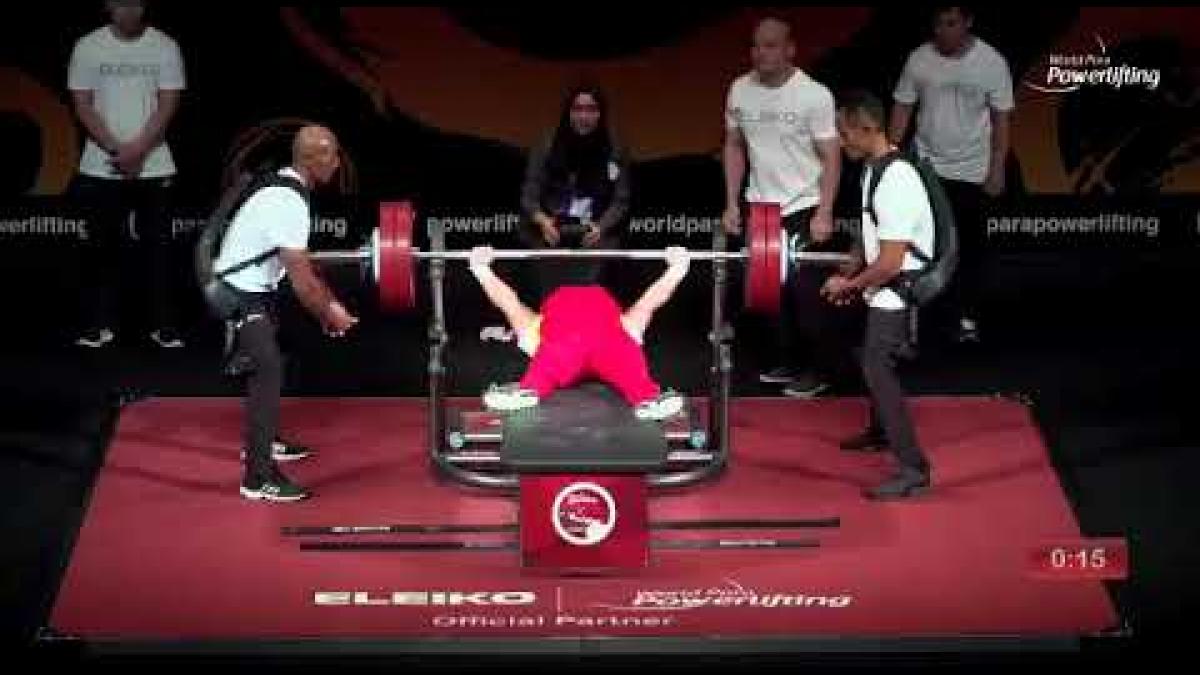