Legends rise in swimming at Rio 2016

The world’s best Paralympians showed why they remain at the top of their game at the Olympic Aquatics Centre, with world records and golds galore. 12 Sep 2016 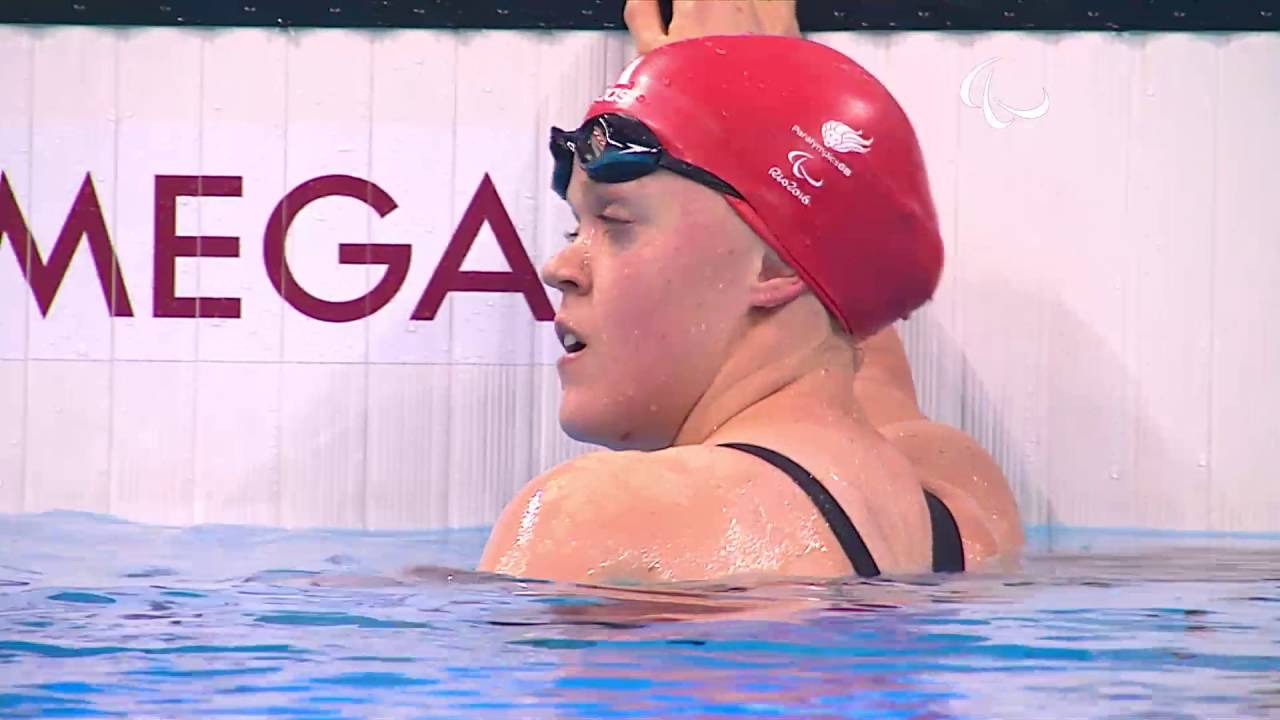 World champion Kindred (2:38.47) had an excellent breaststroke and freestyle lap to touch in first, but afterwards hinted at retirement.

“That’s my last Paralympic race, yeah. I may do worlds next year but not Tokyo. Well, 99 per cent sure. I am not a Steve Redgrave [British five time Olympic rowing champion]: I won’t say ‘kill me if you see me in the pool’.”

China’s Hongguang Jia (2:39.47) was second, followed by Brazil’s Talisson Glock (2:41.39) who made it onto the podium following the disqualification of Colombia’s Nelson Crispin.

Showing why she is known as one of the world’s best swimmers, triple Paralympian Simmonds also had an excellent final two laps to move into first place. China’s Lingling Song (3:03.19) was second with a new Asian record and Australia’s Tiffany Thomas Kane (3:09.78) third in a new Oceania record time.

“To do a personal best, a world record and a gold medal as well,” Simmonds said, “I’m absolutely over the moon. I’m so happy. To be honest it hasn’t really sunk in yet. I don’t think it will until like day 10.

“After watching Sascha get the world record and get the gold medal it makes me even more nervous because I’ve got to do it as well. It’s amazing. British swimming and British Para swimming are on fire.”

World and Paralympic champion Sophie Pascoe (1:02.65) became the most decorated New Zealand Paralympian of all time after winning the women’s 100m butterfly S10. She placed the cherry on the cake by setting a new Paralympic record.

The New Zealander dominated at the turn as China’s Yi Chen (1:06.92) maintained second place for the silver. Poland’s Oliwia Jablonska (1:08.77) was third.

The hosts had an excellent evening with three-time Paralympian Daniel Dias (32.78) winning gold in the men’s 50m freestyle S5. Dias looked strong for the win and his second gold of the week, with three more chances to come.

“It's not a dream any more. That’s the moment that I’ve been dreaming about for the past year-and-a-half,” Konkoly said. “That’s what’s gotten me out of bed every morning and now it’s real.”

Konkoly led on the turn to touch in 0.07 seconds under the former world best of South Africa’s most decorated Paralympian. Spain’s Sarai Gascon (1:02.81) continued her great Games by setting a new European record to take her second silver. Australia’s Ellie Cole (1:02.93), the defending champion, rounded off the top three.

The USA’s Rebecca Myers looked as though she could not quite believe she had broken the world record in the women’s 400m freestyle S13.

“Unbelievable is the word to describe all of this,” Meyers said. “It was amazing tonight. I mean look at it [the crowd]. Everyone is up on their feet. I could feel the energy when I dove in and it kept me going through the entire race.”

China’s Shiyun Pan and Giuzhi Li were the stand-out Chinese performances of the night, which saw the country awarded four golds.

World champion Li (30.73) was pushed to a new world record in the women’s 50m freestyle S11. Li had a head-to-head with Sweden’s silver medallist Maja Reichard (30.76), who herself lowered the European mark, with little to separate the pair before the touch. Ukraine’s Maryna Piddubna (31.23) tied for the bronze with the Netherlands’ Liesette Bruinsma (31.23).

Zang Li (36.87) set a new Asian record on her way to gold in the women’s 50m freestyle S7. There was further delight for Brazil as world champion Joana Maria Silva stormed to silver. The Czech Republic’s Bela Trebinova (37.37) was third.

The world-record setter from the morning’s heats, Jiao Cheng (2:49.69), converted her performance into gold in the women’s 150m individual medley SM4. Ukraine’s Olga Sviderska also broke the SM3 world record for the second time in one day with a time of 2:54.14 for silver. Yue Deng (2:57.26) got a second podium for China with bronze.

Belarusian Ihar Boki just missed out on breaking his own world record in the men’s 400m freestyle S13, but will be pleased with a Paralympic record and amazing third gold medal of Rio 2016 to defend his title. He has not lost the race since 2010.

“This was my personal mission,” Boki, now an eight time Paralympic champion, said. “It’s my signature distance and I would not want to allow myself to lose it.”

Ukraine’s world champion Denys Dubrov sealed his second gold medal of Rio 2016 with a new world record in the men’s 100m butterfly S10. He and teammate Maksym Krypak had a close first 50m with reigning Paralympic champion Andre Brasil, but it was Dubrov who emerged the victor in 54.71 seconds. Krypak (54.90) was second whilst Brasil (56.50) delighted the crowds with bronze.

An emotional Brasil shed tears on receiving his bronze medal.

“In 60 years of Paralympic sport just a few people stepped up to get those medals, and I am in this group, this is my first medal.”

An Australian one-two was the highlight of the men’s 100m freestyle S9, as both Timothy Disken (56.23) and Brendan Hall (56.95) came back from fourth and fifth respectively on the turn to take gold and silver.

Bradley Snyder got his second gold medal in the men’s 50m freestyle S11, accompanied by a new Americas record of 25.57. After the morning heats, Japan’s Keiichi Kimura (26.52) said he was pleased just to be swimming next to his idol Snyder but his silver medal proves he can challenge after the US swimmer just pulled away. Chinese defending champion Bozun Yang (26.72) secured bronze.

Snyder said: “I have to adopt a certain aggressive, never-say-die mentality and that really paid off in that 50(m) because it didn’t really go the way I had envisioned nor the way it went this morning. I definitely had a lot more contact with the lane line.

“But by not taking the race for granted I was able to get to the wall first. The longer it is the more comfortable I feel, I can get into a rhythm and just bang out intervals, that is my bag, the 50m is not. It is not forgiving and especially blind. It doesn't matter who is favourite, anyone can have a bad day and have a crash.

“That is what makes blind racing so cool, especially in the 50[m].”