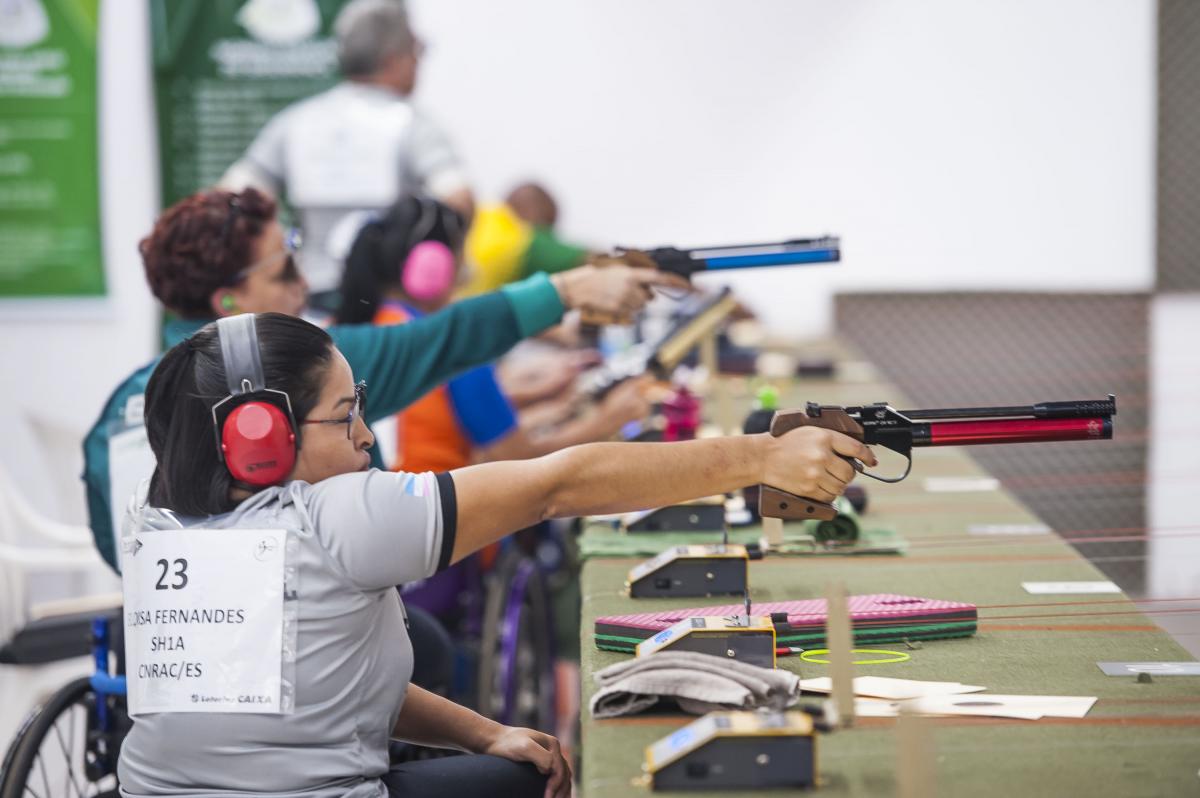 Brazil's Eloisa Miranda Fernandes will try to qualify for Lima 2019

Americas shooting Para sport athletes are aiming for history when they take on the Cali Open which begins Thursday (15 November) in Cali, Colombia.

At stake are 12 places (seven for men, five for women) for the Lima 2019 Parapan American Games in Peru, where the sport will be contested in a Parapan Am Games programme for the first time.

Maria Rojas and Gabriel Galvis are expected to lead the host nation.

Rojas will compete in two rifle events and one pistol. Her strongest event will be the R3 (mixed 10m air rifle prone SH1), which she captured gold at the 2017 South American Cup.

Galvis will prepare for four rifle events, being a favourite in the R6 (mixed 50m rifle prone SH1). He won gold in that event in the South American Cup and bronze in the R3.

Both carry over experience from the 2018 USA Shooting National Championships from June.

"This event is very important, not only for the Colombian shooters, but also those from abroad,” said Cesar Duran, member of the national team. “We are going to have a pretty good qualifier for the Pan American Games next year."

Argentina’s Osvaldo Gentili is among the experienced in the field, having competed at the London 2012 Paralympics and 2014 World Championships. This would be his first competition since 2015.

But Brazil is expected to present the sharpest shooting athletes.

Carlos Garletti is among the country’s well-known in the sport. He will take on the R3, R6 (mixed 50m rifle prone SH1) and R7 (men’s 50m rifle three positions SH1); Garletti won the R7 at last year’s Cup.

Geraldo Rosenthal could sweep the pistol events, as he almost did at his home South American Cup last year. The 2018 World Championship contender and Rio 2016 Paralympian is the one to watch in four pistol events.

Eloisa Miranda Fernandes could contend with her compatriot in the pistol events. In her first World Shooting Para Sport competition at the South American Cup, the Brazilin finished in silver position in the P2 (women’s 10m air pistol SH1). She has two World Cup experiences under her belt since.

"This International Open is a qualifier for Lima 2019. It is very important to have these kinds of events in the region and not have to travel to other continents to look for classification," said Gabriel Corredor, National Paralympic Committee (NPC) Colombia competition director.