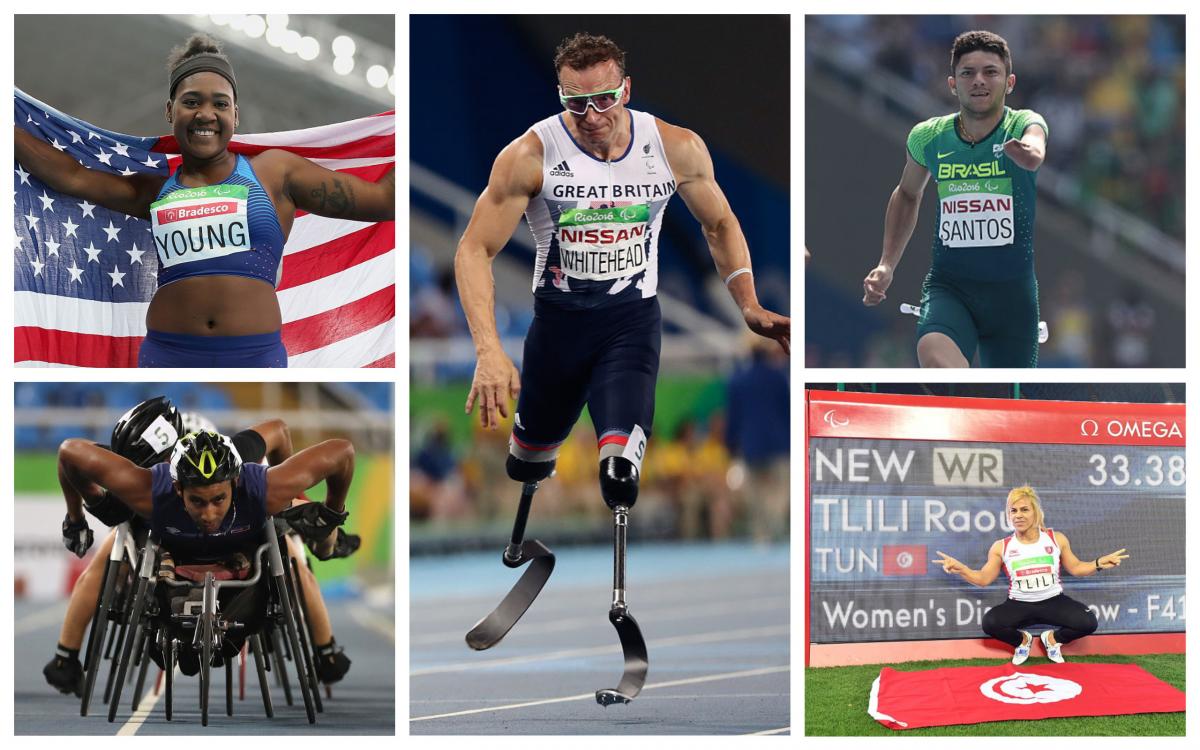 Brazil’s Petrucio Ferreira delighted the crowds at Rio 2016 when he sprinted to 100m T47 gold last year and the 20-year-old could find himself with a whole new set of fans on day two (15 July) of the World Para Athletics Championships in London, Great Britain.

Ferreira broke the world record twice on his way to Paralympic gold, clocking 10.57 seconds. If he continues in that vein he could well threaten Irishman Jason Smyth’s title as the world’s fastest Paralympian – Smyth’s time of 10.46 seconds was set at the London Stadium five years ago.

Ferreira still has a tough field to get past – including teammate Yohansson Nascimento and Michal Derus of Poland, the two-time world champion.

Over 200m, watch out for Deja Young in the T47 class – the American won double sprint gold at Rio 2016. Another American hoping to make a mark at this year’s World Championships is Tatyana McFadden.

The 28-year-old has suffered problems with blood clots this year which hampered the start to her season, but McFadden’s experience and success – she has so far won 11 world and seven Paralympic gold medals - means she remains a key threat.

The men’s 1,500m T46 features defending champion Samir Nouioua of Algeria – but he will have to watch out for in-form Australian Michael Roeger, who broke the world record earlier this year.

Cristian Valenzuela of Chile also lines up with a world title to defend – he takes on the 5,000m T11 alongside Paralympic gold medallist Samwel Kimani of Kenya.

Paralympic and world champion Whitehead will start as favourite in the men’s 200m T42 – watch out too for 15-year-old South African Paralympic silver medallist Ntando Mahlangu, who has already shown terrific potential and could well be the face of the future in this event.

Reid has arguably her best chance yet to claim world gold when she lines up in the long jump T44 – one of five medals to be decided on Saturday morning.

Silver medallist at the Rio 2016 Paralympic Games, the 32-year-old has yet to win a world title, but with French defending champion Marie-Amelie le Fur absent Reid could well top the podium.

Butterfield finished fourth in Friday's club throw F51 and the three medallists - Ukraine's Zoia Ovsii, and the US duo of Cassie Mitchell and Rachael Morrison - will line-up in the discus F52.

In total, eleven gold medals will be decided out in the field on Saturday, with Tunisian Raoua Tlili first out in the morning session, going for her third consecutive discus F41 world title. Her compatriot Maroua Ibrahmi heads up the field in the women’s shot put F32 – the Paralympic champion is joined by the two women who she shared the podium with in Rio – the UAE’s Noura Alktebi and Australian Louise Ellery.

Algerian trio Nassima Saifi, Nadia Medjmedj and Safia Djelal all line up in the women’s discus F57 – Saifi is the reigning world and Paralympic champion while Medjmedj broke the discus F56 world record earlier this year. Ireland’s Orla Barry, Paralympic silver medallist and second in the world rankings this year, could cause an upset.

Malaysia’s Muhammad Zolkefli won his country’s first ever Paralympic gold medal in the field last year, clinching shot put F20 gold with a world record to boot. He will be out to regain the world title he won in 2013; Australia’s Doha 2015 gold and silver medallists Todd Hodgetts and Greek Dimitrios Senikidis are amongst a tough field he will have to overcome.