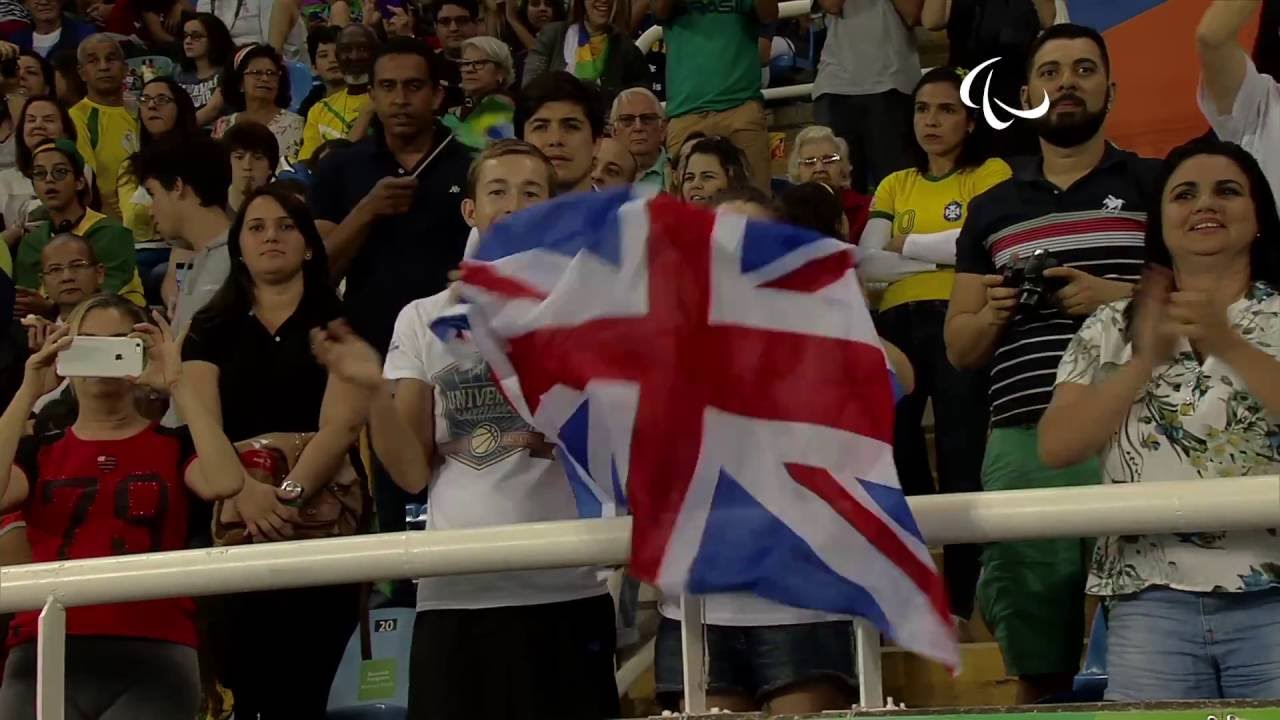 The men’s 100m T44 final is sure to be one of the highlights of the third day of competition (Sunday 16 July) at the World Para Athletics Championships London 2017 as home favourite Jonnie Peacock goes up against US sprinter Jarryd Wallace.

Two-time Paralympic champion Peacock won his first major title back at the London Stadium in 2012, before going on to win gold at the 2013 World Championships.

Like Wallace, the 24-year-old missed the 2015 World Championships in Doha, Qatar, due to injury but he was back to winning ways at the Rio 2016 Paralympic Games.

Wallace, a former 200m T44 world champion, also held the 100m world record for a spell during 2015. But he is not the only Para athlete capable of upsetting Peacock’s plans: Germany’s Johannes Floors has already broken both the 100m and 200m T43 European records this year and should not be dismissed.

Ireland’s Jason Smyth also lines up over 100m on day three – the 30-year-old races in the T13 class for visually impaired athletes and with five world and five Paralympic titles to his name he is so far unbeaten at major competitions.

Watch out too for Martina Caironi in the women’s 100m T42 – the first of two gold medals the Italian is chasing here in London.

Smyth’s teammate – and roommate – Michael McKillop also races on Sunday; he goes in the men’s 800m T38. The 27-year-old seven-time world champion finished first in his heat on Friday (14 July), as did Canada’s Liam Stanley and Australian Deon Kenzie.

The final event out on the track is the men’s 1,500m T54 and as usual the field is packed with talent. The likes of Thailand’s 2015 world champion Rawat Tana, Canada’s world record holder Brent Lakatos and Swiss star Marcel Hug – winner of 800m T54 Paralympic gold last year – all line up.

Out in the field, Great Britain’s Aled Davies goes in the men’s discus F42 – one of two world titles the 26-year-old hopes to defend in London. With a world lead throw of 53.58m this year he will be hard to beat.

Fellow Briton Dan Greaves has won the discus F44 title three times before, but he was beaten to the top of the podium at Lyon 2013 and Doha 2015 and there’s no doubt the 34-year-old faces a much tougher task to win gold.

US Paralympic champion Dave Blair has already thrown over the 65m mark this year, while reigning world champion Jeremy Campbell sits second in the world rankings. Then there’s Trinidad and Tobago’s Akeem Stewart (F43), who won Paralympic silver last year. Greaves will be hoping the home support will spur him on to a winning performance.

Roderick Townsend-Roberts is another of the US team’s gold medallists from Rio 2016 – he won the high jump T47 and goes for gold once again. Having leapt a new world record of 2.13m earlier this year he remains the man to beat.

Ricardo Costa clinched Paralympic long jump T11 gold with his final leap of the competition at Rio 2016, getting the better of USA Para athlete Lex Gillette, who arrives in London as the defending world champion and world record holder.

The men’s shot put F33 promises a terrific competition between the three medallists from Rio 2016 – Germany’s Daniel Scheil won gold ahead of Algeria’s Kamel Kardjena and Saudi Arabia’s Hani Alnakhli at the Paralympic Games; it’s Kardjena who tops the world rankings this year.