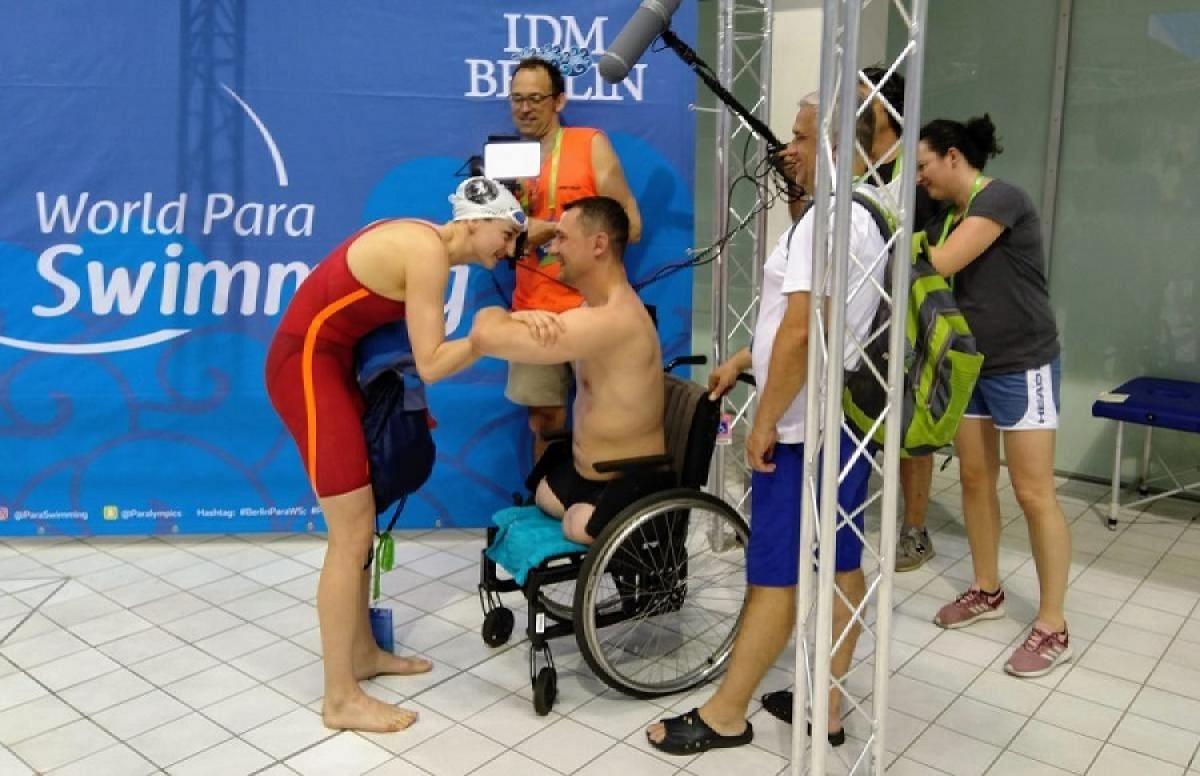 Walking in the forest near his home one day, he accidentally stepped on an unexploded World War II bomb. It detonated underneath him, taking both of his legs, his whole right arm and half of his left.

Talai travelled to Germany for treatment and later took up swimming, using only his torso and his half-amputated left arm to propel himself down the pool.

“All my family believe in me,” the 35-year-old said at the recent World Series finale in Berlin, two weeks ago.

It seems Talai has forgotten how to. He set a world record for his SB1 class in the heats of the 50m breaststroke on the morning of day three in Berlin, before going lower still in the evening final to win gold.

“There is sunshine in my heart,” he said afterwards. “I feel like I’m in another universe right now.”

As his own star rises, Talai has developed a close friendship with champion German swimmer Elena Krawzow, a London 2012 Paralympic Games silver medallist who was also competing in Berlin.

“I met her for the first time in Italy during competition,” Talai said.

“We spoke and found many things we both enjoy. We stayed in touch on Instagram and we’re always asking each other: ‘How are you? What’s new?’”

Krawzow is only too aware of Talai’s painful past.

“Aliaksei Talai is a person I have a big respect for because he’s so positive, always good motivation and I like this guy very much,” she said in Berlin.

“Maybe it was a German bomb he stepped on…It’s terrible what happened to him, crazy.”

Talai says he drew inspiration from Krawzow during the World Series finale in the German capital, after she bounced back from the pain of a head-on collision with another swimmer during a warm-up on day two.

“She was crying, and it touched my heart very much,” Talai said. “She had to stop competition all day and then the next day she swam a world record. It’s amazing.”

Talai was in tears himself during the medal ceremony for the men’s 50m breaststroke in Berlin, as the enormity of his achievements began to hit home.

“Now I believe 100% percent that everything is possible,” he said.

“I’m a world record holder now and I have done that in my beloved Berlin. You just have to believe in yourself.”

Talai and other 600 swimmers from 60 nations are set to take part in the London 2019 World Para Swimming Allianz Championships from 9 to 15 September.

Tickets for London 2019 are already on sale here. 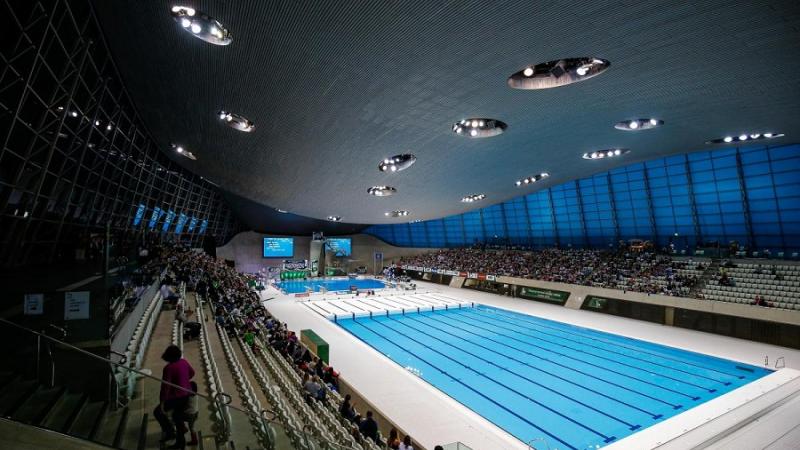