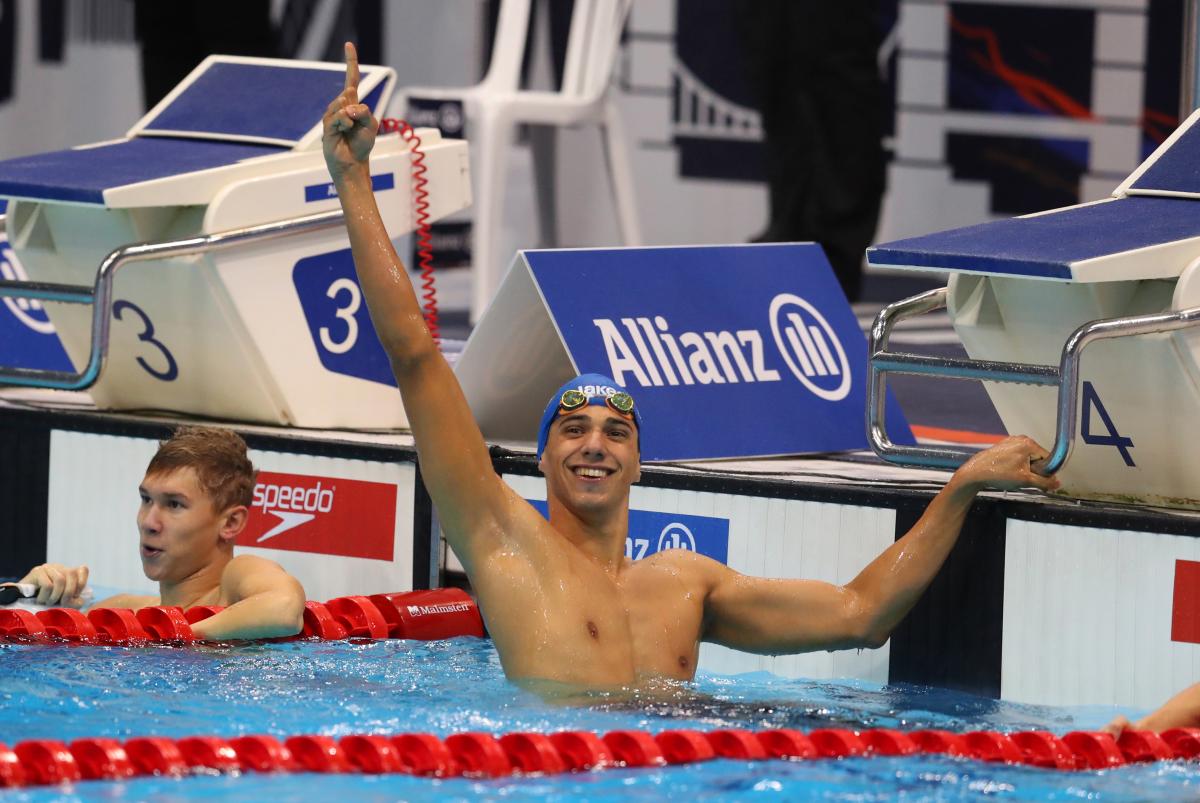 A fantastic flurry of five gold medals gave Italy the top spot in the table on a dramatic final night of the London 2019 World Para Swimming Allianz Championships on Sunday.

In an explosive evening of racing at the London Aquatics Centre, nine world records were overwritten, with Italy rounding out the reductions in the men’s 4 x 100m freestyle relay 34pts.

While that win ensured Italy would depart London 2019 with an insurmountable 20 golds, their all-star relay quartet did not have the race all their own way. 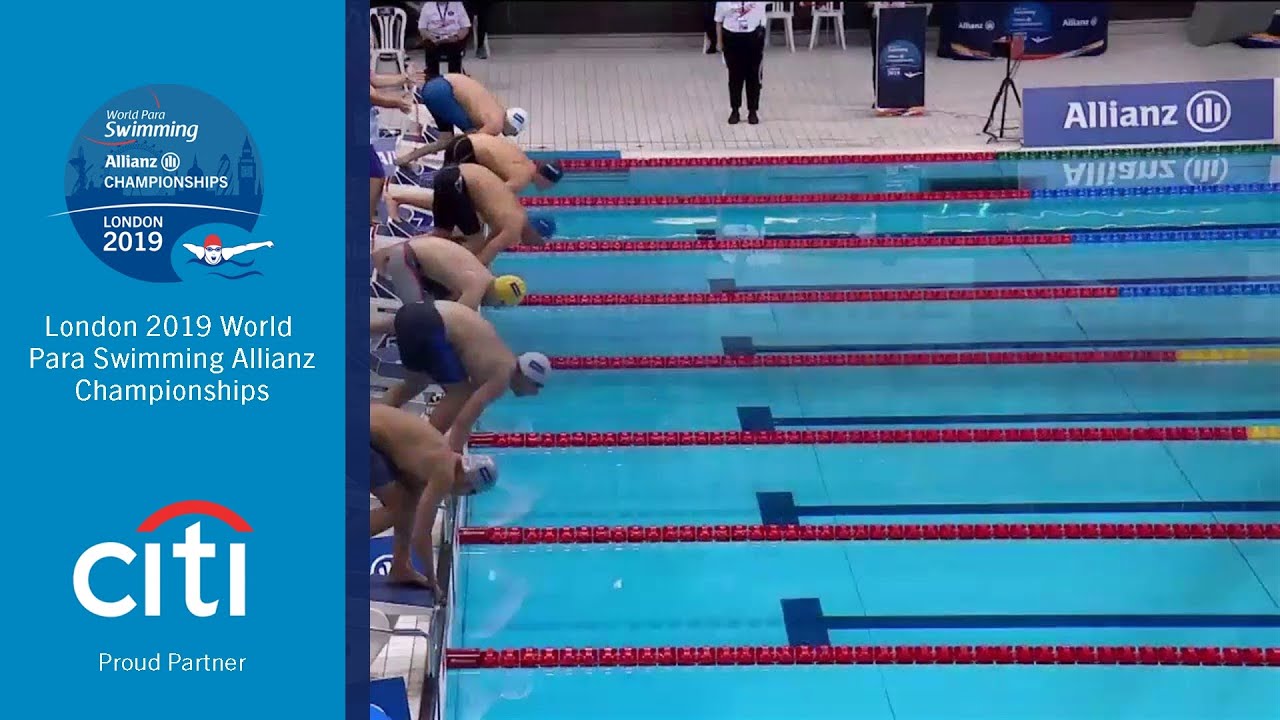 “Winning this relay is maybe the best feeling in the world,” Morlacchi said. “This World Championship is the best one we could make because we had stars like Simone and we had the chemistry.”

Barlaam described the race as the “hardest and toughest” the team had faced.

“We were not expecting to destroy the world record so it’s fantastic,” he said.

Central to Italy’s success throughout the week was the form of Barlaam and Carlotta Gilli, with both athletes bagging their fourth individual gold medals of London 2019 earlier on Sunday.

“Today I knew I must win as yesterday I did a very strange competition,” Gilli said. “I’m very happy to close this World Championships with a gold medal.”

In the most dramatic finish of the evening, Alice Tai led Great Britain home in the women’s 4 x 100m freestyle relay 34pts in a race which saw the lead change hands four times.

With China setting the early pace, Britain slipped from second place to fourth over the middle 200m before Tai reeled in the final leg swimmers of Canada, USA and China to touch home in 4:23.86.

“I saw they were ahead of us and I said, ‘Nope, not today’,” Tai said. “(But) then I dove in and thought I had done a false start. I was panicking before the result came in.”

The relay gold returned Tai to the top of the individual medals table with seven from her eight events.

Ihar Boki of Belarus had briefly occupied top spot in the individual table on Sunday evening after he won the men’s 50m freestyle S13 for his sixth title of London 2019.

Liu Daomin of China set the tone when she sliced over three seconds off her own previous best mark for the women’s 100m breaststroke SB6, touching home in 1:29.87.

The stage was then cleared for Great Britain’s new kids on the block, Brock Whiston and Reece Dunn.

Whiston won the women’s 100m breaststroke SB8 by the huge margin of eight seconds as she reset her own world record to 1:13.83.

In the next race, Dunn powered to the men’s 100m butterfly S14 gold medal in a time two seconds under the previous record held by the man he beat into silver, Dai Tokairin of Japan (54.46).

The British pair – who are both competing in their first seasons as elite Para swimmers - helped the host nation hold onto second place in the final medal count, with 19 golds.

Behind them were Russia and Ukraine, who both performed strongly all week to finish third and fourth with 18 and 17 golds respectively.

The final individual world record of London 2019 went to Liesette Bruinsma of the Netherlands, who won the women’s 400m freestyle S11 in 5:02.19 for her third gold of the championships.

“It’s amazing - I’m really happy that I can finish the competition with this performance,” Bruinsma said.

“I want to thank London for a very good competition, the great swimming pool and a very nice atmosphere during the championships.”

All London 2019 medallists and results can be found on the official competition website.

Madeira, Portugal, will host the next edition of the World Championships in 2021. 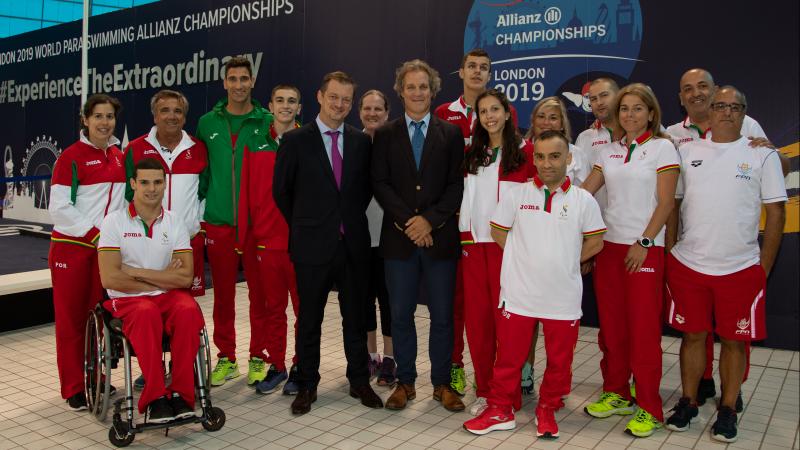