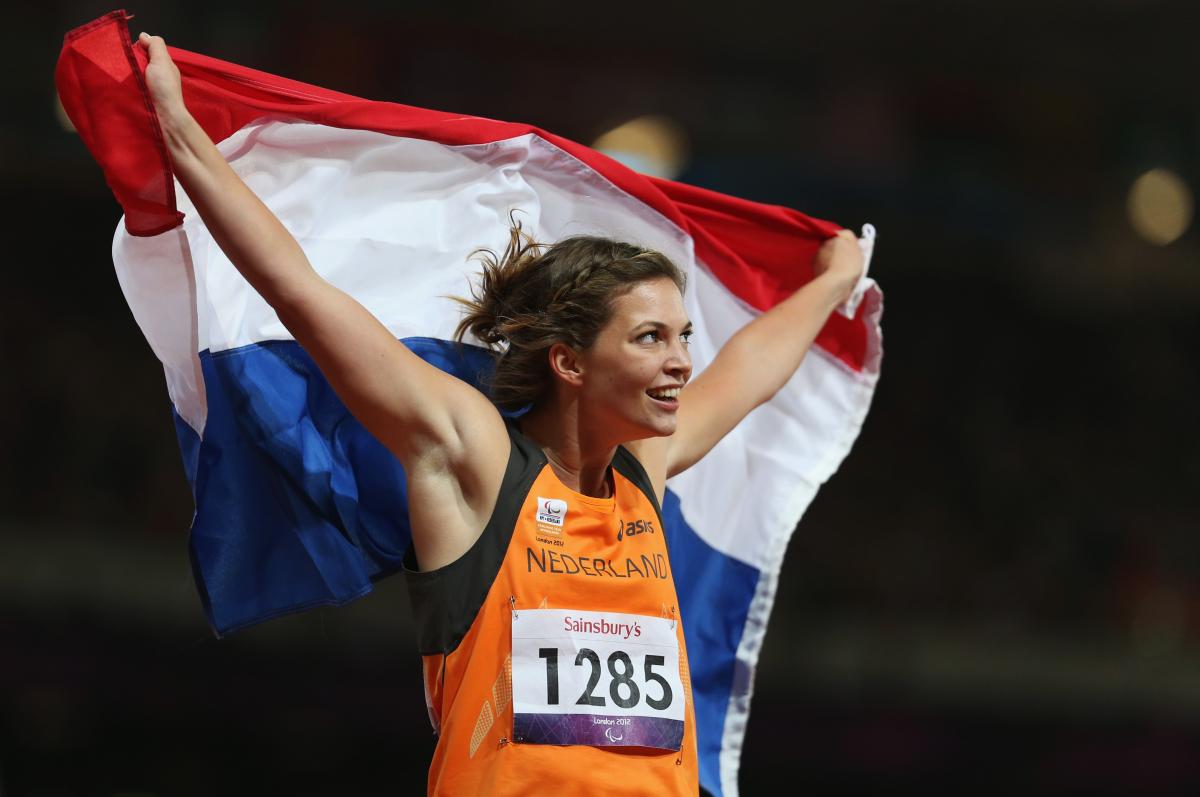 Marlou van Rhijn took her second gold of the 2013 IPC Athletics World Championships in Lyon, France on Saturday 27 July to confirm her status as the world’s fastest female leg amputee.

The crowds cheered as French heroine and defending champion-Amelie Le Fur was introduced on the start line of the 200m T44, but glory went to the Dutchwoman who sped past Le Fur with 80m remaining.

The 21-year-old set a new 200m T43 world record to take gold at the Paralympic Games in London last year and broke her own 100m and 400m world bests in Berlin last month.

With the sun still beating down after a week of high temperatures and windy conditions, Brazil’s Terezinha Guilhermina dominated yet again as she tore round the bend in the women’s 200m T11 to complete her hat trick of gold medals here in Lyon – a repeat of the feat she managed in New Zealand two years ago.

It was yet another superb run by the 34-year-old as she crossed the line comfortably clear of her compatriot Jerusa Santos, equalling the championship record with 24.74. Bronze went to Angola’s Esperanca Gicaso.

There were two golds on the track for Italy on the final morning session at the Stade du Rhone. Martina Caironi made it look easy as she won the woman’s 100m T42 to add to the long jump gold she won earlier this week. The 23-year-old stormed down the straight and extended her lead to cross the line in 15.26, a new championship record.

“My start was not one of the best,” said Caironi. “Jana (Schmidt) started off the blocks quicker than me but this helped me to go and get her. I’m satisfied with the results of these World Championships but in all the events I gave only 90 percent and not 100 percent because of the heavy heat.

“I can improve - the aim for next season is to run under 15 seconds and to go further than 4.50m in the long jump. Now things are getting serious.”

Schmidt of Germany ran a season’s best 16.24 for silver with her compatriot Vanessa Low taking bronze – a repeat of their medal positions in 2011.

Caironi’s teammate Oxana Corso had earlier completed her sprint double with a win in the 200m T35. The 18-year-old took gold in the 100m T35 on Monday and looked in great form once again as she led off the bend, crossing the line in 33.42.

“On the straight I was first and I said to myself, ‘I have just to overcome this wind and the medal will be mine again.’ The secret is not about going faster, but slowing less.

“I am really happy I did a good time - there was too much wind, otherwise I would have tried to run under 33 seconds. But I go back with another medal around my neck.”

With 100m and 200m T44 bronze medallist Jerome Singleton leading off at the gun, the Americans quickly took the lead.

Richard Browne, who set a new 100m T44 world record in his semi-final this week, then extended that lead up the back straight before 200m T44 champion Jarryd Wallace took on the bend. Three-time silver medallist Blake Leeper just had to hold on to take the gold with a new world record (40.73).

Leeper said: “It felt good, I had a tough week taking nothing but silvers, but you know, when I have these guys getting me started I knew that we had no choice but to take gold.

“It shows that individually you struggle, but as a team we come together – we deserve the gold and we take the gold.”

Wallace was delighted to add another world gold to his collection, adding: “It feels amazing, this was even sweeter than the last one because I’m next to my team mates.

“We worked hard for this and we came here with a goal. We needed clean exchanges after London when we had a little bit of a disappointment getting disqualified, and we got our redemption.

There was another gold on the track for Russia – their 12th in the Championships – as Evgeniya Trushnikova put in a gutsy performance down the home straight in the women’s 400m T37 to close in on Neda Bahi, passing the Tunisia in the closing stages to claim victory with a championship record 1:05.69.

In the morning’s four field events, men’s shot put F44 gold went to Denmark’s Jackie Christiansen, who throw 17.66m in his final attempt to finish more than two metres clear of his rivals.

Karol Kozun of Poland improved on his Paralympic silver medal from London to take gold in the men's shot put F54/55 ahead of Austria's Georg Tischler.

Nikita Prokhorov picked up his second gold of the Championships as he threw 49.68m, a new championship record, in the men’s discus F46. Dmytro Ibragimov managed a season’s best (46.26m) for silver with Poland’s Tomasz Rebisz taking bronze (45.70m). 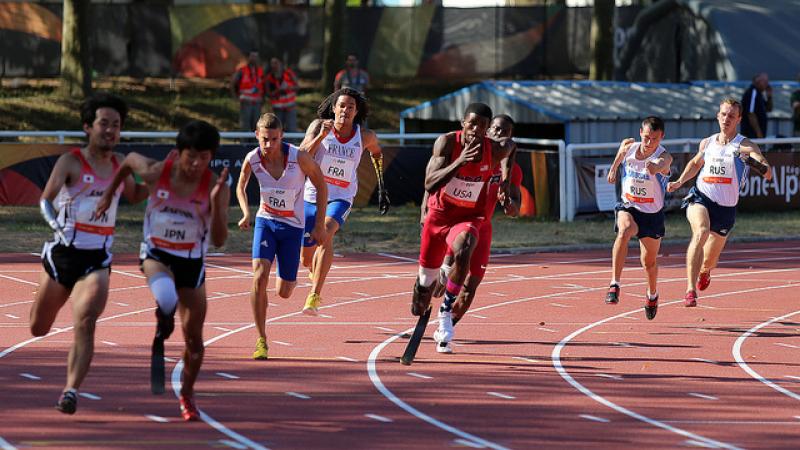 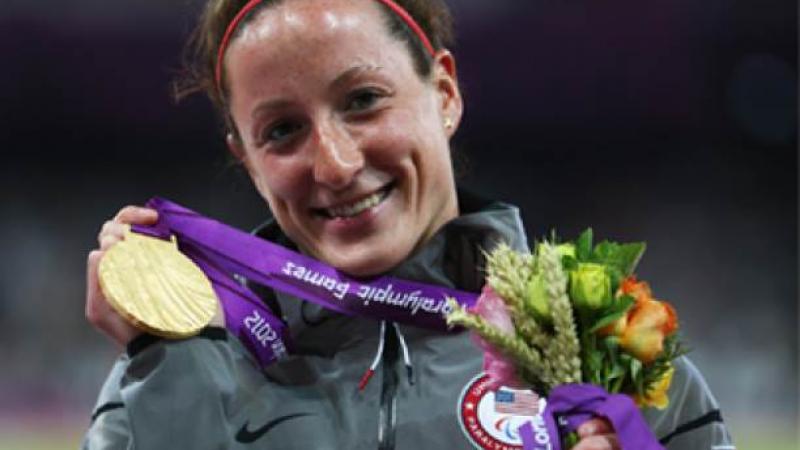