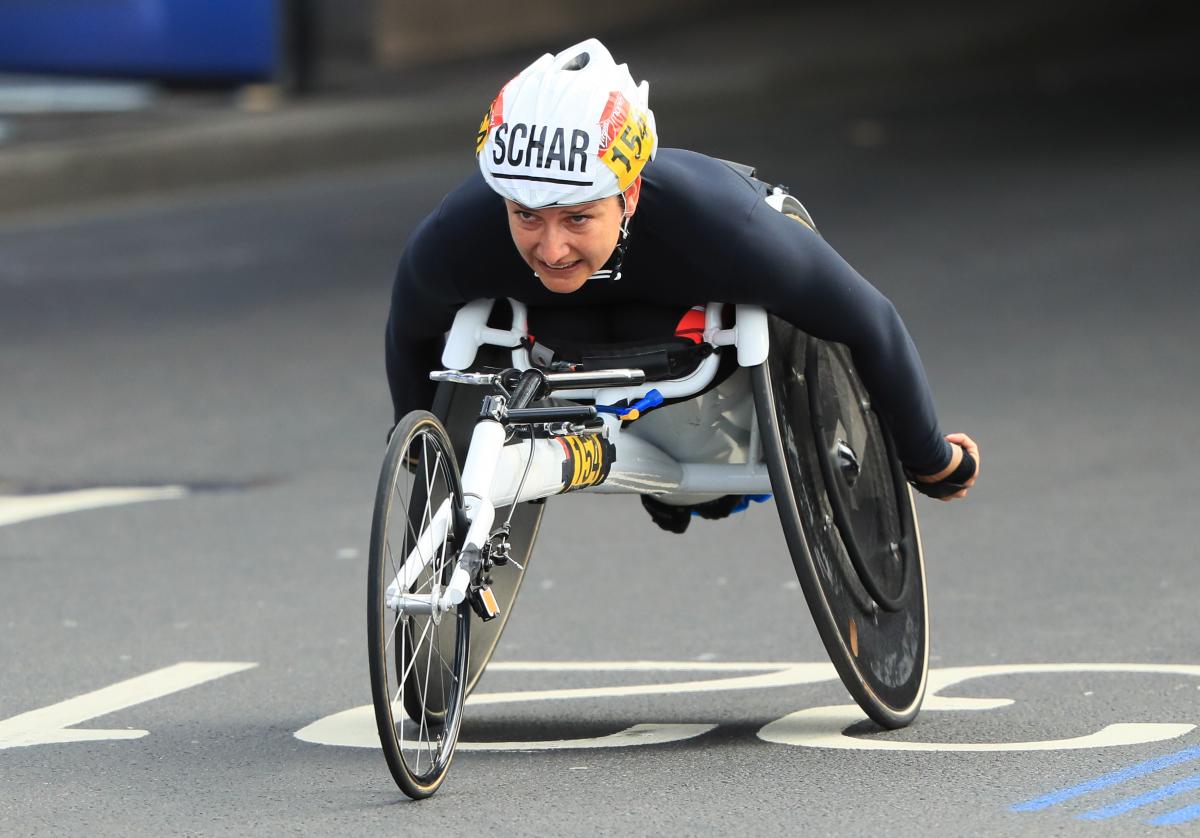 Switzerland’s Manuela Schär lines up at the Berlin marathon in Germany on Sunday (24 September), targeting her third consecutive marathon win this year. The former world champion believes the confidence she has gained following victories and new course records in London and Boston five months ago will help propel her to yet more success.

Schär also heads to Berlin as the defending champion, having crossed the line first in the German capital 12 months ago, but it is her recent wins out on the roads that mean the most.

“The past few races give me confidence,” admitted Schär, who also won the Great North Run – a world-renowned annual half marathon in the north-east of England - earlier this month.

“I’m not really thinking of last year as we didn’t have such a big field and it was right after Rio 2016, but thinking back to the Boston marathon, the London marathon and the Newcastle half marathon one week ago – I’m excited.

“I really hope Berlin is going well as it would be perfect to start this marathon season. I’m optimistic; I won Boston and I won London which was my main aim this year, so it’s like the pressure is gone already.”

Schär took part in the recent Great North Run primarily because it gave her a valuable opportunity to try out her new racing chair on the roads. Sunday’s race will be the first time the 32-year-old has used her carbon chair in a full marathon, but she has few concerns.

“I started training in my new chair after the World Championships in London (in July). I’d been training and racing on the track but I didn’t know how it feels on the roads so I wanted to see how it feels and how fast I can go,” explained Schär, who completed the 13.1-mile course in 48:44 minutes.

“I chose that race because it was at a good time, two weeks before Berlin - the timing was perfect. I was worried because it’s a totally new chair and I really hoped I would feel comfortable. The first lap I did, I knew it was good and that my body position was still the same.”

However, this year’s line-up in Berlin - the second of seven races in the Abbott World Marathon Majors Series XI - will not see the US duo of Tatyana McFadden and Amanda McGrory, two formidable racers who would have undoubtedly posed a major threat to Schär’s title hopes. Both US racers' flight were canceled.

McFadden has dominated women’s marathon racing in recent years – in 2016 she completed the sweep of Boston, London, Chicago and New York for the fourth time in a row; she also won the inaugural Abbott World Marathon Majors Series X.

The US wheelchair racer missed the London marathon this year after suffering illness, but returned to competition at the London 2017 World Championships with a vengeance, winning 200m, 400m, 800m and 1,500m T54 gold.

McGrory, meanwhile finished second behind Schär in Boston and London this year and won in Tokyo in February.

“I’m very excited to race there again. I like the course, it’s a short trip for me too – no jet lag - I don’t have to travel too far to get there which is really nice. It’s not a hilly course – really nice roads and big streets and not too many steep hills which I like.

“Training has been really good and this is not just the work of this year – it’s all past years and its building up. I can say too that I’m still improving, and that’s a good sign. That gives me confidence.”