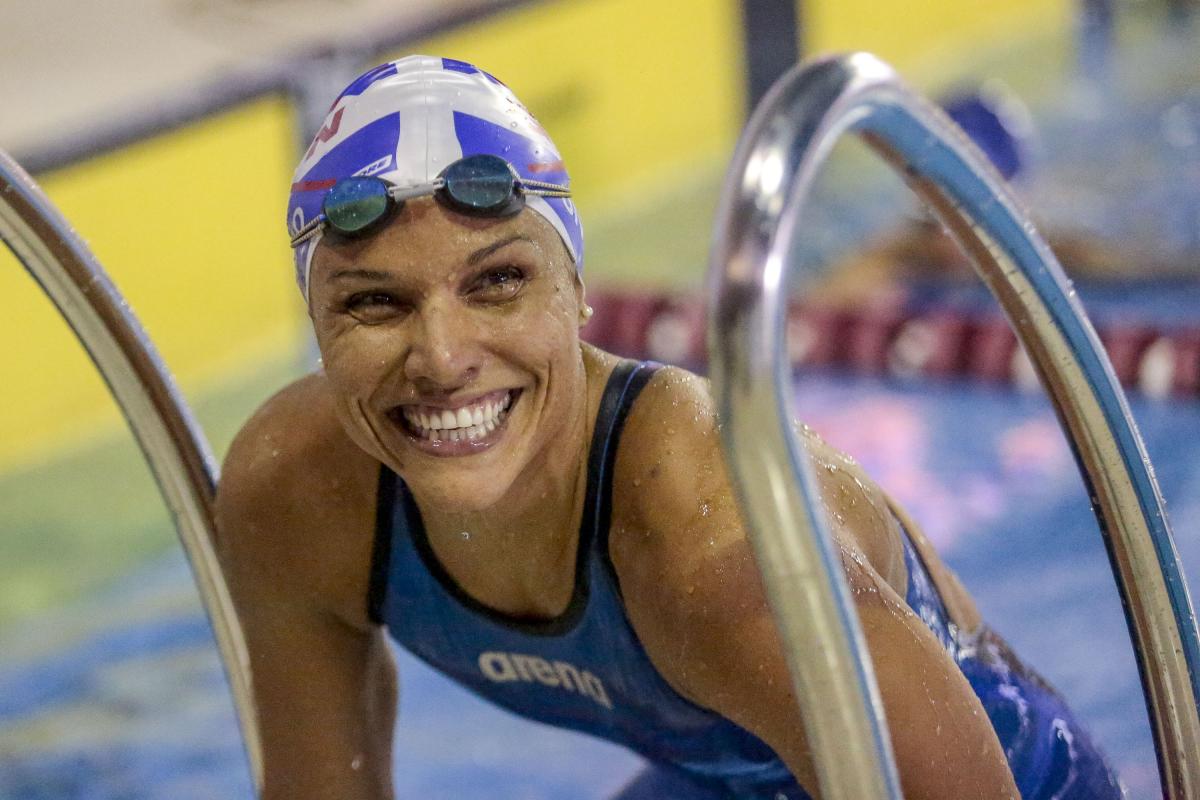 Maria Carolina Gomes could not have asked for a better international debut as she broke an Americas record* on home soil on the opening day of the World Para Swimming World Series stage in Sao Paulo, Brazil.

The 33-year-old clocked 59.65 in the women's 100m freestyle preliminaries and swam even faster in the afternoon finals to set a new S12 mark of 59.45 seconds.

This is over a second less than the previous mark of 1.00.84 set by USA's triple Paralympic champion Rebecca Meyers at the World Series in Indianapolis earlier this month.

"I cannot hide how happy I am on representing Brazil,” said Gomes, who will next compete in the 100m breaststroke, 100m butterfly and 50m freestyle.

“It is my first international meet and I was able to get a medal; that is priceless.”

Thanks to her outstanding performance, Gomes earned a spot in the Brazilian swimming team that will compete at August’s Parapan American Games in Lima, Peru, and September’s World Championships in London, Great Britain.

Dias does not disappoint

Reigning two-time World Series champion Daniel Dias took the men's 100m freestyle with a time of 1.11.08. He returned to the pool a few minutes later to claim the 50m backstroke crown in 36.95.

International swimmers also stood out in the Brazilian Paralympic Training Centre, with Argentina's world champion Daniela Gimenez touching in first in the the women's 200m individual medley in 2.41.87.

The Sao Paulo World Series continues on Friday and runs until Saturday, featuring 250 swimmers from 16 countries.