Belgian wheelchair racer made a comeback from serious injury in 2014 and set multiple world records in the T52 class. 22 Jan 2015
Imagen 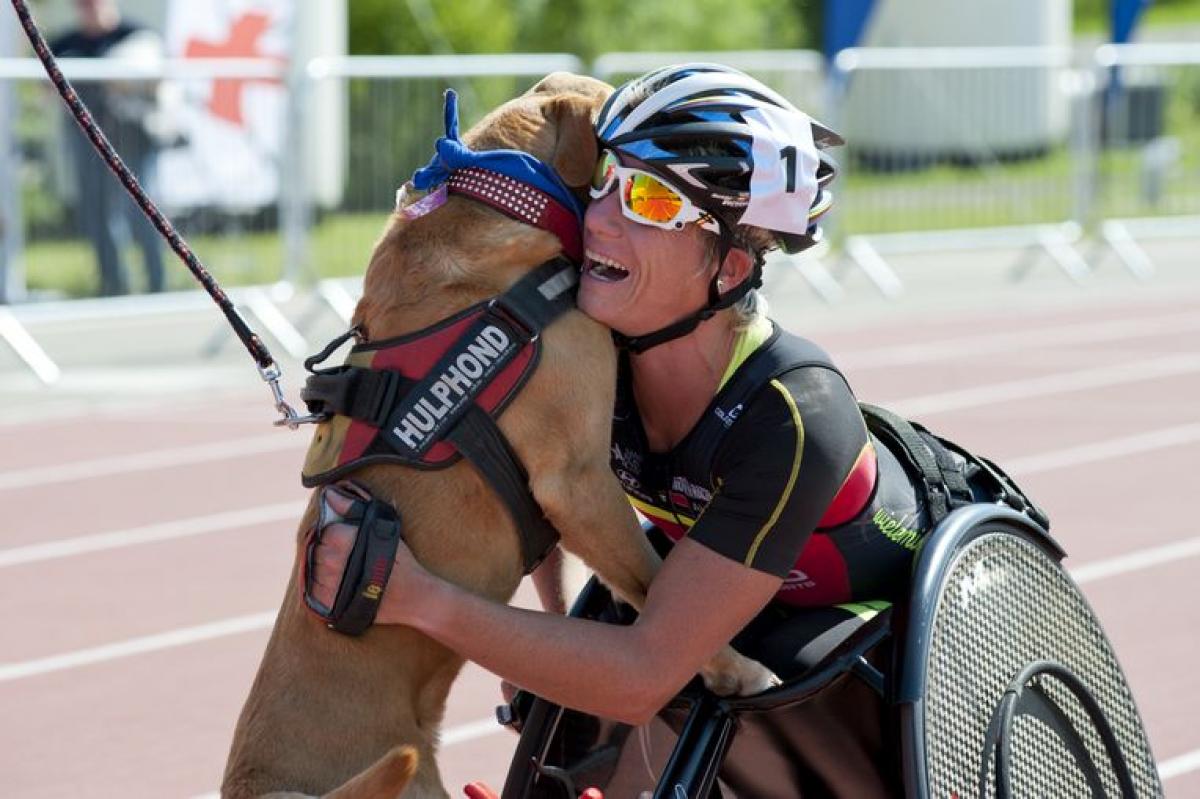 ”Marieke showed us what kind of athlete she is and has again been an example to all.”

The jury of the National Trophy Victor Boin, which annually recognises a different Belgian para-athlete for their performances, has announced that the 2014 winner is T52 wheelchair racer Marieke Vervoort.

Created in 1974, the annual award may be presented only once to an athlete during their career and recognises their performances and their role within the Paralympic Movement. The trophy is named after the former president of the Belgian Olympic Committee, Victor Boin, famous for his commitment to the development of the Paralympic Movement and the integration of athletes with an impairment.

In 2014, Vervoort staged a remarkable comeback from a serious shoulder injury sustained during the 2013 IPC Athletics European Championships in Lyon, France. In May, at the IPC Athletics Grand Prix in Nottwil, Switzerland, she set new world records over 1,500m and 5,000m. A month later she set a new 800m world record, surpassing the time of her great Canadian rival Michelle Stilwell.

Unfortunately injuries and a lack of competition limited her track opportunities during the year.

According to the president of the jury Professor Roland Renson, selecting the winner was not easy: "In comparison with previous years, the jury has received many outstanding candidates, all worthy of being distinguished. The trophy is gaining importance for athletes with disabilities, which we can only rejoice.

"After her accident at the World Championships in Lyon in 2013, a return to the highest level was not expected. But with her comeback, Marieke showed us what kind of athlete she is and has again been an example to all.”

Anne d'Ieteren, President of the Belgian Paralympic Committee, agreed with Renson: "We all hoped that Marieke would make a comeback after her injury. After a great start to the season, she unfortunately had to endure another blow with these burns. Her umpteenth return at the beginning of this year reconfirms her exemplary role. We hope that luck will smile on her in 2015 and this trophy will give her an extra boost.”