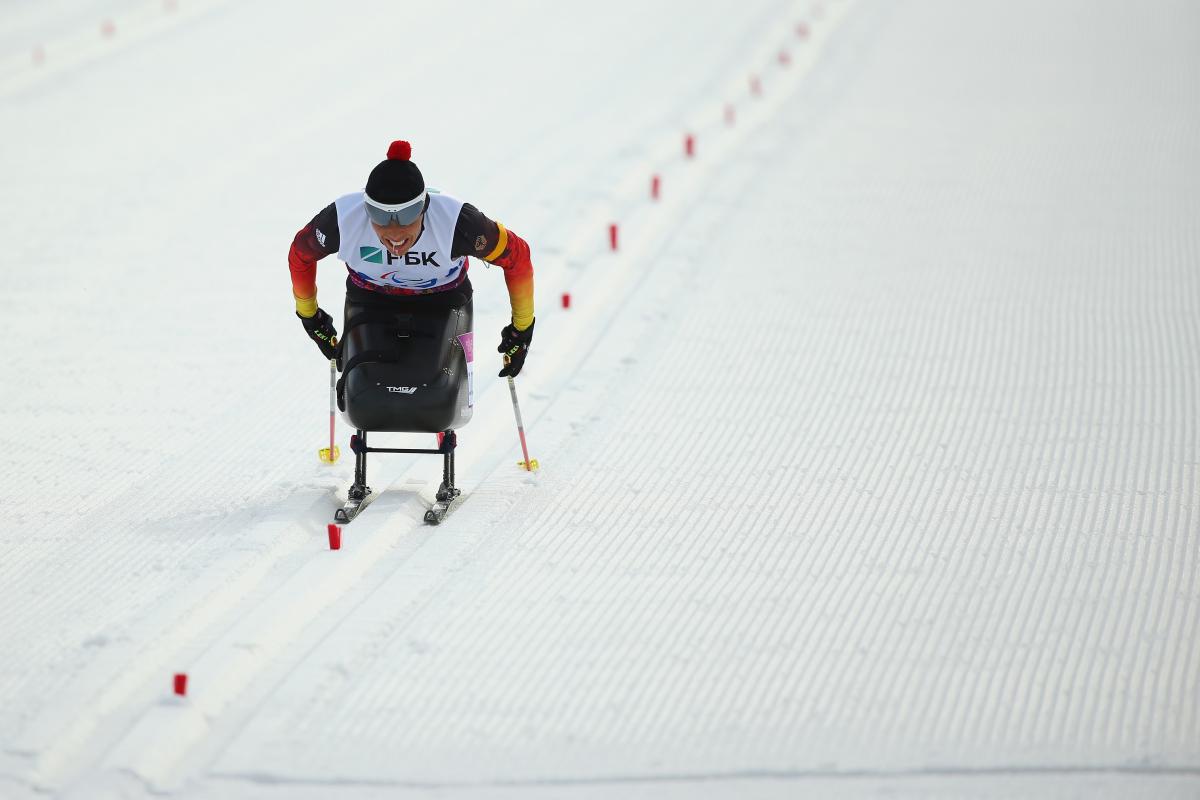 In the 12km, more summer Paralympians will be joining Tatyana McFadden at the start line. Germany’s Andrea Eskau will be looking to add the historic gold medal she won earlier on Day 1 in the women’s 6km sitting biathlon.

The long distance cross-country skiing medal events for athletes in the sitting class start on Sunday (9 March) with a lot of key names in action, including the USA’s Tatyana McFadden, who will make her Paralympic Winter Games debut when she competes in the women’s 12km sitting event at 12:30 (MSK).

The 24-year-old, a Russian adoptee, is a big star in athletics after winning six titles at last year’s IPC Athletics World Championships in Lyon, France, to go along with her three Paralympic golds on the track.

McFadden is also the only athlete ever to complete the Marathon grand slam after claiming all four Marathon titles in London, New York, Boston and Chicago.

Now, she has qualified for four cross-country skiing events at Sochi 2014 after switching over to the snow.

In the 12km, more summer Paralympians will be joining McFadden at the start line. Germany’s Andrea Eskau will be looking to add the historic gold medal she won earlier on Day 1 in the women’s 6km sitting biathlon.

Eskau, who claimed two gold medals in handcycling at London 2012, became only the second female athlete to win gold in consecutive Summer and Winter Paralympic Games cycles. Eskau finished eighth in the long-distance event at Vancouver 2010.

McFadden and Eskau will attract the media spotlight, but the favourites just might be Belarus’ Liudmila Vauchok and Canada’s Colette Bourgonje, who took gold and silver, respectively, in the women’s long-distance sitting race at the last Winter Games

Russia’s Svetlana Konovalova, and the USA’s Oksana Masters – a London 2012 bronze medallist in rowing – will also be in action in the event.

Prior to the women’s race, the men kick off the day’s action at 10:00 (MSK) in the men’s 15km sitting event, and Russia’s Roman Petushkov and Irek Zaripov are both expected to be at the top of the pack.

Petushkov was crowned the overall 2013-14 IPC Nordic World Cup champion in biathlon and cross-country skiing and won silver in the 15km sitting race at Vancouver 2010.

But Zaripov is the defending Paralympic champion in the distance and looking to regain the top form he was in four years ago.

Japan’s Kozo Kubo will also be in the thick of the race after claiming five podium finishes on the IPC Nordic Skiing World Cup circuit earlier this season.