McFadden finally gets her gold 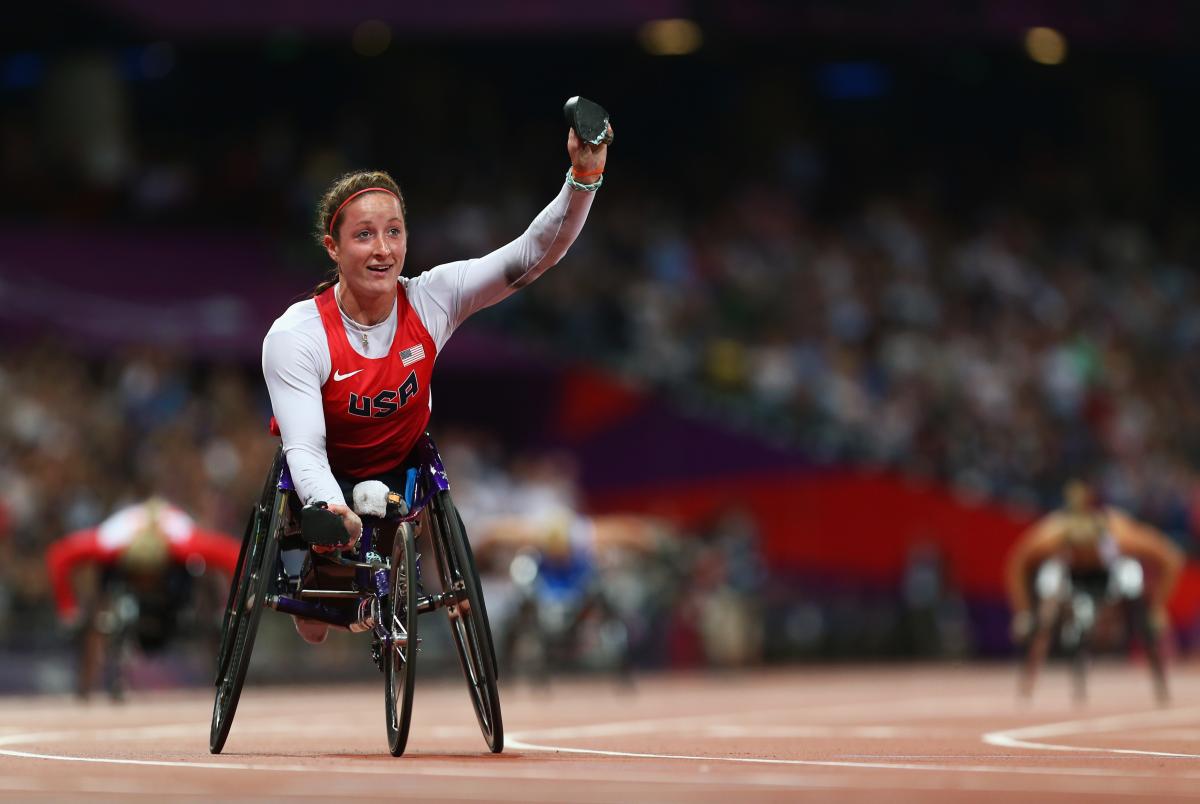 A triple silver medallist in Beijing, with a silver and bronze from Athens also in her medal collection, McFadden was the clear favourite going into the event, having dominated the track at the 2011 IPC Athletics World Championships with four golds, a silver and a bronze.

And success for the American looked inevitable from the outset, as she went flying down the back straight pulling clear of her rivals and crossing the line in a personal best time of 52.97.

“This is my third Games and I was just itching for a gold medal,” she said. “I had to focus on the start, the transition and the finish. I didn’t know how far ahead I was but I knew if I slowed down at all then the others would catch me up.”

Track success continued for the US team when 18-year-old Raymond Martin added another Paralympic gold medal to his tally with victory in the men’s 400m T52. Martin had already clinched gold in Sunday’s 100m T52 and his strength out of the blocks was clear to see, before pulling away in fine style from 49-year-old Tomoya Ito with 100m to go.

Lining up against the Japanese world record holder didn’t faze the teenager from Jersey City.

“It feels amazing,” he said. “Once you get on the track, I don’t care who you are, how old you are, I’m just on the track myself, doing my race.”

Ireland’s middle-distance star Michael McKillop also claimed his second gold of the Games, with victory in the 1,500m T37. McKillop, who won double gold at the IPC World Championships in New Zealand last year, made it look easy as he waved to the crowds down the home straight.

One man dominated the field in the men’s 5,000m T12 final. El Amin Chentouf’s determined quest for gold was apparent after one lap, as he stretched the field with just Tunisia’s Abderrahim Zhiou and Kenya’s Henry Kirwa managing to stay in touch. But even they were unable to keep up with the Moroccan who continued to pile on the pressure. Finishing 200m clear of the field, Chentouf smashed Kirwa’s previous world record with a time of 13:53.76.

“I was surprised to get so far ahead but I have been training hard twice a day in Morocco,” Chentouf said. “I have been in the Moroccan team for two years and before that I only ran to keep in shape. This is medal is going to change my life.”

Another world record fell in the men’s 1,500m T11, courtesy of a superb run by Samwel Mushai Kimani. Brazil’s world champion Odair Santos took an early lead but the Kenyan sprinted past with 200m to go and crossed the line to stop the clock at 3:58.37.

There was a star-studded line-up in the final of the men’s 400m T38, but it was the world champion Mohamed Farhat Chida who stole the show, easing up as he crossed the line in first place to successfully defend the title he won four years ago.

“It was all about the winning tonight,” he said. “Training has been going really well the past couple of weeks so I knew I was a big contender for the gold. The conditions on the day were perfect.”

Cuba’s Omara Durand added Paralympic gold to the World Championship title she won last year with victory in the 400m T13. The 20-year-old ran strongly in the outside lane and crossed the line in 55.12 - a new Paralympic record. World silver medallist Somaya Bousaid finished second on the podium once again.

Germany’s Birgit Kober broke her own F34 world record to take gold with her final throw of the night in the javelin F52/53/33/34. The 41-year-old scored 1,230 points (27.03m), with her young compatriot Marie Braemer-Skowronek clinching silver.

There was a nail biting finish to the men’s high jump F42, with three athletes clear on 1.74m. But none managed to clear 1.77m and so gold went to Iliesa Delana on count back, with Girisha Hosanagara Nagarajegowda taking silver and Lukasz Mamczarz the bronze. 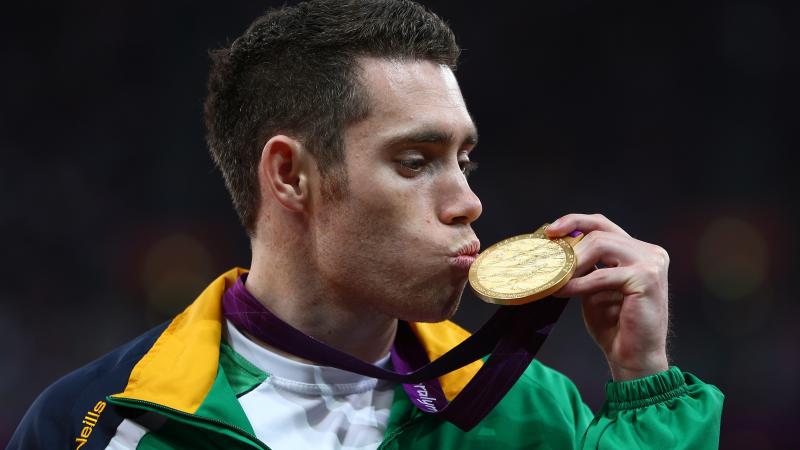