After victory in Boston on Monday, American celebrates her 24th birthday with London success 21 Apr 2013
Imagen 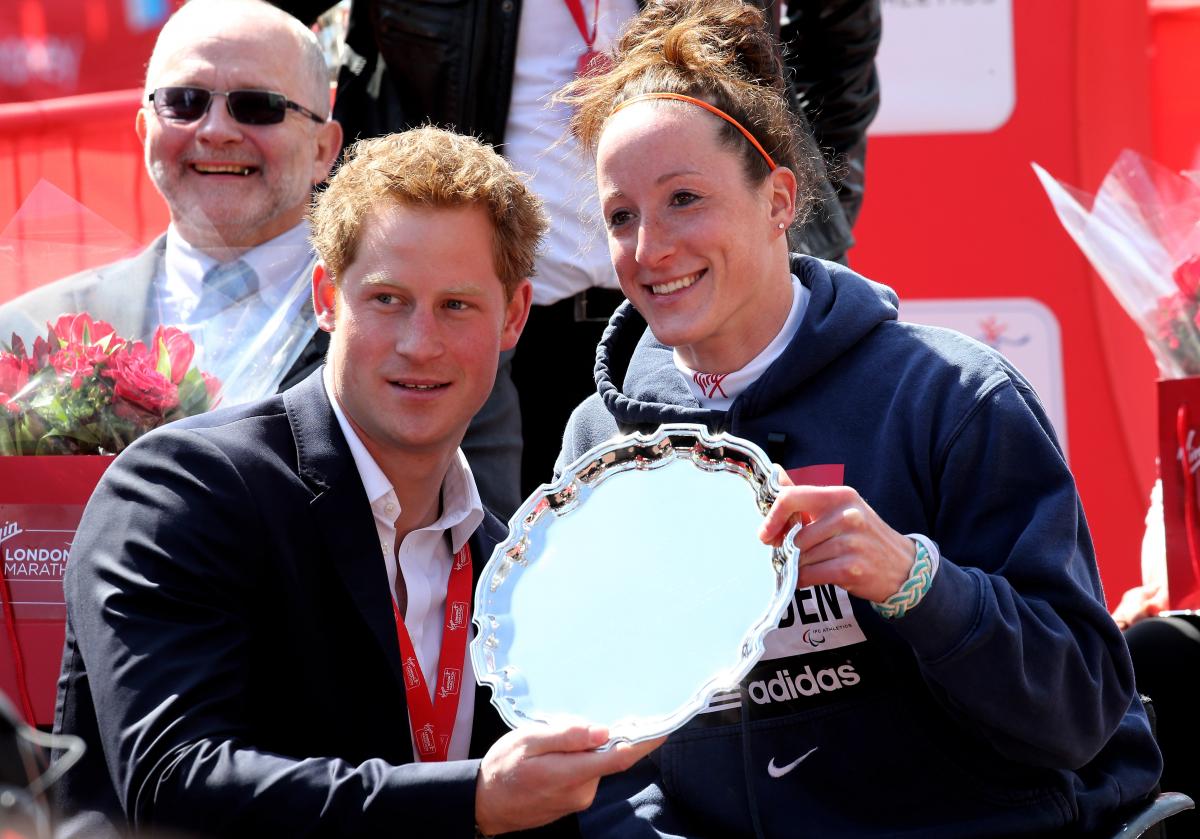 America’s Paralympic star Tatyana McFadden celebrated her 24th birthday with her second marathon victory in the space of a week, crossing the line ahead of compatriot and University of Illinois team mate Amanda McGrory to win the Virgin London Marathon on Sunday (21 April) just six days after triumphing in Boston.

The win was that bit more special for McFadden, who had been determined to show her support for those affected by the tragic events that took place during the Boston Marathon on Monday (15th April).

“This win means a lot to me because the support from London was huge,” she said. “The marathon community came together to help out Boston and that meant the world to me.

“The claps and cheers were phenomenal, and it was the best support that I’ve ever received, so it made the win really exciting and memorable. The win was definitely for the people back in Boston.”

McFadden was one of the strong favourites in the field of eight elite wheelchair racers in London, despite never previously having enjoyed success over the winding, and often bumpy, 26.2 mile course.

Last year she finished in eighth position after suffering punctures to her tyres; she suffered a similar fate during the marathon at the 2012 Games, but this time around there was no such disappointment.

“I was nervous because of what had happened here before, and I knew I would be pretty upset if I punctured because I’ve had no luck here. I even flatted at the Paralympics, so finally to have a clean race was amazing,” she said.

At the 20km mark, McFadden was up at the front of the pack alongside her training partner and World bronze medallist McGrory, and the pair continued to pull away as each mile passed.

At the half way stage McGrory – who finished third in Boston - clocked 00:52:12 with McFadden following one second behind, with the rest of the field 27 seconds further back.

“We worked together a little bit – we were in a pack for a while, so I didn’t know what was going to happen but we just played to our strengths,” explained McFadden. “The girls are strong so it was hard, but around mile ten we finally made the breakaway. The course is so flat, with lots of turns, so you have to use your strengths wisely.”

Sure enough, the pair turned up the Mall well clear of their rivals, but it was McFadden who pushed ahead as they approached the line, setting a new course record of 01:46:02 in the process.

“No matter how tired you are, I always try and conserve a little bit for a sprint,” she explained. “If you are coming in with a pack, or with two racers, it will always come down to a sprint.

“We were both working hard together to keep that distance so we were both exhausted in the end. Just having that one-two finish from the University of Illinois is always so much fun.”

There will be no big birthday bash for McFadden tonight though – instead, it’s an early night as she prepares to head back across the Atlantic to return to her studies. Not a typical week away for any University student – but then McFadden is no ordinary athlete.