Irish middle-distance runner takes 15 seconds off his world record with an emphatic performance at London 2012 test event. 08 May 2012
Imagen 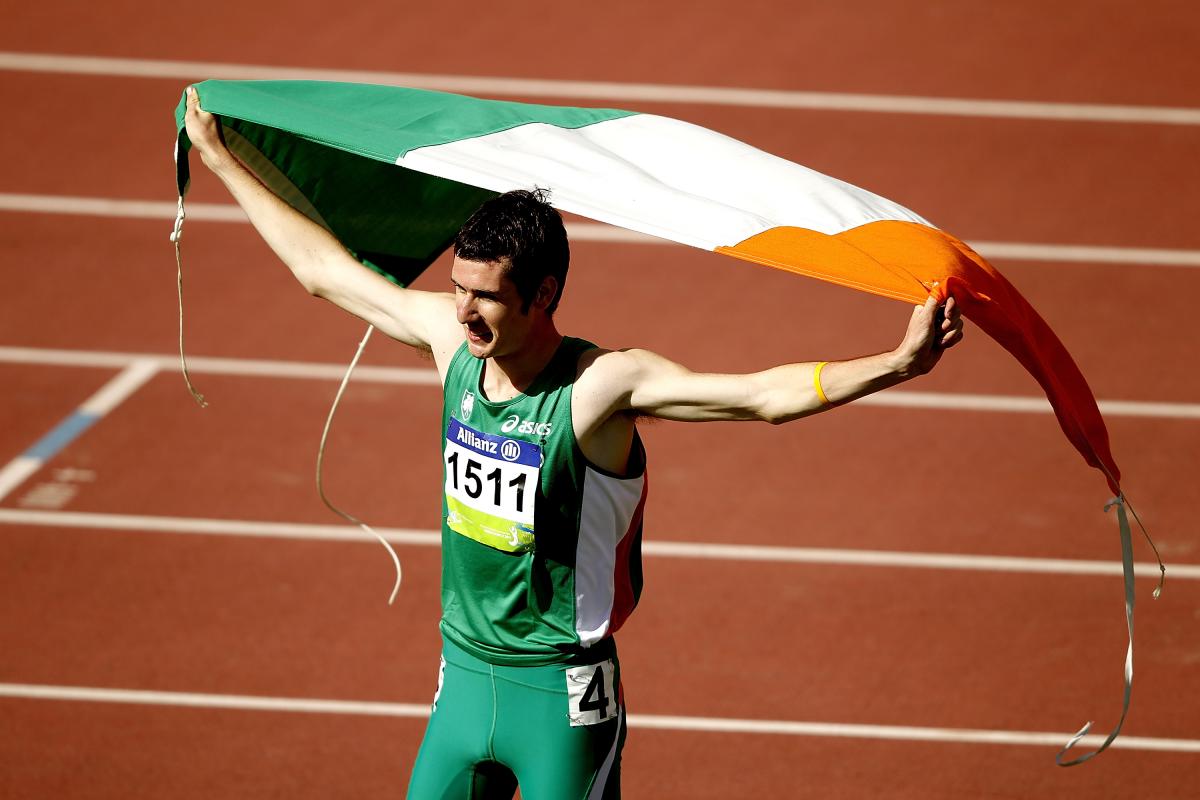 “It was incredible and enjoyable and an experience I wanted to get out of my system.”

Ireland’s Michael McKillop became the first male athlete to set a new world record in the London 2012 Olympic Stadium after taking a staggering 15 seconds off his 1,500m best time at the Visa London Disability Athletics Challenge.

McKillop was not only delighted to have set a new world record but also to have competed in the 80,000 seater Olympic Stadium ahead of this summer’s Paralympic Games.

“It was incredible and enjoyable and an experience I wanted to get out of my system,” said McKillop who won 800m Paralympic gold in Beijing in 2008.

“It’s one of those things - you want to walk into a stadium for the Paralympic final without worrying or thinking ‘oh my god’ the stadium is huge or the track bigger.

“It’s only a 400m track with lots of seats around it basically, so it’s similar to where I train which is also a 400m track. I’ve just got to get used to it,” he added.

The Antrim athlete was also delighted to seal his place in history as the first male athlete to set a new world record in the Olympic Stadium, and was thankful to have run against a number of ‘faster’ T20 athletes with an intellectual impairment who could act as pacesetters.

“It’s nice to be here and breaking a world record. Being the first male to do it in this stadium is quite a nice thought and I’m happy,” said McKillop was in second place going into the final lap.

“Whenever I step on the track, whoever I’m racing I always want to beat them and today I knew I was capable of running 3:59.”

Following his record-breaking performance in the Olympic Stadium, McKillop will start as overwhelming favourite for the 800m and 1,500m T37 events at London 2012.

At the Paralympic Games 1,100athletes will compete in track and field events, cotesting 170 medal events.