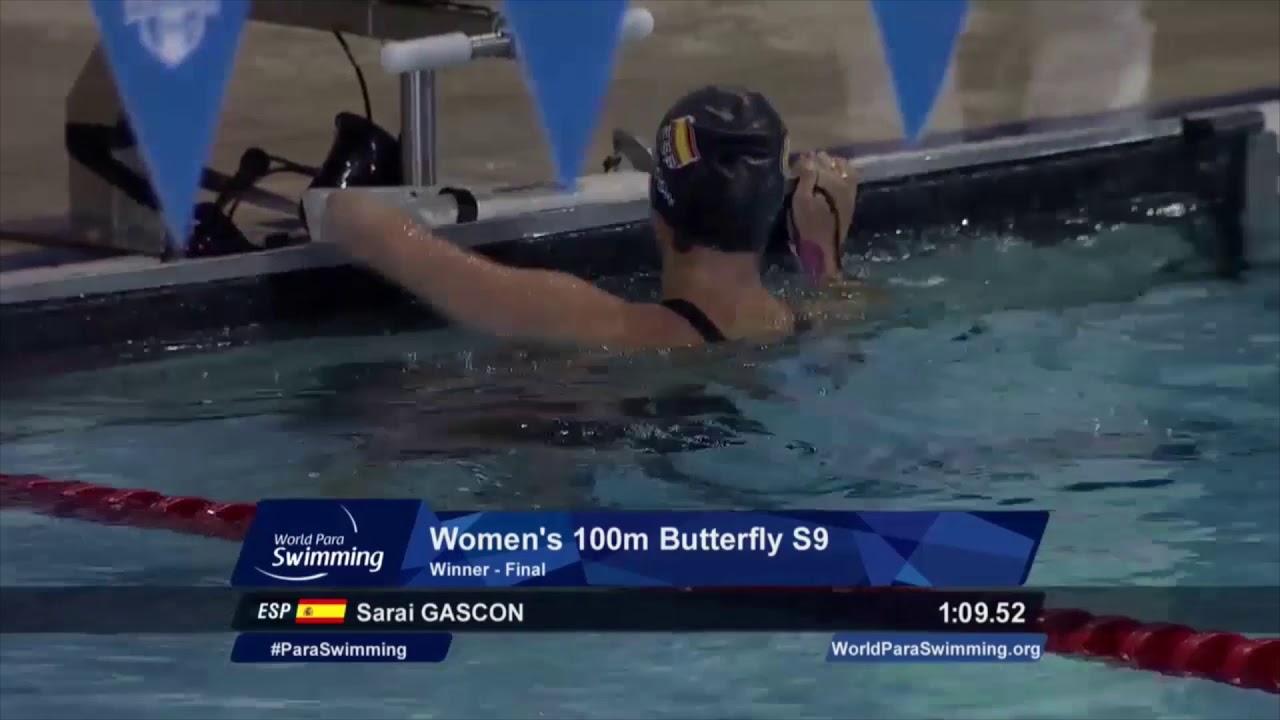 Sarai Gascon claimed her second gold over two races on day five (6 December) of competition at the World Para Swimming Championships in Mexico City, and Spain are now in sixth place in the medals table thanks to nine golds, 12 silvers and 19 bronze.

Mexico City 2017 is now Gascon’s most successful World Championships to date. Before this week she had never won more than one gold at a single competition.

Her compatriot Nuria Marques Soto had to settle for bronze in what had been billed as a Spanish showdown after clocking 1:10.27.

Five-time Paralympic champion Wenpan Huang continued his winning streak in Mexico City as he set a new world record of 38.81 in the men’s 50m freestyle S3. The Chinese has now won three golds and one bronze at the World Championships. He was followed by Mexico’s Diego Lopez, who set an Americas record of 39.70, and Italy’s Vincenzo Boni (46.71).

Brazil’s Daniel Dias performed a clean sweep at Mexico City 2017 as he took his fourth individual gold – and sixth overall - in the men’s 200m freestyle S5. His compatriot Andre Brasil touched in first in the men’s 100m butterfly S10 to also make it four individual golds in Mexico. “This means a lot, it's tiring as it is already the fifth day. I am very happy because what I planned to happen happened,” he said.

Ihar Boki also looks unstoppable as he claimed his sixth individual world title in the men’s 200m individual medley SM13. If he wins the men’s 100m freestyle S13 on 7 December, he will have won seven golds at a single edition of the Worlds, something he has never achieved before.

It was another successful day for US swimmers. Jessica Long claimed gold in the women’s 100m butterfly S8 and the 400m freestyle S8. It means she leads the individual medal standings at the Championships with seven golds – five individual and two relay.

“I think it’s really awesome with the young swimmers coming. And that´s kind of everything is all about, the next generation,” said Long.

Colleen Young delivered another superb performance by setting a new Championships record of 1:17.21 in the women’s 100m breaststroke SB13 to win her first gold medal at the 2017 World Championships.

McKenzie Coan rounded off her performance in Mexico City with a third gold, this time in the women’s 400m freestyle S7.

Carlotta Gilli closed an outstanding breakthrough World Championships with another gold in the women’s 200m individual medley SM13, rounding off the event with six golds and one silver. Her compatriot and 2017 World Series champion Monica Boggioni took her second gold at Mexico City 2017 in the women’s 50m freestyle S4.

Katarina Pelendritou was the fastest in the women’s 100m breaststroke SB12 with a time of 1:18.01, ahead of Belarus’ Anastasiya Zudzilava (1:22.11) and Argentina’s Anabel Moro (1:30.57). It is the fourth consecutive World Championships that the Cypriot swimmer has won this event.

“It was very difficult because as a European I had to get used to the weather here. But I am happy,” she said.