New Zealand’s multiple Paralympic and worlds medallist will be the voice of para-sport shooters around the world. 10 Dec 2014
Imagen 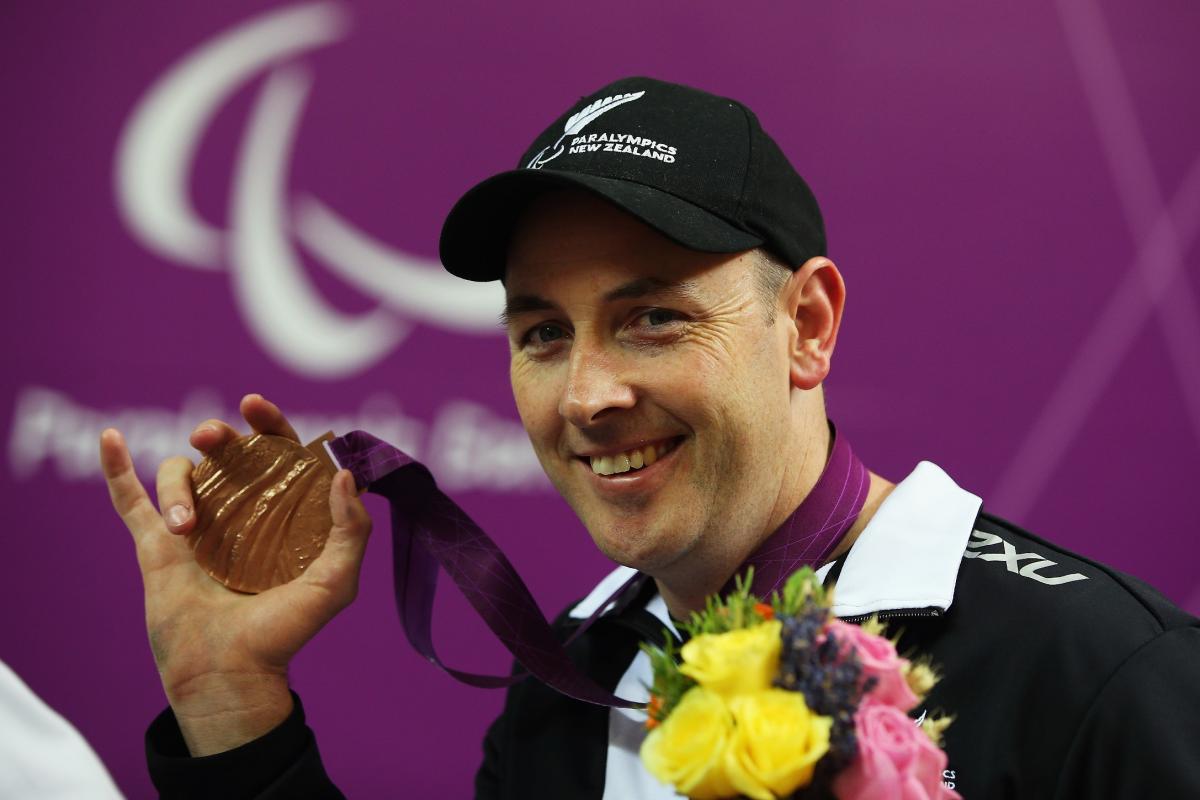 “I am really looking forward to representing the views of athletes at the highest levels of the sport, and using innovative ways to gather feedback and communicate with them."

Johnson, who has competed at every Paralympic Games since Athens 2004 and won his latest medal at July’s World Championships, is one of the most recognised and well-respected faces on the circuit.

“I am really looking forward to representing the views of athletes at the highest levels of the sport, and using innovative ways to gather feedback and communicate with them,” Johnson said.

“I have lots of ideas including creating a group of shooters from around the world to help shape the ongoing development and progress of the sport.

“I also really want to use social media and technology as a way of speaking to people around the world, for example Google Hangouts, Facebook and Twitter.”

Todd Nicholson, Chairperson of the IPC Athletes’ Council, said: “The new Athlete Liaison Officer offers the chance to formally involve more individual athletes in each sport as expert voices and to help create a structure within each sport to open the lines of communication between the athletes and the decision makers.

“I am delighted to welcome Michael to this role. The IPC Athletes Council looks forward to working with him on IPC Shooting matters and further move towards helping the IPC have an athlete’s voice within all the sports.”

Sarah Bond, IPC Shooting Sport Manager, said: “Mike is one of the most prolific shooters within the sport and I am delighted to welcome him as the Athlete Liaison Officer.

“The athlete voice is crucial to the progress of IPC Shooting. His experience and knowledge will help us to even higher levels, and keep the momentum going after the most successful World Championships ever in Suhl, Germany, this year.”

The role is part of an overall strategy by the International Paralympic Committee (IPC) to expand the network of athletes involved in the organisation of each of the sports under its governance.

Johnson will act as the liaison between the overarching IPC Athletes’ Council and IPC Shooting’s Sport Technical Committee (STC), but will not sit on the Council.

He will also organise athlete gatherings at major events and attend STC meetings and Sport Forums.

The New Zealander made his international debut in 2002 before competing in rifle at Athens 2004 where he won his first Paralympic gold medal. He went on to win bronze medals at Beijing 2008 and London 2012, and has won four World Championships medals since 2006.

Johnson also serves as a coach for Parafed Auckland, was the Flag Bearer for his country at London 2012 and was awarded the New Zealand Order of Merit in 2011 for services to para-sport.

Athletes interested in contacting Michael Johnson in his capacity as the Athlete Liaison Officer for IPC Shooting should contact: athleteshootingrep@outlook.com