Modin loses guide as he tries to keep pace with McKeever

After two successful Paralympics, Swedish Nordic skier Zebastian Modin is on the hunt for a new guide. 13 May 2014
Imagen 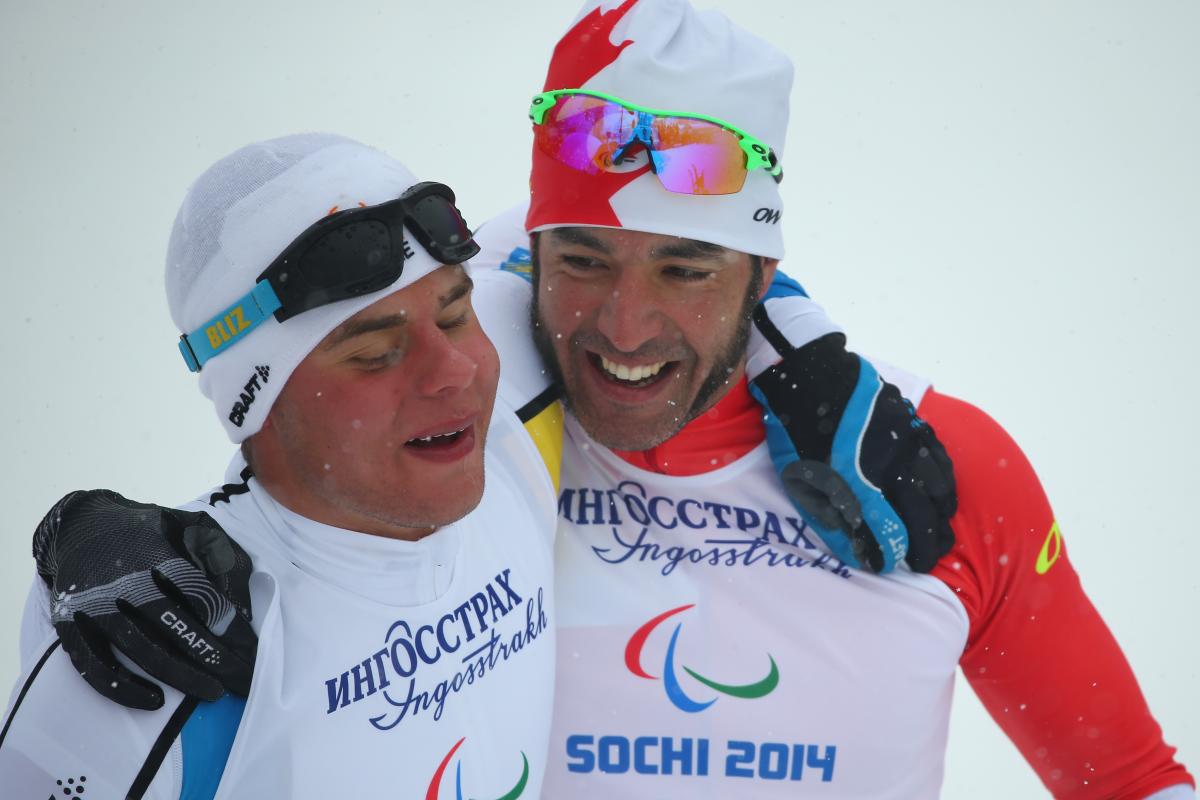 MEN TO WATCHOUT FOR: (L) Sweden's Zebastian Modin and Canada's Brian McKeever
ⒸGetty Images
By Richard Waterhouse | For the IPC

“He told me a month ago that he doesn’t have the motivation to practice for four more years because he knows how much effort he needs to put in, but it is a great decision for him to decide now instead of next year or in two to three years.”

Nineteen-year-old Zebastian Modin is hoping to become the best visually impaired cross-country skier after a successful campaign at the Sochi 2014 Paralympic Winter Games.

After winning two silvers and a bronze in March, the Swedish skier and his guide, Albin Ackerot, achieved more than they hoped for.

“Zebastian has got a lot better over these last four years and he is training much more than he was when he was a rookie,” Ackerot said. “Even the results in Sochi were a bit of a surprise for us, but that just shows that he is one of the best.”

Unfortunately, last month, Ackerot quit as Modin’s guide – a substantial loss for Modin, who is now looking to find an immediate replacement.

“He told me a month ago that he doesn’t have the motivation to practice for four more years because he knows how much effort he needs to put in, but it is a great decision for him to decide now instead of next year or in two to three years,” said Modin.

In Sochi, Modin and Ackerot were runners-up in both the men’s 1km sprint visually impaired and 4x2.5km mixed relay. In the former, they were narrowly beaten by Canadian Brian McKeever by 1.8 seconds. They came through his heat with the fastest time of 4:11.6 and looked set to beat the 10-time Paralympic champion after his early fall, but he was unable to hold him off at the end.

Modin has now competed in two Paralympics despite still being in his teens. In 2010, he travelled to Vancouver at just 15 and was the youngest athlete to compete at those Games.

“For me I had a great experience in Vancouver,” Modin said. “There was a lot more media and a lot of spectators and everything was so much bigger since it was the Paralympics. (In Sochi), I knew what it was going to be like so it was a big advantage for me.”

Modin revealed that he was inspired to originally take up cross-country skiing by the people close to him, but that he was also motivated by the success of Canadian and fellow competitor, McKeever.

“I was told about him when I went to my training camp and one of my leaders mentioned that he was the best in our class,” Modin said of McKeever. “I then competed against him at the Paralympics in Vancouver and he was a great sportsman.

“He’s great for our sport. He is somebody that more athletes should be like as he raises the level and pushes everyone to do well.”

Meanwhile, after another successful Games, McKeever is setting out his plans for next season, which will be highlighted on the calendar by the 2015 IPC Nordic Skiing World Championships in late January.

“I’m gearing up for another training season, trying to find ways of getting over some lingering injuries and looking at strategies to push the level up a couple more notches,” McKeever said.

“We’re trying to make it fun and stimulating, and I’ll be looking for more top level races to focus on next winter.”