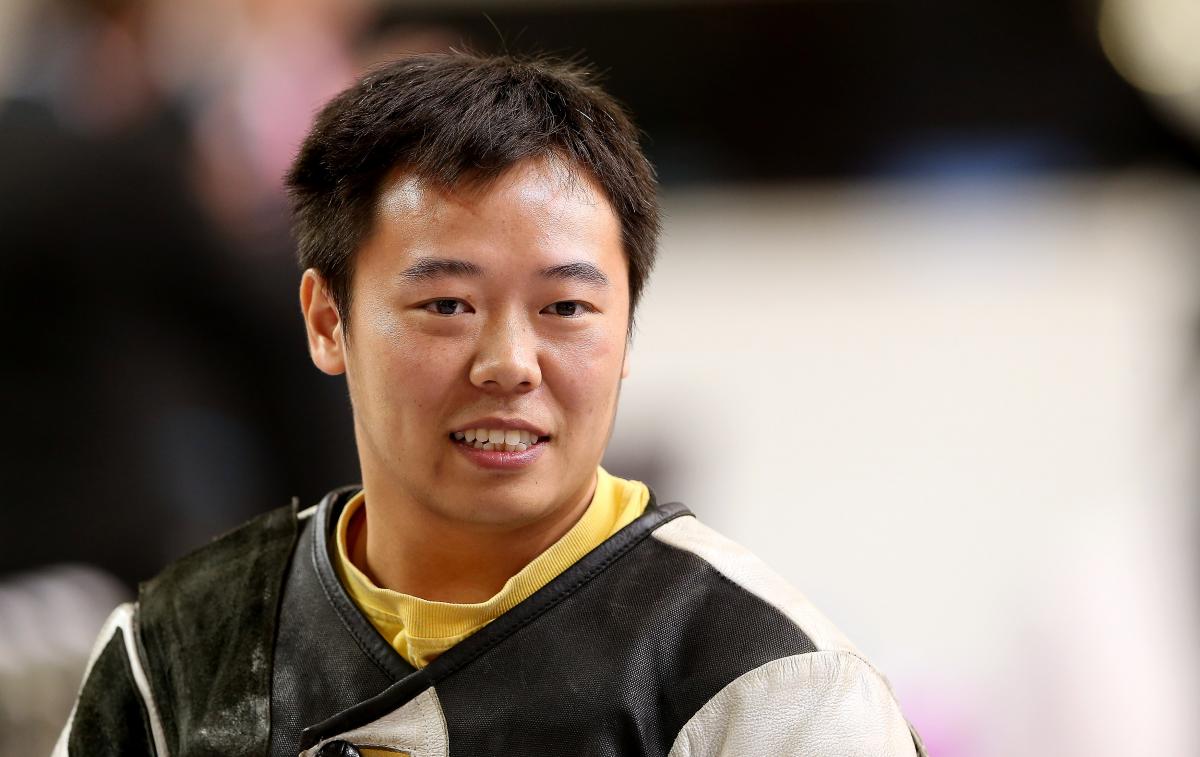 The Al Ain 2018 World Shooting Para Sport World Cup has seen many a trio of world records being set. But this year, they are coming in the qualification round.

Courtesy of a stellar qualification round, China’s Xiaolong Lou grabbed the top prize in the P1 (10m air pistol men SH1) at the 2018 World Cup in Al Ain, United Arab Emirates (UAE) on Friday (23 March). Lou found himself down early, but his last few shots carried him to the top.

He won the gold ahead of Indonesia’s Manish Narwal (234.6) and Ukraine’s Oleksii Denysiuk (213.9). Denysiuk topped Lou early on, but he quickly fell behind in the latter half of stage two.

Lou, at 581, also set a world record for the best qualification round in the P1. His score outpaced South Korea’s Chul Park’s 579 record set in September 2015.

As Park’s record was being broken, his compatriots were excelling in the team round of the P1. Riding early momentum, Jungnam Kim, Young Bae Kim and Youngkyun Seo all saw a gold medal performance with a 1678. This came after a competition-best 287 in series 4.

In the R1 (10m air rifle standing men SH1), Slovakia’s Radoslov Malenovsky was in top form. The star shooter led the entire day and ended with a record-breaking day capped off by a finals round score of 250.4. This beats South Korea’s Jinho Park’s 248.9 score from November 2017.

Trailing behind Malenovsky’s golden day was Chao Dong of China and Sungchul Ju of Korea. Dong (247.8) finished in second, and Ju (226.2) came in third.

The R1 (air rifle standing men SH1) saw another win for China. Carried by strong scores in the middle, Chao Dong, Dingchao Gou and Fugang Tian finished with a final score of 1852.7. This is Dong’s second gold medal in the team competitions at Al Ain 2018.

China continued its success in R8 the 50m (rifle 3 positions women’s SH1) with Yaping Yan. Yan found herself down and out of medal contention early, but her shooting in the standing elimination round took her to the top. Her 451.0 was just above Slovakian sharp shooter Veronika Vadovicova at 448.0. Sweden’s Anna Normann (434.6) came in bronze.