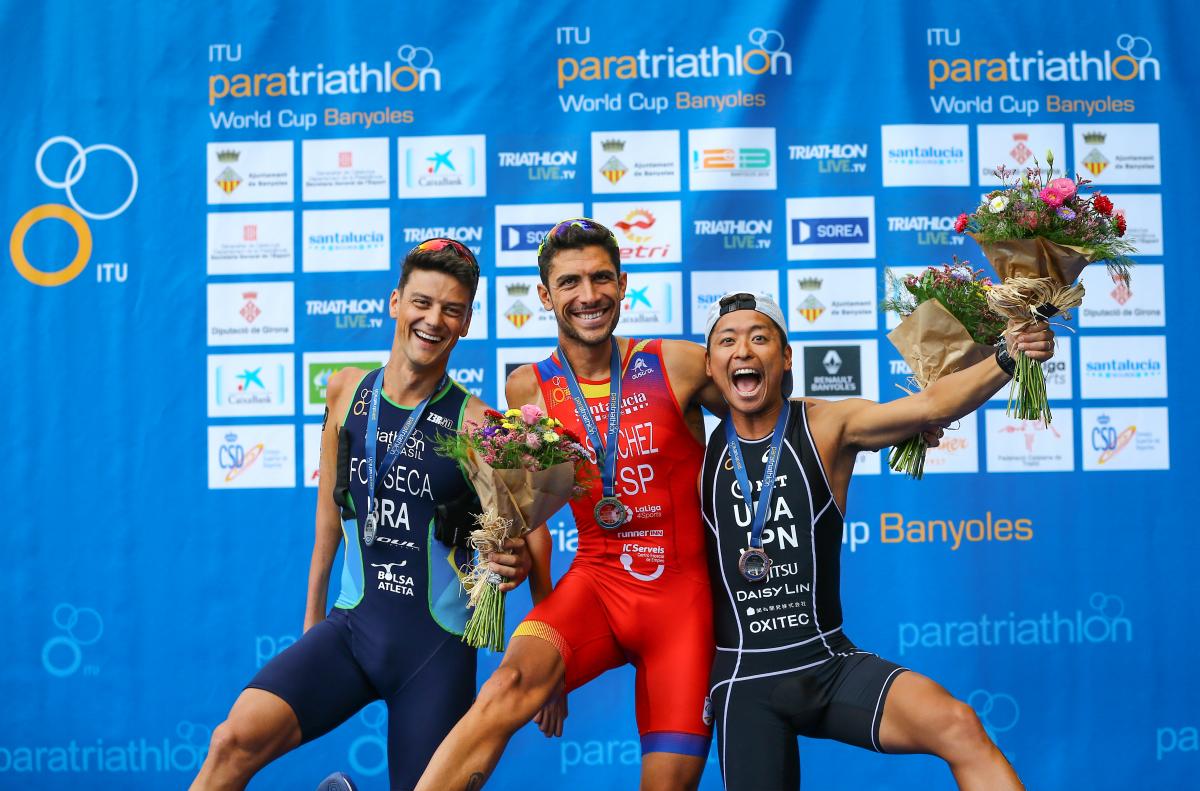 Alejandro Sanchez, Jorge Luis Fonseca and Hideki Uda finished on the podium in the men's PTS4 at the 2019 Banyoles World Cup
ⒸTommy Zaferes | ITU Media
By Adam Bailey | For the IPC

A week after being crowned world champions, Hector Catala Laparra and Dani Molina were back on the top step of the podium, this time on home soil to give Spain two of four gold medals at the Banyoles World Cup.

In the men’s PTVI, Catala Laparra followed up his Grand Final victory in Lausanne, Switzerland, with another gold. The newly crowned world champion finished 11 seconds ahead of France’s Arnaud Grandjean, with the USA’s Brad Snyder only 16 seconds further back in third.

Sixteen seconds was also the difference between gold and silver in the men’s PTS5, as Jairo Ruiz Lopez secured another Spanish gold medal in a closely fought race.

Just a couple of seconds separated the Spaniard and Brazil’s Carlos Rafael Viana heading into the final transition. But Ruiz Lopez produced the strongest 5km run to ensure Spain were celebrating at the line.

A dominant performance from Alejandro Sanchez Palomero delivered another home victory. The world bronze medallist led from start to finish to continue his strong year, finishing more than a minute ahead of Brazil’s Jorge Luis Fonseca.

A strong run from Hideki Uda of Japan secured his place on the podium after back-to-back fourth place finishes.

Lauren Parker was another world champion from Lausanne back in action. And the Australian was also back on the top step with gold ahead of her compatriot Emily Tapp in the women’s PTWC.

A dominant swim and handcycle leg gave the newly crowned world champion a commanding lead heading onto the run. Although her advantage was cut by an impressive run by Tapp, Parker had already built enough of a lead to cross the line 38 seconds ahead of Tapp. Eva Maria Moral Pedrero of Spain was third.

A second gold medal followed for Australia in the women’s PTS5, with Kate Doughty ending her season with her second World Cup win of 2019.

Heading onto the run, Stockwell was over a minute-and-a-half behind the race leaders but found a way to make up ground. Silver went to Japan’s Yukako Hata, bronze to Italy’s Veronica Yoko Plebani.

Italy’s Anna Barbaro took the tape ahead of US duo Elizabeth Baker and Amy Dixon to win the women’s PTVI, holding off the charge of Baker by 35 seconds.

In the men’s PTWC, the bike speed of Alexandre Paviza was key to the Frenchman’s victory over Japan’s Jumpei Kimura and Australia’s Nic Beveridge.

Russia’s Vasilii Egorov claimed his first win of 2019 in the men’s PTS2, finishing ahead of Spain’s Lionel Morales and the Netherlands’ Maurits Morsink.

Mami Tani of Japan was the quickest across all three disciplines in the women’s PTS4. Australia’s Sally Pilbeam and Spanish debutant Marta Frances Gomez followed up, respectively.

Complete results for the 2019 Banyoles Para Triathlon World Cup can be found on the International Triathlon Union’s website. 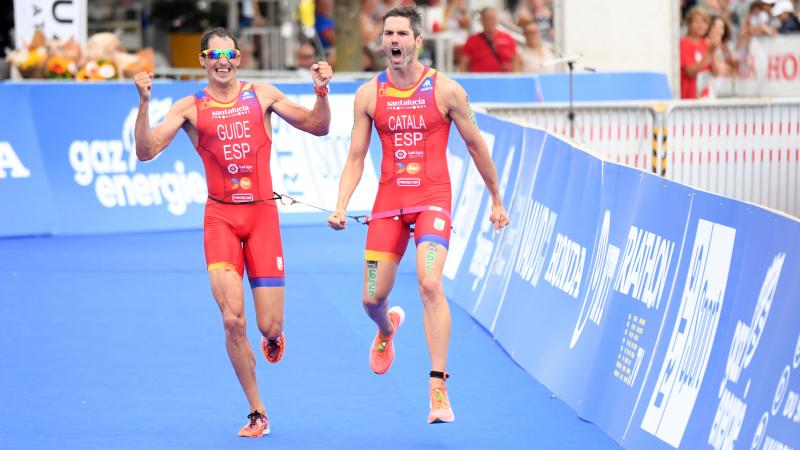