New Zealand ready for return to the big time 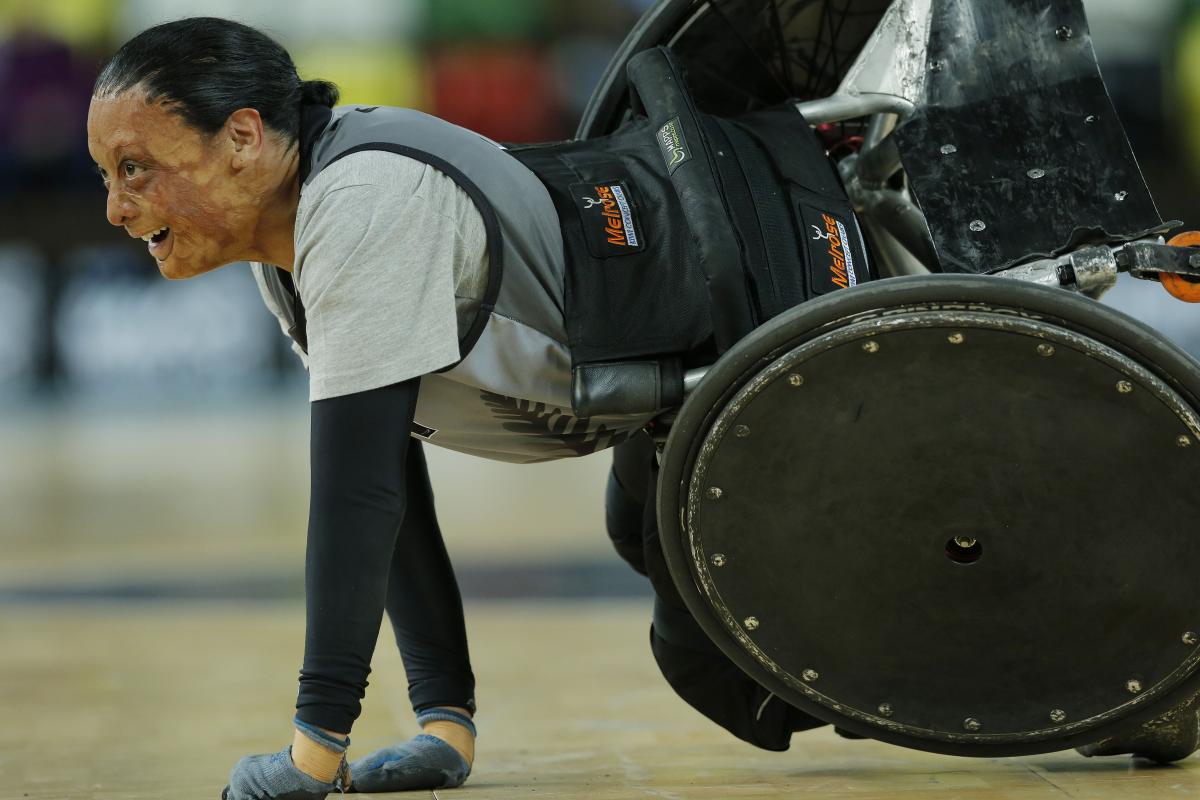 ⒸTom Jenkins
By Beau Greenway | For the IPC

“We have been going pretty well, our team is definitely improving all the time. We just need more opportunities to play against more international teams.”

New Zealand has a fight on its hands to return to the world’s elite during the coming year.

The Wheel Blacks are one of several teams vying for the final four positions at the 2018 IWRF World Championships in Sydney, Australia, next August.

However, one of their star players Maia Amai has other ideas.

Amai, the only female player in the New Zealand squad and one of a handful of women playing wheelchair rugby at the top level around the world, is confident the side can turn their fortunes around and become a force once again.

The Wheel Blacks claimed the gold medal at the Athens 2004 Paralympic Games, but have lacked consistency on the world stage ever since.

New Zealand has one more chance to claim at spot at next year’s World Championships at a qualification tournament scheduled for March or April.

When quizzed about New Zealand’s chances of making it through, Amai’s answer was simple.

“Yes we can and we will,” Amai said. “We have been going pretty well, our team is definitely improving all the time. We just need more opportunities to play against more international teams.”

The Wheel Blacks have a very different team to the one that contested the most recent World Championships in Odense, Denmark, in 2014, where New Zealand was edged out 52-50 by Sweden in the seventh place playoff.

Including Amai, only four players from that squad remain in the New Zealand ranks, but she feels she has taken her game up a notch since her last appearance at a major tournament.

“My biggest strengths are probably my defence, speed and being a female because our team gets to play with half a point more than the others,” she said.“But I still have a lot to work on.”

Amai will also be one of the headline acts at the 2017 Women’s Cup International in Paris, France, on 2-3 December.

“My goals are to be the best female player at the Women’s Cup in Paris and to qualify for next year’s world championships,” she said

Amai is a proud advocate of attracting more female players to wheelchair rugby and isn’t worried about being the only woman in her team.