After winning six golds at London 2012, Nigeria’s powerlifting stars are back in action this weekend at the Fazaa International Powerlifting Championships. 21 Feb 2013
Imagen 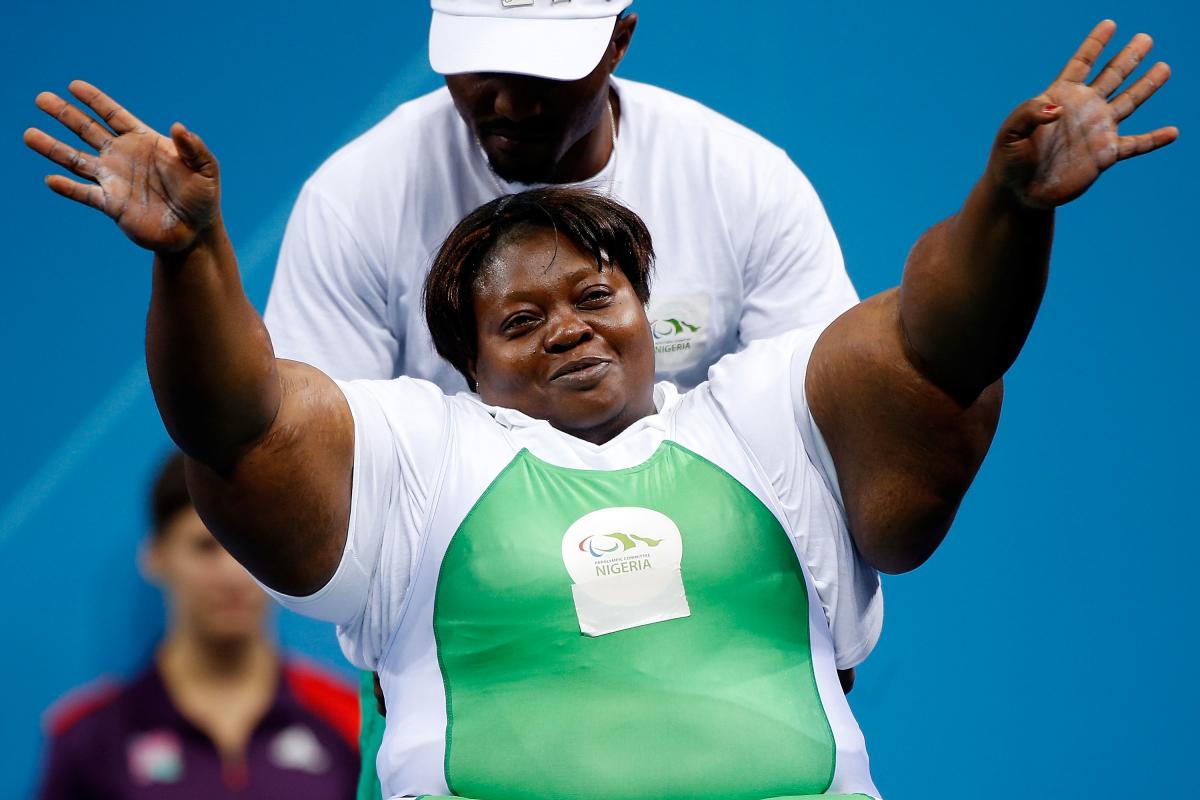 The African nation won 12 medals – six of which were gold – in powerlifting at the London Games less than six months ago.

Nigeria’s powerlifting stars will be hoping to repeat their success from the London 2012 Paralympic Games at the fifth Fazaa International Powerlifting Championships, which begin on Saturday (23 February) in Dubai and will draw 22 nations.

The African nation won 12 medals – six of which were gold – in powerlifting at the London Games less than six months ago.

Lucy Ejike, who won a silver medal in the breathtaking opening powerlifting event at the Games, will be looking to gain revenge on gold medallist Fatma Omar in Dubai. The Egyptian earned her fourth Paralympic gold medal in London in the women’s -56kg category for the third occasion.

Thirty-five-year-old Ejike acquired a silver medal in her Paralympic debut in the -44kg category at the Sydney 2000 Games, but went one better to take home the gold at the same event in Athens four years later, breaking the Paralympic powerlifting world record twice in the process.

At the Beijing 2008 Games, Ejike moved up one weight class and took gold in the -48kg event. She broke the world record with her first attempt, lifting 125 kg, before breaking the record again with a second lift of 130 kg.

In London, the Nigerian attempted what would have been a world and Paralympic record in the second round with a lift of 142kg, but the lift was judged unsuccessful.

Going into the third round, she was forced to up the weight to 142.5kg in order to try and win the gold medal but once again failed to complete the lift, finishing with a best lift of 135kg.

Nigeria’s high expectations for the Fazaa event are also on the shoulders of 35-year-old London gold medallist Grace Anozie. The veteran finally conquered her quest for a Paralympic gold medal in the +82.5kg category after 12 years of trying.

She managed to defeat her main rival from Egypt, Heba Ahmed, who was trying to defend her gold medal from four years previous. Ahmed will, however, not be taking part in the event in Dubai.

Nigeria’s lone male powerlifting gold medallist from London, Yakubu Adesokan, will also be participating at the event in Dubai. In the Fazaa event last year, Adesokan broke the world record of 175kg with a lift of 177kg on his way to winning the -48kg category.

Nigerian quartet Ivory Nwokorie, Esther Oyema, Joy Onaolapo and Loveline Obiji, who all won a gold medal in London, will also be competing at the event in Dubai.

Other London gold medallists competing include the Egyptian trio of Mohamed Eldib, Sherif Othman and Hany Abdelhady, as well as Frenchwoman Souhad Ghazouani.

The field of around 150 participants also includes 55-year-old Hungarian Csaba Szavai, whose career has competed for more than 20 years, including at the 1992 Paralympics in Barcelona.

The annual event will run from 23-27 February at the Dubai Club for Special Sports. 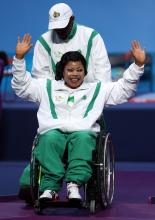